Andy Horowitz specializes in modern American history. His research explores disasters and the questions they give rise to about race, class, community, trauma, inequality, the welfare state, metropolitan development, extractive industry, and environmental change. He is the author of Katrina: A History, 1915–2015 (Harvard University press, 2020), Critical Disaster Studies, co-edited with Jacob Remes (University of Pennsylvania Press, 2021), and served as guest editor for “Human/Nature,” a 2021 special issue of Southern Cultures. He also has published essays in The Atlantic, Time, Rolling Stone, the Washington Post, and the New York Times.

Horowitz’s current research explores disasters and the questions they give rise to about race, class, community, trauma, inequality, the welfare state, metropolitan development, and environmental change. His first book, Katrina: A History, 1915–2015 (Harvard University Press, 2020), traces Katrina’s causes and consequences across a century in order to demonstrate how the places we live, and the disasters that imperil them, are at once artifacts of state policy, cultural imagination, economic order, and environmental possibility. Katrina won a 2021 Bancroft Prize in American History, and was named the 2021 Humanities Book of the Year by the Louisiana Endowment for the Humanities, and a 2020 Best Nonfiction Book of the Year by Publishers Weekly. Horowitz also co-edited Critical Disaster Studies (University of Pennsylvania Press, 2021), which charts a course for the future of the field of disaster studies, and served as the guest editor for Human/Nature, a Spring 2021 special issue of the journal Southern Cultures focused on the environment. His dissertation on the history of disaster in greater New Orleans won Yale’s George Washington Elgeston Prize for best dissertation in American history, and the Southern Historical Association’s C. Vann Woodward Prize for best dissertation in Southern history. Along with his academic writing, he has published essays in the Washington Post, The Boston Globe, Time, The Atlantic, and the New York Times.

Horowitz’s teaching ranges across five centuries of American history: north, south, east, and west, from city to wilderness. His course offerings include Twentieth Century America, American Environmental History, American Disasters: Political, Cultural, and Environmental Histories, The Katrina Disaster, Wilderness and Wastelands in the American Imagination, and The Climate Crisis. As a graduate student, he was awarded Yale’s Prize Teaching Fellowship twice. At Tulane, his teaching has been recognized with a William L. Duren ’26 Professorship.

"The Complete Story of the Galveston Horror: Trauma, History, and the Great Storm of 1900,"
Historical Reflections/Reflexions Historiques 41, No. 3 (Winter 2015)

Horowitz's work in the public humanities began with a 2001 college internship at the University of North Carolina's Southern Oral History Program. From 2003 to 2007, Horowitz was the founding director of the New Haven Oral History Project at Yale, a community-based learning and public humanities project at Yale. He developed an archive of over 200 interviews, taught Yale's first seminar on oral history, and produced museum exhibits on urban renewal, Holocaust memory, and neighborhood identity. In 2006, he coordinated "Imagining New Orleans," a collaborative effort of the Louisiana State Museum, the Southern Oral History Program, and the Beinecke Library at Yale to document the city's changes after Katrina. He is a former Policy Fellow at Yale's Institute for Social and Policy Studies, and a graduate of the Columbia University Oral History Research Office's Summer Institute and the Yale Public History Institute. From 2011-2014, Horowitz served as a mayoral appointee to the City of New Haven's Cultural Affairs Commission. He also has served as a contributing producer to the national public radio program American Routes. 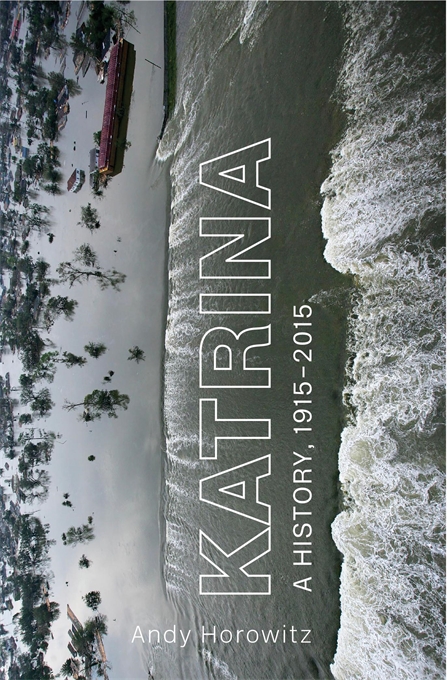 Andy Horowitz in the News