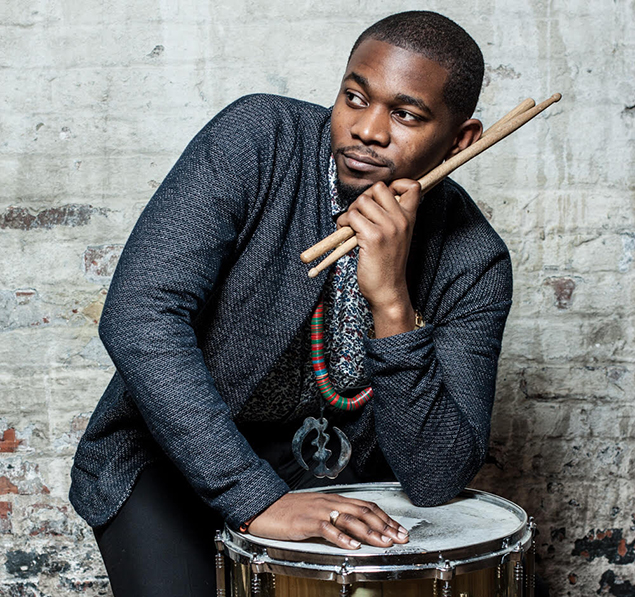 New Orleans native Joe Dyson has certainly been one to watch. He started playing music in his family's church at just two years old. After being noticed for his prodigious talent, Joe was placed in the Louis “Satchmo” Armstrong Summer Jazz Camp where he was groomed by the late, great clarinetist Alvin Batiste, and his longtime bandleader and mentor, alto saxophonist Donald Harrison Jr. He went on to graduate from the New Orleans Center for Creative Arts (NOCCA), and earned a Presidential Scholarship to his alma mater Berklee College of Music.

In addition to touring and recording, Joe has performed on the HBO hit series TREME, and the documentary Been In The Storm Too Long, hosted by Tavis Smiley. He can also be heard on the movie soundtrack Rachel Getting Married, by the late Oscarwinning director Jonathan Demme.

In 2015, Joe became an adjunct professor at Tulane University. For the past four years, Joe finds the time to give back to his community through a benefit concert he created entitled "Christmas in Treme." The proceeds help fund Holy Faith Temple “The Treme’ Church” outreach programs, including Computer Literacy, Vacation Bible School and “Food and Pantry.”

After releasing two full length albums with longtime friends The Bridge Trio, they will release their third album in September 2018. Additionally, Joe is working on new solo music. By Spring of 2019, his debut album will be released!

2015 Nomination for Best Album of the Year (The Search: Departure) The Bridge Trio
Best of the Beat Awards (OffBeat Magazine)