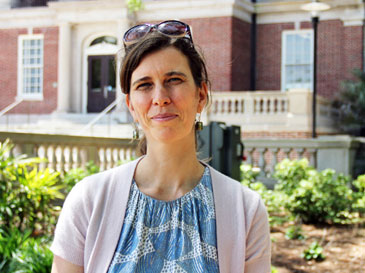 Over the past decade, the Internet and its ever more sophisticated search engines have dramatically transformed the primary research of every historian. Archives and public libraries all over the world have begun to digitalize their archival holdings and have made virtual copies available online. Given the magnitude of data and materials only one mouse click away, the years of sitting in the poorly heated reading rooms of archives without a sufficient number of electrical outlets for the many laptops of researchers seemed to be over. I was thus surprised to find my long-term book project on the role and importance of private photography in the post-war Germanies reframed in the last minute by the chance encounter of new materials and tangible (not virtual) collections during my recent sabbatical in Berlin Germany.

I have been fascinated with the power of images since childhood; my mother has been a professional photographer and photographs have been ubiquitous when I was growing up. My mother’s photo archive does not only hold her own extensive private collection, but also houses a selection of photographs taken by my great-grand father, an architect from a prominent family of Berlin intellectuals. Given my interest in personal and collective memory and trauma in modern German history, I did not pay much attention to this collection in the past, as it seemed entirely devoted to the representation of monuments and architectural structures. Only when I was able to revisit these images in the past months did I notice that many of them were taken between 1915 and 1917 in German-occupied Poland.

These large prints were taken while my great-grandfather had served as a soldier in the German Imperial Army. For today’s reader these photos initially pose more questions than they offer answers. Despite the photographer's professional training as an architect, they do not focus on city-scapes or urban dwellings, but instead on simple Polish farm houses. Despite being taken on the Eastern front between 1915 and 1917, they show no evidence of warfare. Given what we know about conditions on the Eastern front during the First World War, the extensive troupe movements and mass battles, the flight of civilians and forced recruitment of civilian labor, the shortage of resources and generally harsh occupational policies, the absence of any obvious evidence of hostility is at least surprising if not disturbing.

Unlike many architectural images, these pictures make a point to include the local population. At times men and women seem to be incorporated for scale and may not be the prime focal point of these photographs. The constant presence of large groups, couples, children, their farm animals and neighbors does suggest an interest in the depicted local population and its particular relationship with their homes and villages. While taken with an eye for architectural forms and compositions, the stillness and at times stoic composure of the portrayed (wo)men as well as the weathered farm houses they inhabited seem to place these images more in the (ethnographic) photographic tradition of 19th rather than 20th century European photography. How then can we interpret such images today? They are not taken by a professional photographer, despite that they may have been used in a professional context. Their focus seems to oscillate between buildings and people. They are as much defined by what they exclude than what they depict. Knowing the destructive and transformative power of world events in those days, how can we interpret the motivation of a photographer to choose motives that suggest continuity instead of rupture, stillness over movement, and the eternal cycle of the seasons instead of the explosive forces of modern warfare? How, in short, should we understand war images where the war remains invisible: Are they expressions of denial, cynicism, naivety, colonial phantasies or are they imaginings of empathy, of nostalgia for bygone times and wishful thinking of their creator?

Never have I been more acutely aware of how precariously open a source photographs can be for historian, how the historical context remains critical for the interpretation of any historical image. Had I not been able to travel to Germany and reconstruct the many pieces of past lives through physically (re)viewing private and public photo collections, my book would not have been the same. I would not have been able to discover that my great-grandfather was released from fighting as an artillerist on the Western front to become one of the very first officially appointed German architects in charge of historic preservation and urban recovery during the First World War. He had traveled as an urban planner/architectural consultant for the German administration of the general government Warsaw, and the images I found had served as the photographic notebook for his dissertation on the architecture of the polish farmhouse (completed in 1917). The near daily confrontation with rubble and devastation, constant conflicts between the agendas of the military and civilian German administrations as well as the hardships of a displaced Polish urban population had heightened his desire to photographically record and preserve the imperiled world of Polish country life. In this sense the images I recently (re)discovered are the quintessential war images of an intellectual profoundly disturbed by the excesses of modern warfare, so much so that he was compelled to write a passionate plea (dissertation) for the conservation of traditional village structures, of Polish wood work and craftsmanship just as his era came to be defined by the destructive force of modern steel.

Chance discoveries can only happen when we provide opportunities for such finds to reveal themselves. The deciphering of historic images is driven by both contingencies and purposeful pursuit of clues and evidence. I am very thankful that the Glick fellowship enabled me to experience both. 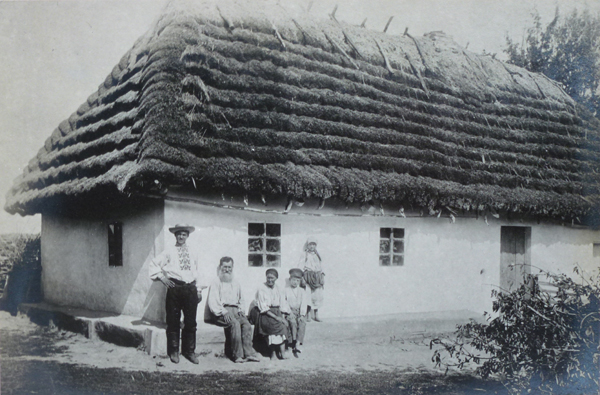