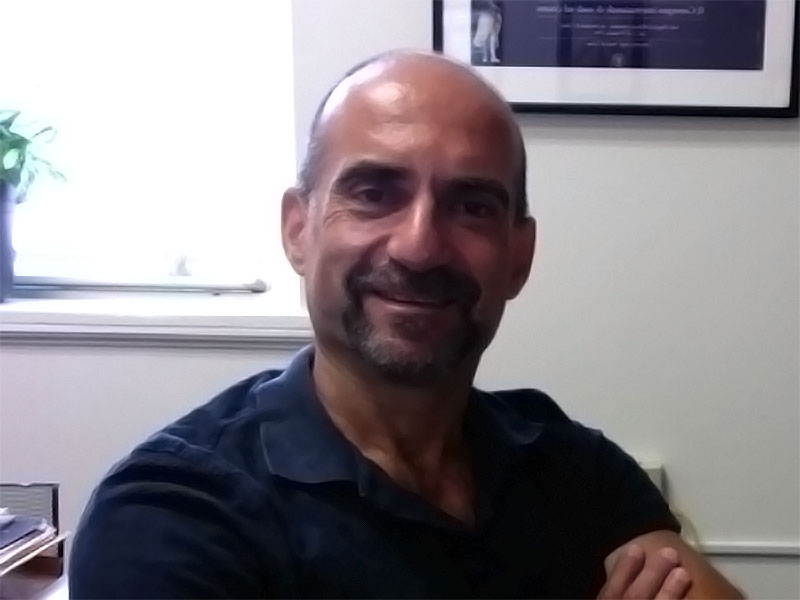 Associate Professor of French and Italian

Michael Syrimis received his Ph. D. in Comparative Literature from the University of Chicago in 2003. Before joining Tulane’s Department of French and Italian in 2005, he worked as a lecturer in the Department of Romance Languages and Literatures at Washington University in St. Louis. His research focuses on Italian cinema and literature as well as the interaction between these two media at moments marked by radical shifts in twentieth-century Italian culture, such as the 1910s, ’30s, ’40s, and ’60s. He is particularly interested in the role played by film technology in the emergence of different strands of modernism at such key historical moments. His book, The Great Black Spider on Its Knock-Kneed Tripod: Reflections of Cinema in Early Twentieth-Century Italy, published in 2012 by the University of Toronto Press, studies the responses to the rise of cinema as mass entertainment in the 1910s by such influential literary figures as Gabriele D’Annunzio, Filippo Tommaso Marinetti, and Luigi Pirandello. His current long-term project studies the emergence of popular film genre in 1930s Italy as a product of diverse influences, including the advent of sound, Italian literature, classical Hollywood cinema, and Fascist politics. Professor Syrimis has also published articles on the work of Pier Paolo Pasolini, Italy’s most influential postwar poet and filmmaker. At Tulane he teaches a variety of courses on Italian film and literature as well as Italian history, culture, and language at all levels.