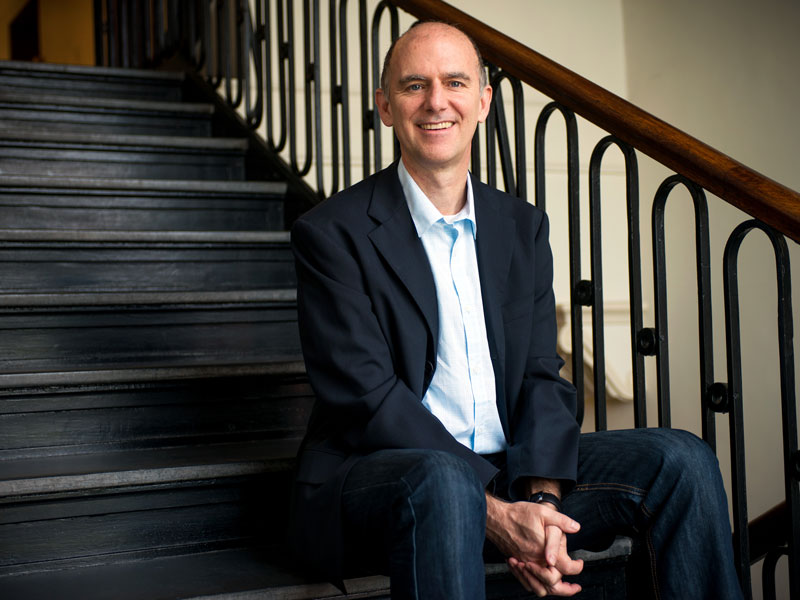 Elio Brancaforte received his Ph.D. from the Department of Comparative Literature at Harvard University, specializing in early modern German literature, with minors in French and English. He also did graduate work at the Universität Tübingen, the École Normale Supérieure and at the Johns Hopkins University (M.A. in French) after receiving his B.A. from the University of Wisconsin-Madison.

Brancaforte’s scholarly interests include: travel literature, translation, cultural exchange, theories of representation, the history of the book, German baroque drama, and the history of cartography. The relationship between word and image is an underlying theme in much of his research and informs his current book project on portrayals of Safavid Iran and Azerbaijan in early modern European travel accounts.

His first book, Visions of Persia, Mapping the Travels of Adam Olearius (Harvard, 2003), examined how a German baroque scholar constructed an image of Iran for a mid-17th-century European public. Brancaforte has published articles on other European travelers to Iran such as Engelbert Kaempfer and Pietro Della Valle; he also contributed a chapter on German cartographic depictions of the Persian Gulf in the Atlas Historique du Golfe Persique (XVIe-XVIIIe siècles) / Historical Atlas of the Persian Gulf (16th to 18th Centuries), (Brepols, 2006).

In 2008 he co-curated two exhibits with Sonja Brentjes, Max Planck Institute-Berlin: “From Rhubarb to Rubies: European Travelers to Safavid Iran, 1550-1700” and “The Lands of the Sophi: Iran in Early Modern European Maps, 1550-1700.” They were held at the Houghton Library and the Map Collection at Harvard University and resulted in an exhibition catalog published as a special double issue of the Harvard Library Bulletin 23, nos. 1-2 (Spring-Summer 2012).

Brancaforte has also worked on the role of emblems in Calderón’s El príncipe constante. His most recent book is the first translation into English of the play Canace (1542) by the Italian Renaissance scholar Sperone Speroni.

His current book project is Europe Discovers Iran and Azerbaijan: Dutch and German Representations of the Safavid Empire (1635-1712); and he will curate an exhibit at the Royal Geographical Society in London titled “Travels to the Land of Silk and Fire: Encounters between Britain and Azerbaijan (1561-1918)" within the next few years.

Brancaforte has received several fellowships to conduct research in the U.S. and abroad (e.g. Fulbright, DAAD, Iran Heritage Foundation, Bogliasco Award, J.B. Harley Fellowship in the History of Cartography), and in 2009 he was a Visiting Fellow at the Harvard University Center for Middle Eastern Studies. In Summer 2010 he attended an NEH summer seminar on “Re-Mapping the Renaissance: Exchange between Early Modern Islam and Europe.”

In 2015 he taught at Baku State University (Azerbaijan) during the Spring on a Fulbright grant; during the Fall he conducted research at the Herzog August Bibliothek in Wolfenbüttel, Germany (with support from the Land Niedersachsen).

He spent his most recent sabbatical at the University of Oxford (2016-2017) as a Keeley Visiting Fellow at Wadham College, and he has been an Academic Visitor in the Faculty of Oriental Studies for the past five years since 2015.

He received an ACLS Collaborative Research Fellowship to write a book on The Epistemology of the Copy in Early Modern Travel Narratives from 2019-2021 with colleagues Lisa Voigt (The Ohio State University) and Stephanie Leitch (Florida State University): http://www.acls.org/research/fellow.aspx?cid=146fc6a3-fa05-e811-80d3-000c299476de

At Tulane University, besides serving as undergraduate advisor to all German majors and minors, Brancaforte has directed Honors theses, and been a member of Ph.D. committees and several search committees. He has served on a number of Undergraduate Committees on Academic Requirements (Liberal Arts, Newcomb-Tulane), on the Promotion and Tenure Committee, and chaired the Tulane Senate Committee on Libraries. From 2006-2008 he was Director of the Tulane University Medieval and Early Modern Studies Group (MEMS).

He served on the MLA Division Executive Committee of German Literature to 1700 (2007-2011); and was President of SGRABL, the Society for German Renaissance and Baroque Literature, from 2013-2015

At Tulane he teaches a wide range of classes on language, literature and culture in the German studies program, including GERM 3250 and GERM 4800/6800 (“Reisen ins Fremde;” "Das Kriegserlebnis"). He also teaches courses in English, such as “GERM 3660: Love, Death, and Sexuality from the Middle Ages to the Baroque” and “GERM 3670: Grimm Reckonings” (on the development of the fairy tale).

In Spring 2013 his students organized an exhibit on fairy tale book illustrations, "Once Upon A Canvas," using Tulane's Rare Book Collections; the virtual exhibit can be accessed here: https://exhibits.tulane.edu/exhibit/fairy_tales

Professor Brancaforte was contacted for his opinion on two new TV series "Grimm" and "Once Upon a Time," series based on fairy tales and folklore, in a Times Picayune article from October 23, 2011:

'Once Upon a Time' and 'Grimm' bring fairy-tale characters to prime time.

Sperone Speroni's Canace (1542), Translated with an Introduction and Notes by Elio Brancaforte (Toronto: Centre for Renaissance and Reformation Studies, 2013). 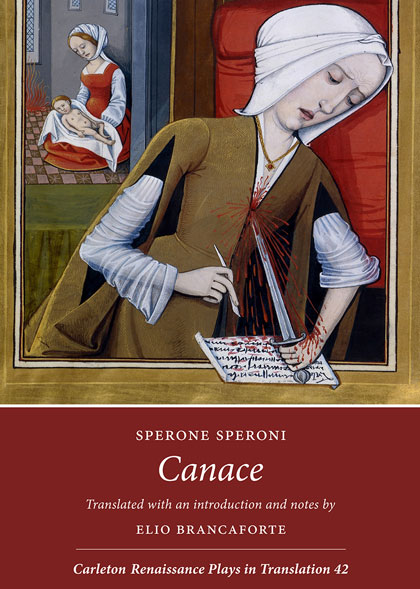 “The Traveling Illustrations of Sixteenth-Century Travel Narratives,” PMLA (Publications of the Modern Language Association of America), 129, no. 3 (May 2014), 365-398.