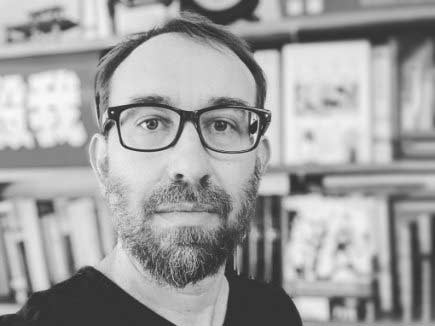 Research Interests
A cultural historian studying the Communist Party's great enterprise, Professor DeMare researches how Chinese citizens have negotiated with the politicization of their everyday lives.  Mass campaigns, revolutionary art, and rural cultural workers are the primary concerns driving his research agenda.  His first book, Mao's Cultural Army, explores the political uses of cultural performance in the rise of the Chinese Communist Party and the early years of the People's Republic of China.  His latest book, Land Wars (2019), deftly blends archival and narrative sources to investigate the most critical moment of Maoist rural revolution.  He is currently writing a collection of true-crime studies based on archival documents from a rural county in Jiangxi Province.

Teaching Interests
Professor DeMare offers a wide selection of courses on East Asian history.  Survey courses cover the entirety of Chinese history, from Peking Man to the post-revolutionary era.  Seminars allow students to delve into a variety of topics, including imperialism, gender, and empire.

Selected Publications
Land Wars: The Story of China’s Agrarian Revolution
Mao Zedong's land reform campaigns comprise a critical moment in modern Chinese history and were crucial to the rise of the CCP. In Land Wars, Brian DeMare draws on new archival research to offer an updated and comprehensive history of this attempt to fundamentally transform the countryside. Across this vast terrain, loyal Maoists dispersed, intending to categorize poor farmers into prescribed social classes and instigate a revolution that would redistribute the land. To achieve socialist utopia, the Communists imposed and performed a harsh script of peasant liberation through fierce class struggle. While many accounts of the campaigns give false credence to this narrative, DeMare argues that the reality was much more complex and brutal than is commonly understood—while many villagers prospered, there were families torn apart and countless deaths. Uniquely weaving narrative and historical accounts, DeMare powerfully highlights the often-devastating role of fiction in determining history. This corrective retelling ultimately sheds new light on the contemporary legacy of land reform, a legacy fraught with inequality and resentment, but also hope.

Mao's Cultural Army:  Drama Tropes in China's Rural Revolution
Charting their training, travels, and performances, this innovative study explores the role of the artists that roamed the Chinese countryside in support of Mao's communist revolution. DeMare traces the development of Mao's 'cultural army' from its genesis in Red Army propaganda teams to its full development as a largely civilian force composed of amateur and professional drama troupes in the early years of the PRC. Drawing from memoirs, artistic handbooks, and rare archival sources, Mao's Cultural Army uncovers the arduous and complex process of creating revolutionary dramas that would appeal to China's all-important rural audiences. The Communists strived for a disciplined cultural army to promote party policies, but audiences often shunned modern and didactic shows, and instead clamored for traditional works. DeMare illustrates how drama troupes, caught between the party and their audiences, did their best to resist the ever growing reach of the PRC state. This is the first book in the new Cambridge Studies in the History of the People's Republic of China series.

"The Romance and Tragedy of Rural Revolution:  Narratives and Novels of Land Reform in Mao's China"
Clio:  A Journal of literature, History, and the Philosophy of History.  Summer 2014, Vol. 43, #4
Download a PDF copy of the article.

"Casting (Off) Their Stinking Airs:  Chinese Intellectuals and Land Reform, 1946-52"
The China Journal, #67, January 2012
Download a PDF copy of the article.

Visiting Fellow, 2012
Professor DeMare was selected as a Visiting Fellow by the University of Erlangen-Nuremberg (FAU).  While in residence at FAU, Prof. DeMare conducted research at the Shanghai-Academy of Social Sciences (SASS) archive, lead seminar discussions, and gave a lecture on his most recent work. Prof. DeMare also presented his research at the Free University of Berlin.
FAU Visiting Professorship Poster