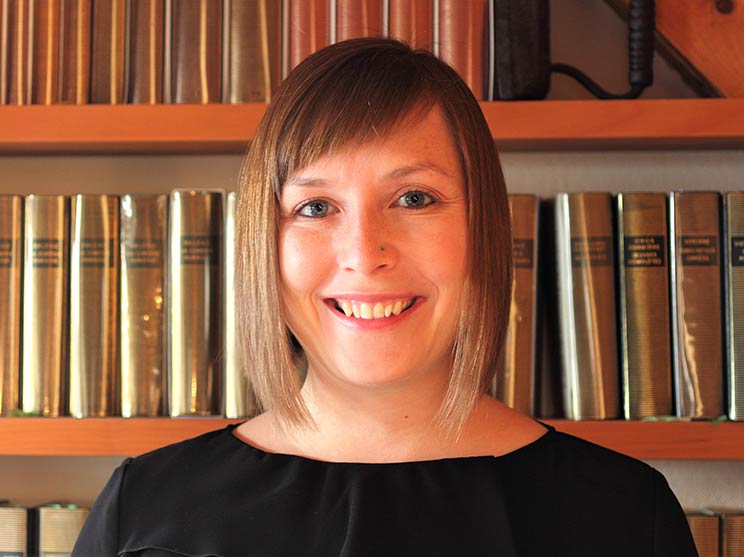 Professor Edwards is a specialist of contemporary France and the second overseas empire, with a strong interest in historical remembrance. Her book, Contesting Indochina: French Remembrance between Decolonization and Cold War, examines the French memory of the Indochina War (1945-54) by considering film, monuments and commemorative practices, veterans' organizations, and special interest groups. The book analyzes the construction of competing narratives of the conflict shaped by the overlapping contexts of global decolonization and the Cold War.

Her current research examines colonial reform during the era of the leftwing Popular Front government in the mid to late 1930s. During its brief tenure, the government implemented the Guernut commission to evaluate the shortcomings and outright abuses of the colonial system in preparation for comprehensive colonial reform. The Commission, along with individual activists and organizations like the League for Human Rights (Ligue des droits de l'homme), provides insight into the evolution of reform movements and their implications for the republican imperial project.

In addition to courses surveying early modern and modern France, Professor Edwards offers courses on the history and legacies of French colonialism (1830-present), immigration and identity in contemporary France, and war and remembrance.

Contesting Indochina: French Remembrance between Decolonization and Cold War (University of California Press, 2016). More information can be found on the ucpress.edu website.

"The National Association of Veterans and Friends of Indochina, the Commemoration of the Indochina War and the 'Positive' Role of Colonialism," Hagar: Studies in Culture, Polity and Identities 9 no. 2 (2010), 30-48. Part of a special issue entitled "Decolonization Reconsidered: Rebirths, Continuities, and Erasures."