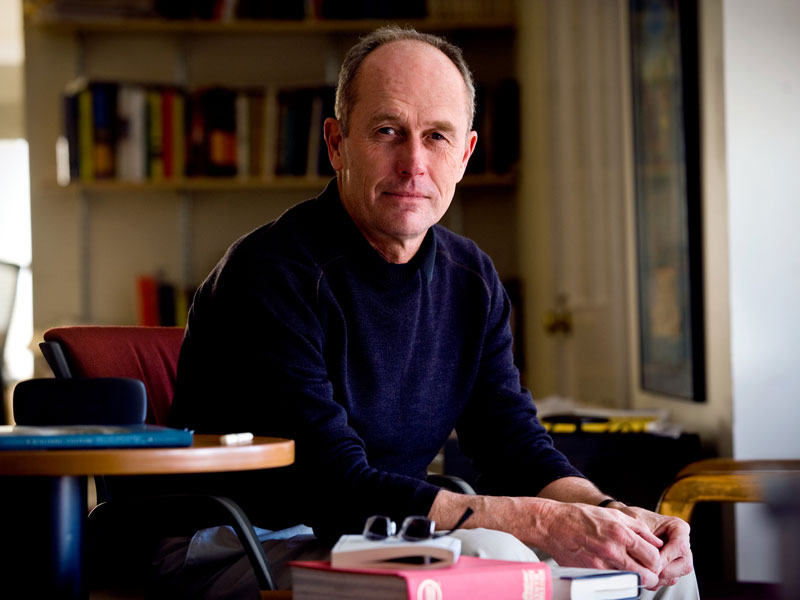 Prof. Teichgraeber teaches and writes American cultural and intellectual history, specializing in the history of the American university system, the Gilded Age and the Progressive Era, and Emerson and Thoreau. From 1984 to 2009 he also served Tulane as the Director of the Murphy Institute

My main teaching interests lie in the history of modern American academic culture and American intellectual and cultural history during the era of Industrialization.

John Moore's 'Pastoral Letters': Part of the story or how and why some of the 'Great Books' were taught at Amherst College during the era of the New Curriculum
Friends of the Amherst College Library, 2012.

Council for the Advancement and Support of Education (CASE), Louisiana Professor of the Year, 1989

Who's Who Among America's Teachers,2002

Thorstein Veblen, THE HIGHER LEARNING IN AMERICA (1918)
Every serious student of the American university system has had to confront THE HIGHER LEARNING IN AMERICA since its publication almost one hundred years ago. The indictment Veblen presented – the corporate model of governance dominant in American higher education maintains practices and values incompatible with those of any true university – has provoked heated discussion from his time to our own. I am at work on a new edition of THE HIGHER LEARNING IN AMERICA – now under contract for publication by Johns Hopkins University Press – that will be the first thoroughly edited and indexed version of this classic work. An extensive Introduction discusses the book's composition history, its debts to earlier critics of the American university, and its place in discussions of the American university in the early 21st century. To further aid accessibility, this new edition will include a chronology, suggested readings, and footnotes that identify the many events, individuals, and institutions to which Veblen alludes.

I was trained as an intellectual historian. Broadly speaking, my research focuses on the ideas and activities of intellectuals, and historical circumstances that make intellectuals a significant social group.

In recent years, I also have been drawn to the work of mapping the various and changing institutional settings within which texts written by intellectuals appear and gain meaning. This work has had me moving back and forth between close readings of texts and the careful reconstruction of their cultural and economic contexts. In the case of American intellectual history, it also has prompted careful on on-going study of the commanding role the American university system has come to play among the institutions that give cultural authority to the activities and ideas of intellectuals.