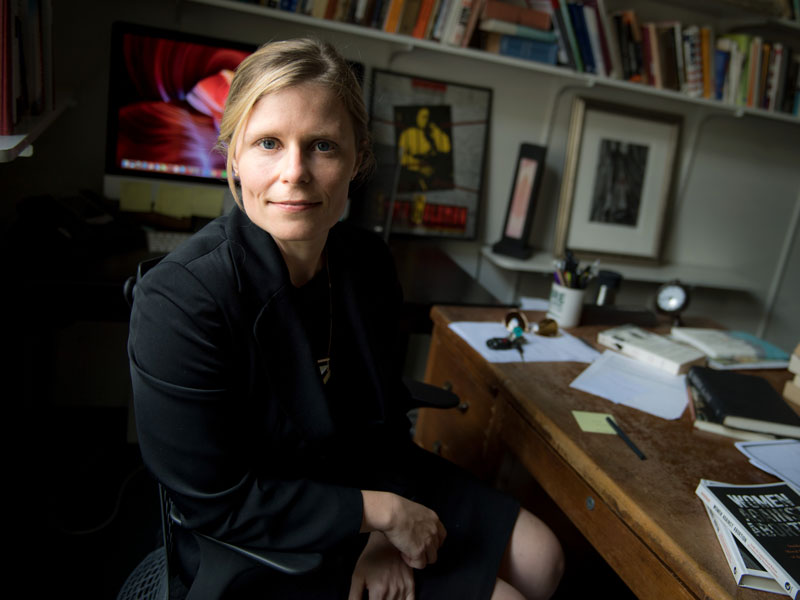 In Women against Abortion: Inside the Largest Moral Reform Movement of the Twentieth Century, University of Illinois Press, 2017, Haugeberg traces the forty-year history of the contemporary U.S. anti-abortion movement, from the 1960s into the first decade of the twenty-first century.

Haugeberg has begun a second project on the history of nursing in the United States. This book will examine how the nursing profession engaged social movements for civil rights and gender equality between 1960 and 2000.

“Pregnant People Were Once Citizens, Too,” in Roundtable: On the Threshold of a Post-Roe Era? The Past and Future of Abortion Rights in the United States, ed. Rebecca Jo Plant, Women and Social Movements, Alexandria, VA: Alexander Street, 2022.

Women against Abortion: Inside the Largest Moral Reform Movement of the Twentieth Century. University of Illinois Press, 2017.

KPPC, NPR News for Southern California, AirTalk, “Supreme Court Overturns Roe v. Wade, What Does That Mean For The Future Of Abortion Access And How Did We Get Here?” June 24, 2022.

NPR’s All Things Considered, “Abortion Was Once Common Practice in America. A Small Group of Doctors Changed That,” June 6, 2022.

Mary Retta, “Peer to Peer: News You Can Use, Via Google Doc,” Columbia Journalism Review, December 6, 2022.

Madison Stacey, “‘It Was Hidden, You Had to Hunt’ How Covert Networks Helped Women Access Abortions before Roe v. Wade,” WTHR, (Indianapolis), August 22, 2022.

Grace Hauck and Chris Kenning, “Anti-Abortion Groups Could Win a 50-year Fight to End Roe. They Aren't Stopping There,” USA Today, May 7, 2022.