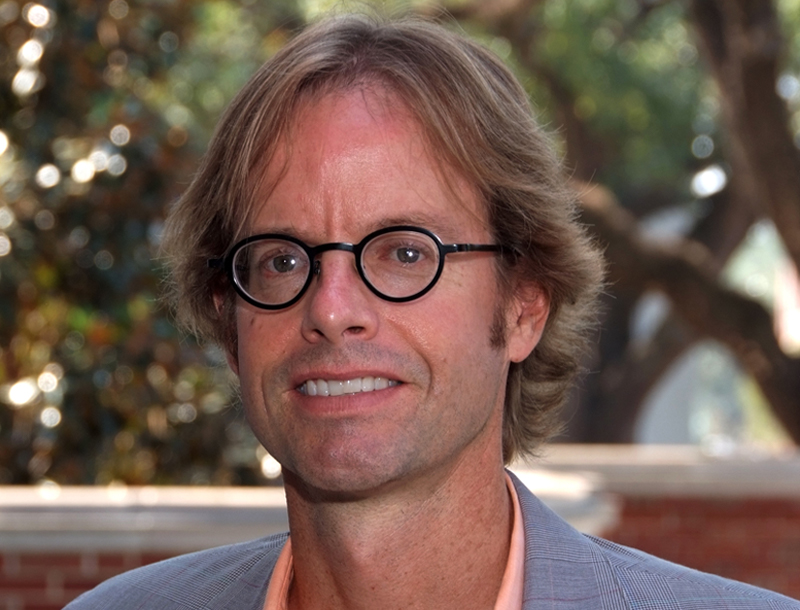 I am a historian specializing in the history of the Andes region of South America. Going back to my 1996 dissertation at the University of Minnesota, most of my scholarship has focused on extractive industries and their local, regional, and global effects. I have worked extensively in Colombia, Ecuador, and Bolivia, and more recently in Peru, Argentina, and Chile. The Andes Mountains have a long history of providing humans with metals and other minerals, and understanding the evolving and sometimes violent relationships built around mining - plus this activity's manifold environmental consequences - have not ceased to intrigue me.

In my 2002 book, Quito 1599: City and Colony in Transition (University of New Mexico Press), I attempted to tell the story of this equatorial Andean city and its vast hinterland in terms of Quito's early fame as a producer of gold. A former Inca capital, San Francisco de Quito became the seat of a royal Spanish appeals court and legislative body and ultimately the nucleus of the Republic of Ecuador. The early search for gold took Spanish conquistadors and thousands of native Andeans deep into the backcountry of the Pacific watershed and the upper Amazon, only to quickly exceed the limits of sustainability and to test the patience of native peoples and newly formed runaway slave communities. Quito 1599 is an experiment in using a pivotal year to trace longer-term transformations in society and economy.

In my book Colour of Paradise: The Emerald in the Age of Gunpowder Empires (Yale University Press, 2010), I followed the path of Colombian emeralds from the remote north Andean mines of Muzo and Chivor to the courts of the Mughal, Safavid, and Ottoman Empires, linked by multi-ethnic trading clans and other globe-trotting go-betweens. I also traced emeralds as they flowed to the courts and gem bourses of Europe. My basic model was that of a commodity-chain history, but I attempted to expand on this production-circulation-consumption approach in order to explain the complex shifts in meaning that emeralds underwent in their long journey from source to consumer - what some have termed the social life of things. The emerald in this "gunpowder" age was in no way a simple, bulk commodity.

My recent book, Potosí: The Silver City that Changed the World (University of California Press, 2019), treats the rise and fall of colonial Latin America's richest mining boomtown, an early modern marvel and an environmental nightmare. By 1600, the Imperial Villa of Potosí was one of the largest cities in the Western Hemisphere and one of the highest anywhere. My main aim in this book is to reorient early modern world history by placing this improbable, multi-ethnic city and its silver mines and refineries at the center of the world. Potosí was the globe's number-one silver producer for many years, lubricating trade from Moscow to Macau, but it was also a major consumer of global products and an important regional slave market and redistribution hub. In social terms, the book examines how a remote Andean mining camp became a cosmopolitan stage that made space for people of all nations and classes, upending norms of race, gender, and sexuality even as fortunes rose and fell overnight. It was also a site of intense indigenous exploitation and mass death. I end by bringing the story of Potosí up to the present day.

My most recent book is called Pandemic in Potosí: Fear, Loathing, and Public Piety in a Colonial Mining Metropolis (Penn State, 2021). This short book offers an introduction to a terribly deadly pan-Andean disease episode that swept from Buenos Aires to Lima between the years 1717 and 1722. The cities most afflicted were Potosí (in 1719) and Cuzco (in 1720). In each case, the pandemic raged for about a year and a half, killing more than a third of each city's inhabitants, most of them poor and marginalized Indigenous Andeans. I offer translations of rare eyewitness accounts of the pandemic in these cities and also in Arequipa, along with physicians' descriptions of symptoms and recommended therapies. For comparison, I also offer notes on a parallel case of plague (Yersinia pestis) that swept through Marseille and other parts of southern France in 1720, and how its effects were felt in Spain and its overseas empire just as the Great Andean Pandemic (apparently a viral hemorrhagic fever) made the rounds. The pandemic's potential ties to the transatlantic slave trade are also explored.

In moving from raw commodities to semi-manufactured products, my current project, tentatively titled Royal Scam: The Great Potosí Mint Fraud of 1649, traces the global significance of a major debasement scheme that arose within the royal mint at Potosí in the mid-seventeenth century. It so happened that the fabled silver mines of Potosí's Cerro Rico were not inexhaustible, or rather that their ores became more expensive to extract and refine. A resulting debt crisis hobbled silver refiners and their creditors, sparking an illegal form of financial innovation: debasing the king's coinage to cover the deficit. The secret could not long be kept given the global flow of Potosí silver, yet it took the king of Spain's ministers over a decade to break up the great mint fraud of the 1640s. I trace the local crime, its corrupt circles, and its eventual punishment along with the fraud's global implications, revealing once again the complex backward and forward linkages that tied a remote Andean mining town to nearly every major economic center in the world. It is, in a sense, a tale for our times.

Behind the mint fraud project is a documentary history of another major seventeenth-century Potosí disaster: the outbreak of gangland warfare between the city's most powerful factions. Sometimes called the "Basque-Vicuña War," this bloody conflict pitted migrants from the Basque Country in northern Spain against nearly everyone else, but with prominent migrants from Extremadura (SW Spain) singled out as leaders. Drawn into the conflict as body guards, henchmen, and assassins were numerous footloose "vicuñas," the multi-ethnic high-plains drifters of their day, and behind the scenes were several powerful women. The worst violence exploded between 1622 and 1625, when a viceroy issued a general amnesty. My colleague Timothy F. Johnson (U. Nebraska - Kearney) has translated a series of documents that I collected from archives in Bolivia, Spain, the U.S., and the U.K. I have provided an extensive introduction, annotations, and ancillary materials based on further archival and historiographical research. Our intention is to provide readers with a full sense of the conflicting narratives and intense passions generated by this early inter-ethnic American "war." It was a series of backstreet showdowns involving rapiers and matchlock pistols in the Three Musketeers mode, but it was also a war of words.

My other interests include the world history of piracy, which inspired me to expand an earlier book into Pillaging the Empire: Global Piracy on the High Seas, 1500-1750 (Routledge, 2015). I have just published Piracy in the Early Modern Era: An Anthology of Sources (2019) with co-author Arne Bialuschewski of Trent University in Ontario, Canada. I am also planning to return to my earlier research on gold mining in colonial Colombia, from which my book on emeralds grew. The green Andes keep tugging at my heart.

As a teacher, I have always tinkered with textbooks, and with Matthew Restall (Penn State) I co-authored Latin America in Colonial Times (Cambridge, 2018), now in its second edition. An abiding interest in world history led me to work with co-authors Bonnie Smith, Richard Von Glahn, and Marc Van de Mieroop on the textbook World in the Making: A Global History (Oxford, 2018, 2nd ed. 2022). My feeling is that all historians should attempt to work and teach at various scales from micro to macro, and to accept the global challenge.

As a service to my profession, I served as General Editor of the interdisciplinary journal Colonial Latin American Review from 2010 to 2021. I also serve on the editorial boards of several U.S., European, and Latin American journals, including Fronteras de la Historia and Itinerario. With Matthew Restall I edit the Cambridge Latin American Studies monograph series and on my own I edit the Diálogos series of books with broader appeal for the University of New Mexico Press. 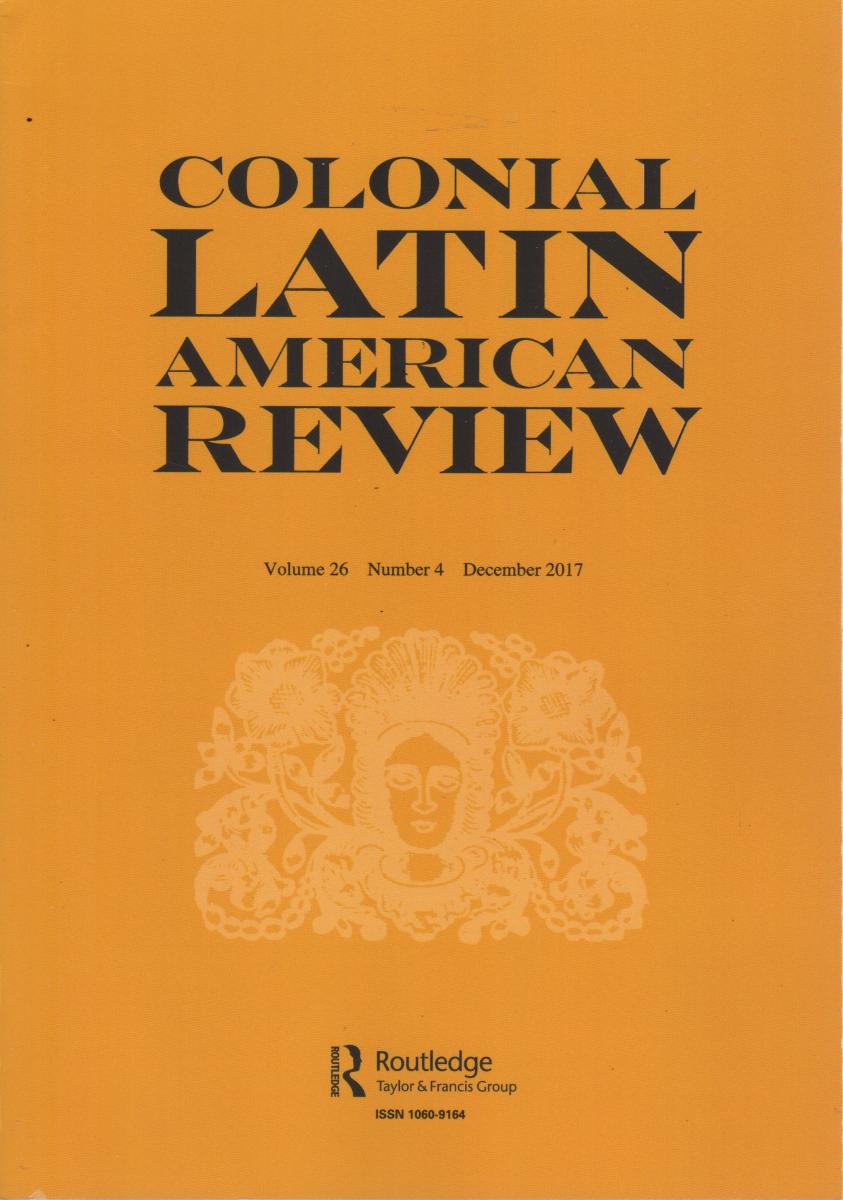 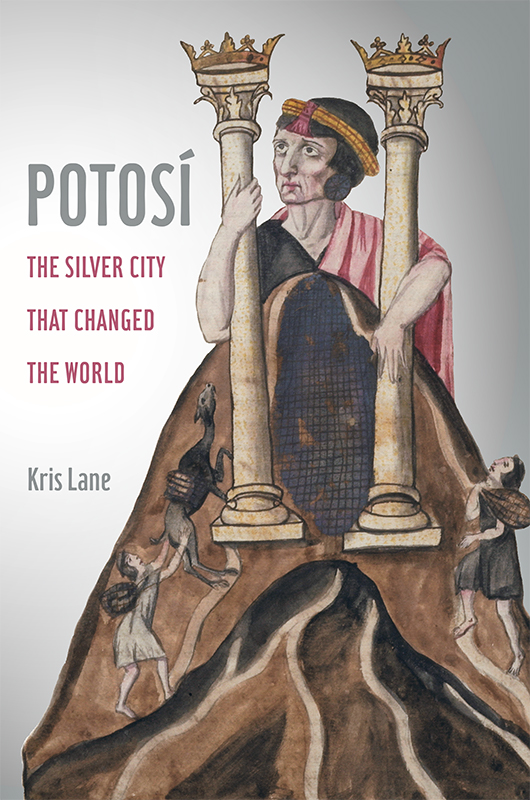 Winner of the 2020 Bandelier-Lavrin Prize for Best Book on Colonial Latin America
Potosí: The Silver City That Changed the World. University of California Press, 2019 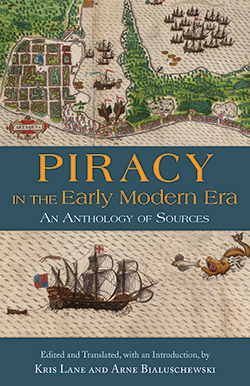 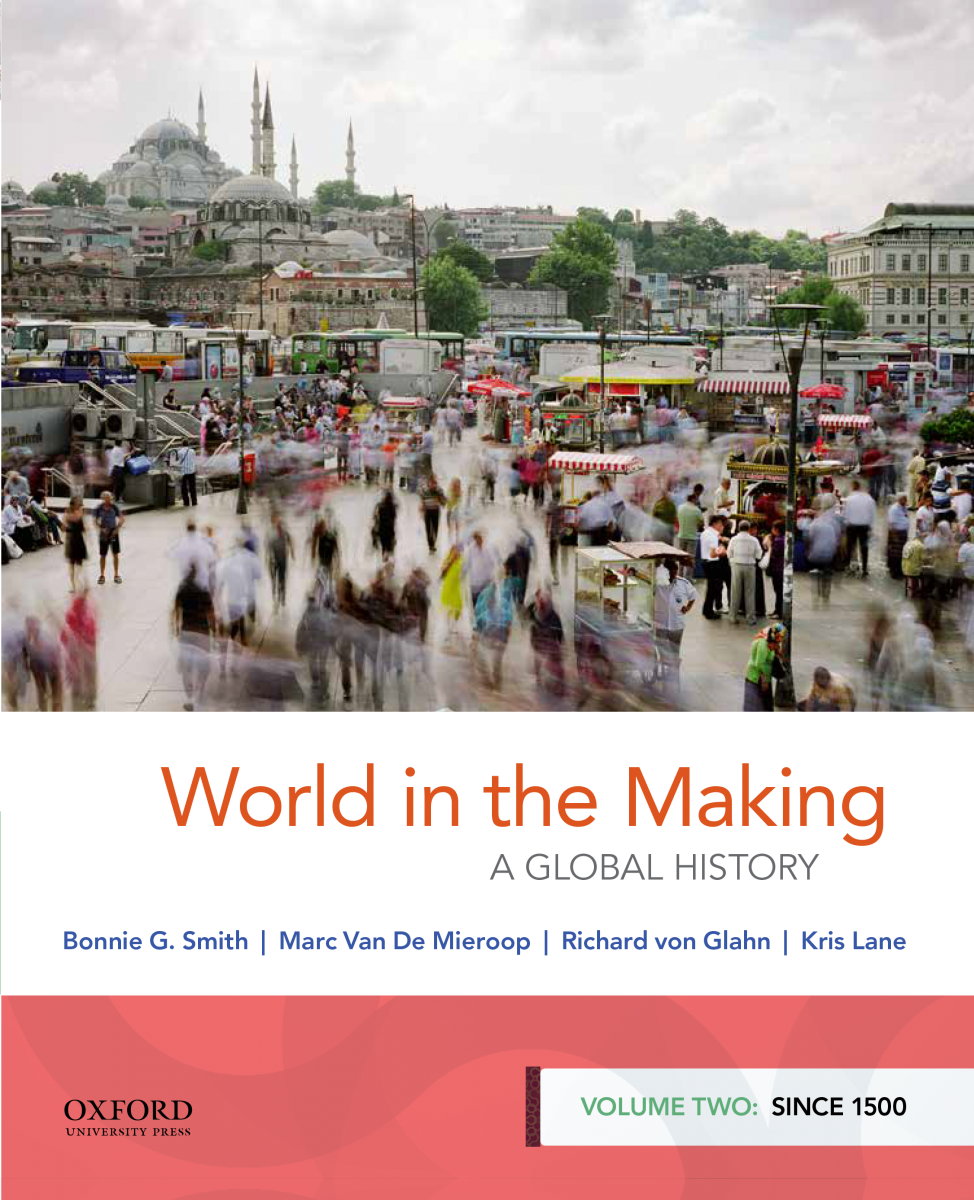 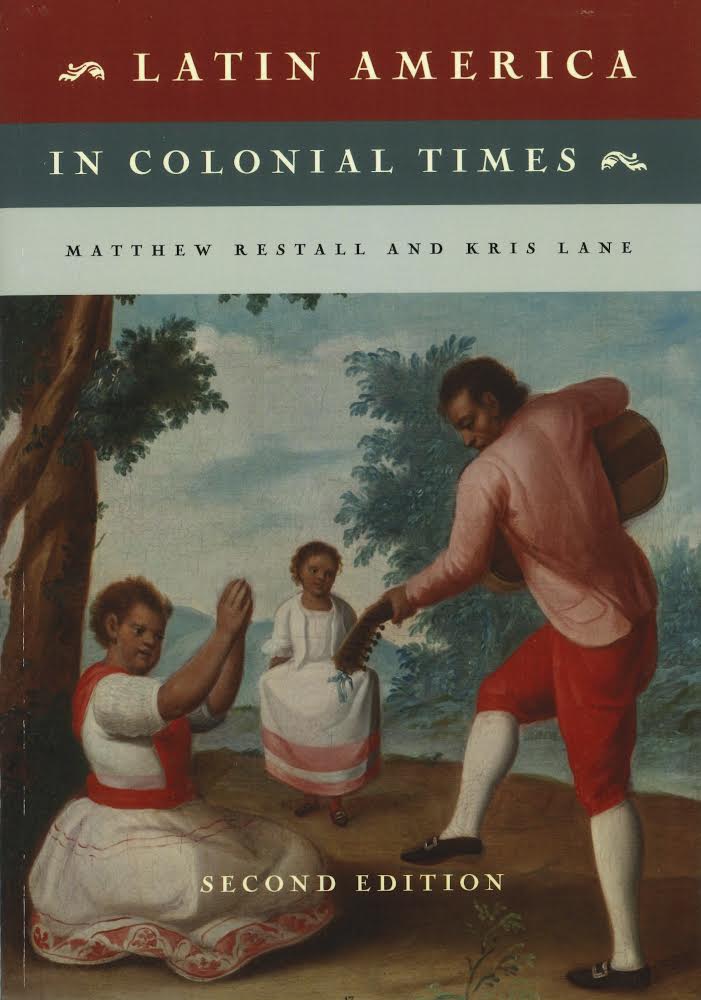 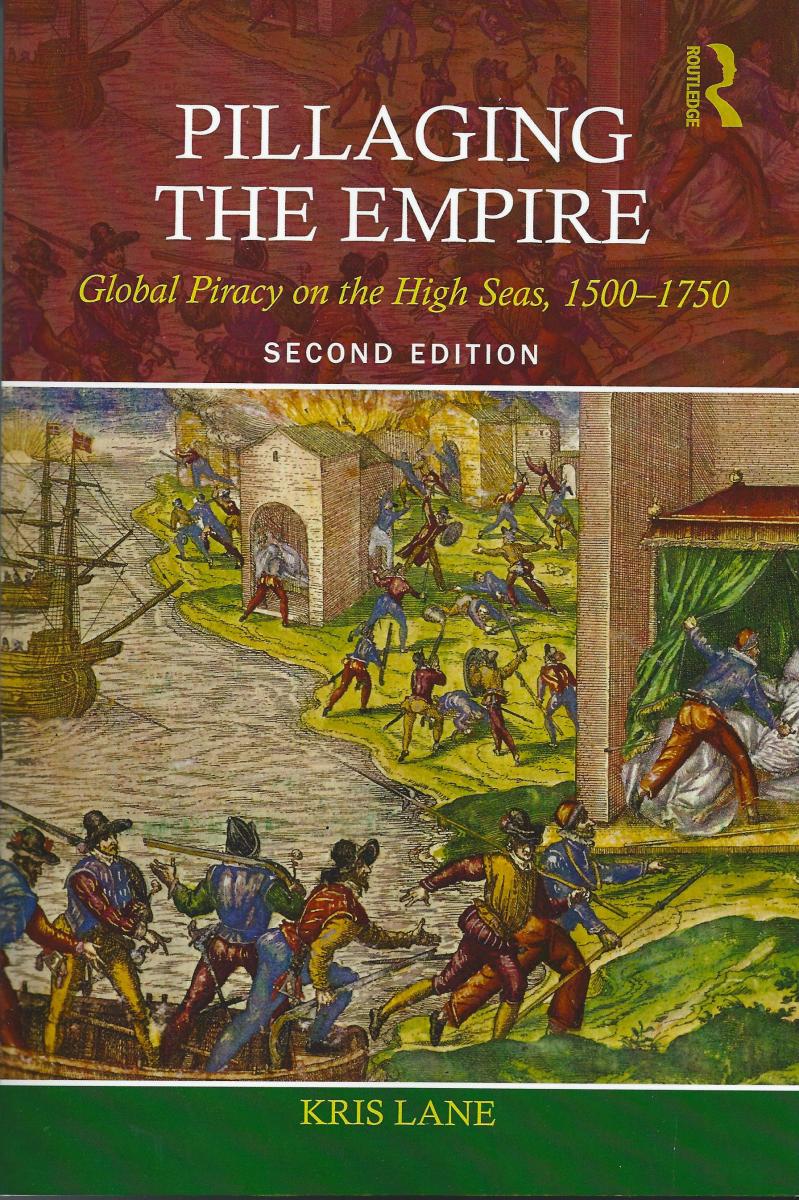 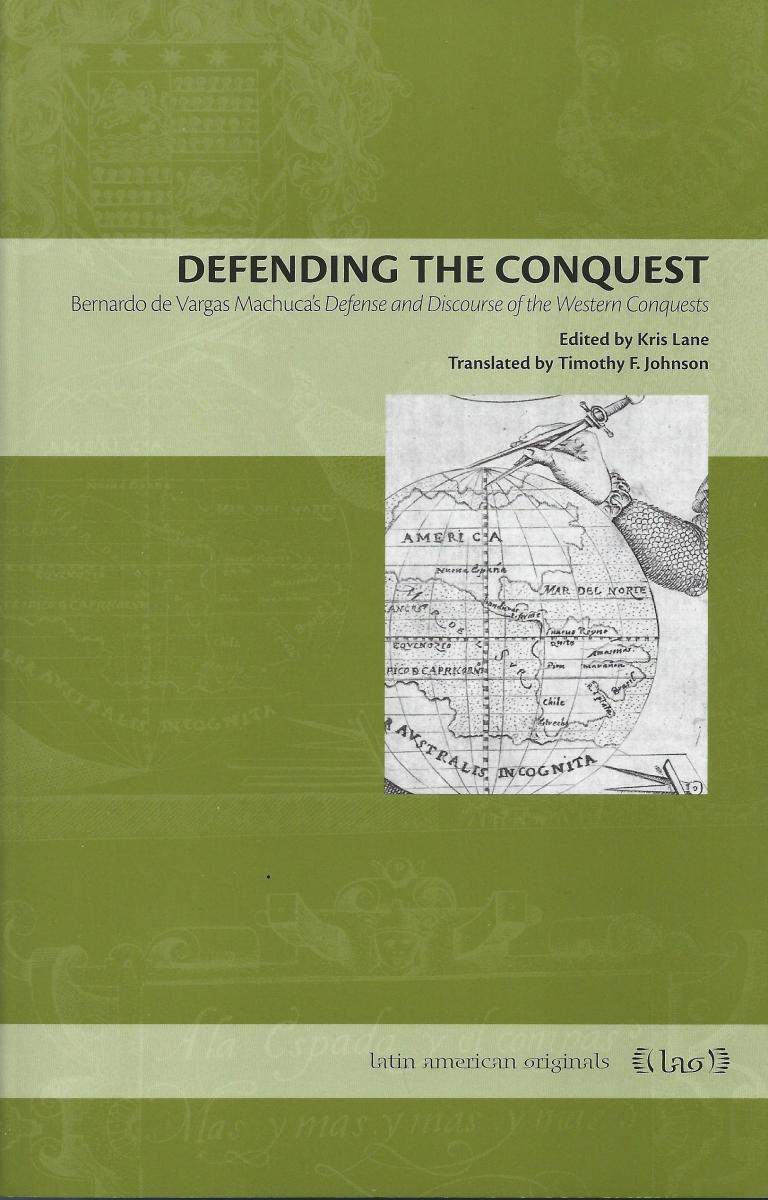 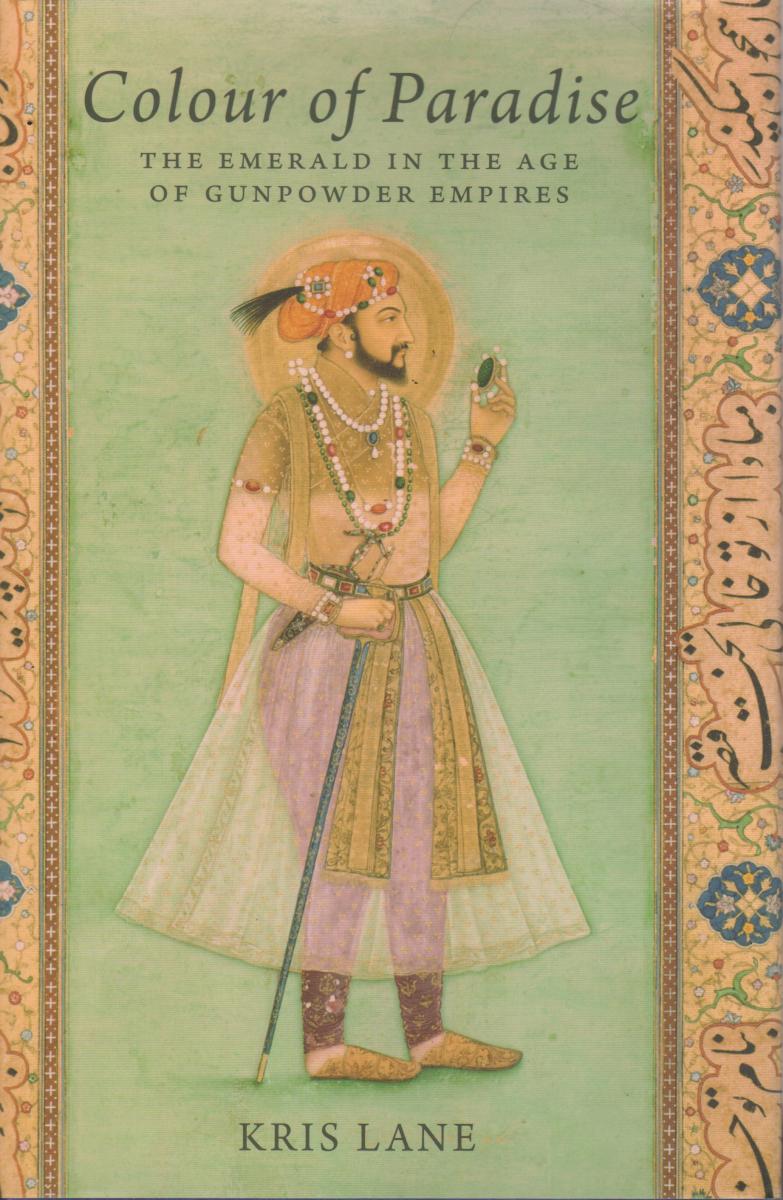 Colour of Paradise: The Emerald in the Age of Gunpowder Empires. Yale University Press, 2010 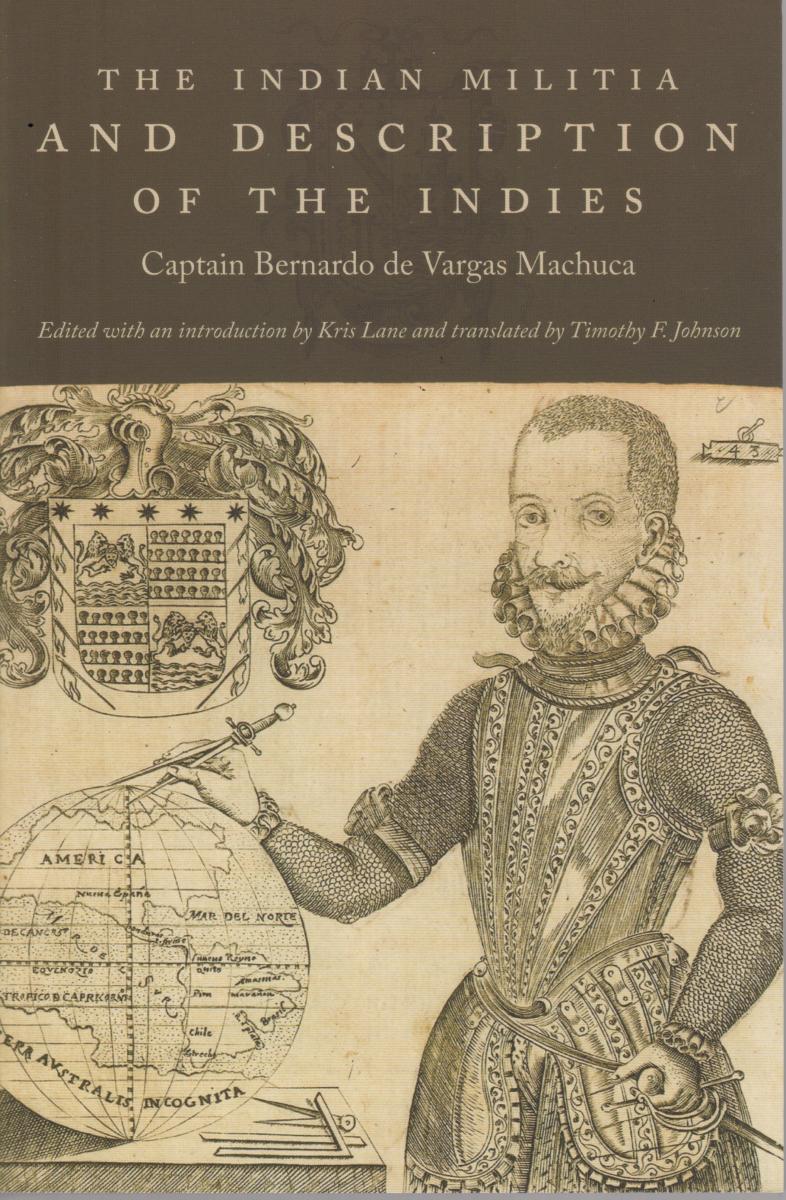 The Indian Militia and Description of the Indies, by Bernardo de Vargas Machuca
(an annotated translation of this 1599 book, with translator Timothy F. Johnson) Durham: Duke University Press, 2008 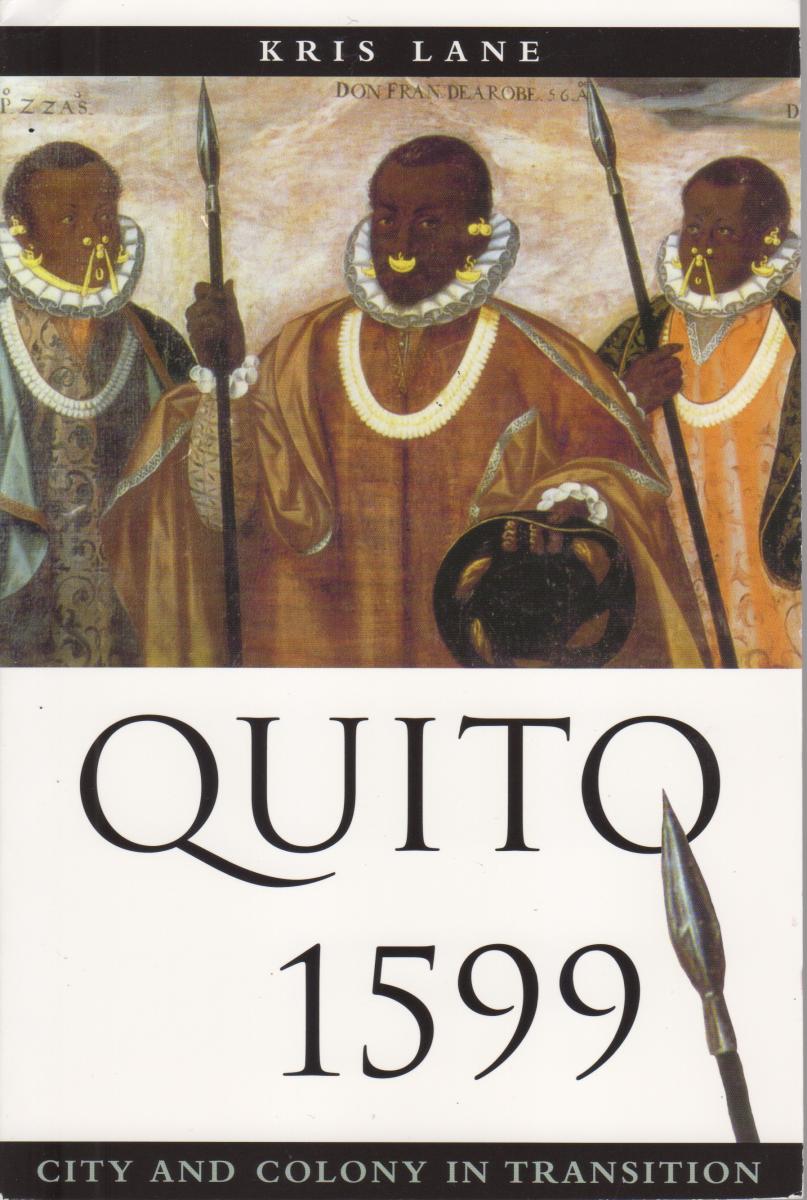 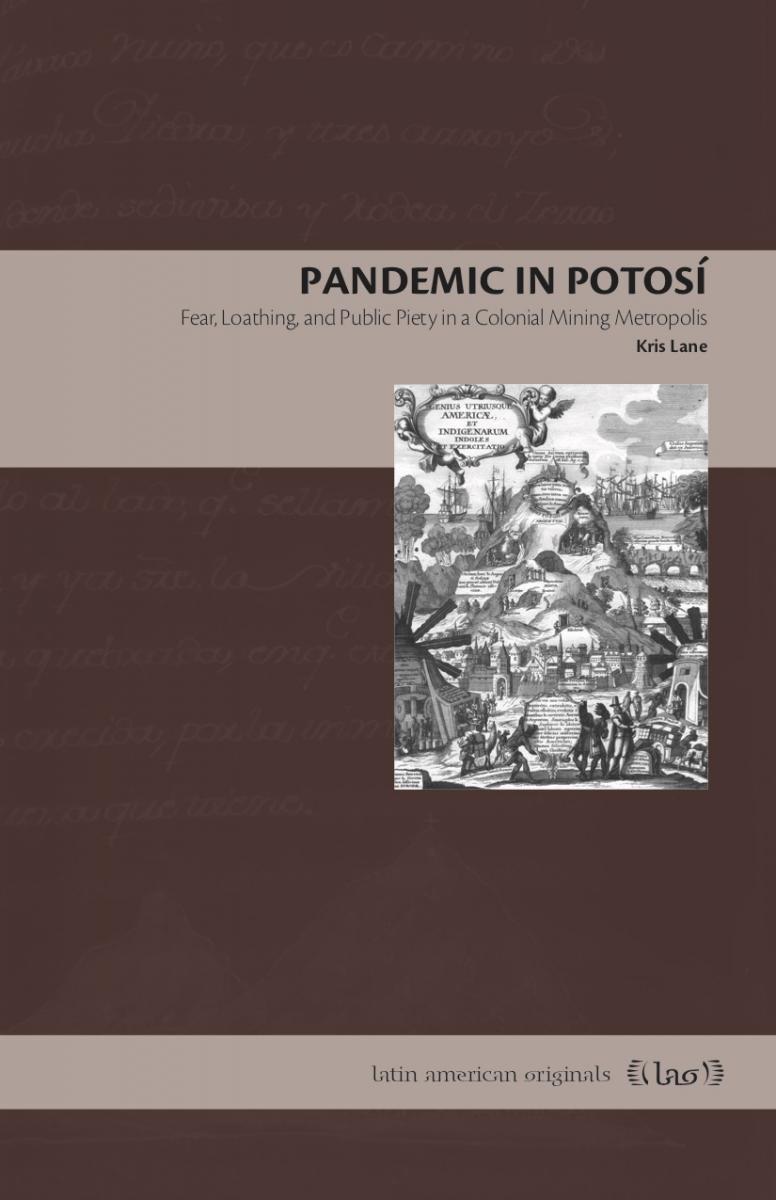 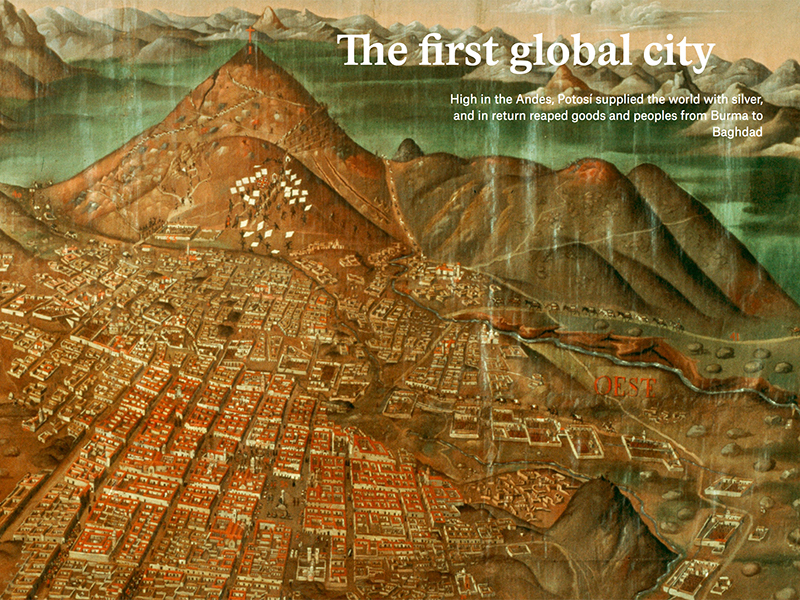 Potosí: the mountain of silver that was the first global city - Kris Lane (Aeon, July 2019) 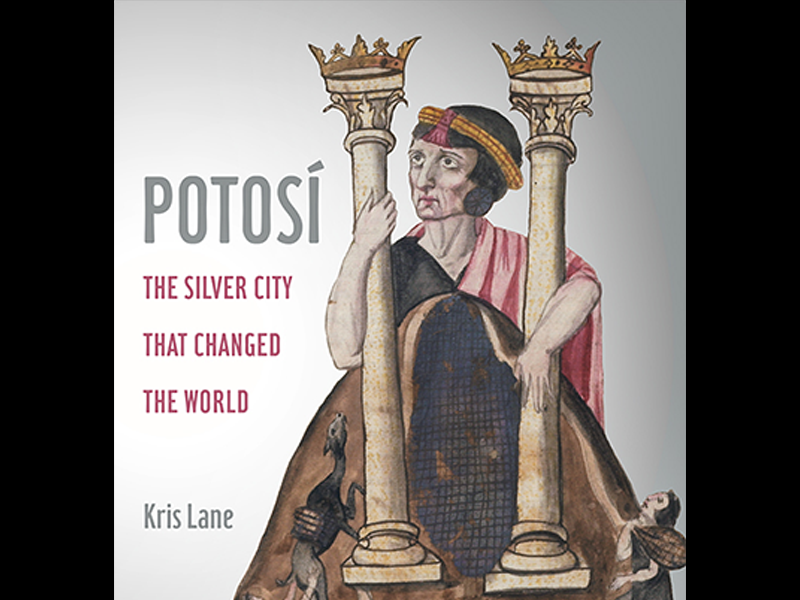 Listen to the New Books Network podcast: Kris Lane, “Potosí: The Silver City That Changed the World” (U California Press, 2019)