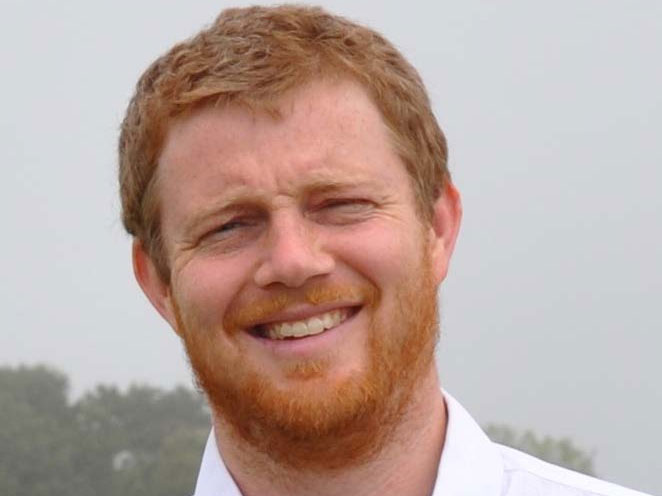 R. Blakeslee Gilpin received his Ph.D from Yale University in May, 2009 and his dissertation won the 2010 C. Vann Woodward Prize from the Southern Historical Association for the best dissertation in Southern history. Gilpin’s first book, John Brown Still Lives!: America's Long Reckoning With Violence, Equality, and Change, was published by UNC Press in November 2011, and was a finalist for Gilder Lehrman Center’s Frederick Douglass Book prize. The book will appear in paperback in Spring 2014.

Gilpin's research interests and teaching revolve around slavery and its legacies in history, literature, and art. Focusing on the rhetoric of equality and its intersections with race and violence in the culture and history of the United States, Gilpin's work spans the slave rebellions of the eighteenth century to contemporary struggles with the echoes of American slavery. Gilpin's scholarly work has appeared in The New York Review of Books, The Paris Review, Harper’s Magazine, The Boston Globe, The American Scholar, and The Huffington Post.

With Rose Styron, Gilpin edited the correspondence of Virginia author William Styron, Selected Letters of William Styron, published to great acclaim by Random House in December 2012. A New York Times Editor’s Choice, the book was nominated for a Pulitzer Prize and appeared on many year’s best lists. Collecting, transcribing, and notating Styron's letters has provided the foundation for two original projects related to the author and his work. Gilpin is currently writing a new biography of Styron and completing a manuscript about Nat Turner, William Styron, and the longevity of slavery's hold on America's racial imagination, which is currently under contract with Harvard University Press