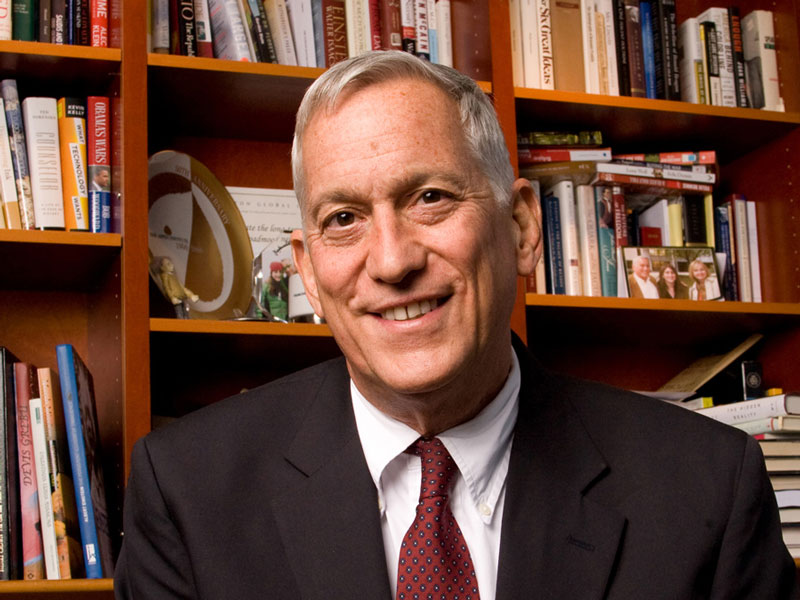 Walter Isaacson is the Leonard Lauder Professor of American History and Values at Tulane. He is the past CEO of the Aspen Institute, where he is now a Distinguished Fellow, and has been the chairman of CNN and the editor of TIME magazine.

Isaacson’s most recent biography, Leonardo da Vinci (2017), offers new discoveries about Leonardo’s life and work, weaving a narrative that connects his art to his science. He is also the author of The Innovators: How a Group of Hackers, Geniuses, and Geeks Created the Digital Revolution (2014), Steve Jobs (2011), Einstein: His Life and Universe (2007), Benjamin Franklin: An American Life (2003), and Kissinger: A Biography (1992), and coauthor of The Wise Men: Six Friends and the World They Made (1986).

He is a host of the show “Amanpour and Company” on PBS and CNN, a contributor to CNBC, and host of the podcast “Trailblazers, from Dell Technologies.”

Isaacson was born on May 20, 1952, in New Orleans. He is a graduate of Harvard College and of Pembroke College of Oxford University. He began his career at The Sunday Times of London and then the New Orleans Times-Picayune. He joined TIME in 1978 and served as a political correspondent, national editor, and editor of digital media before becoming the magazine’s 14th editor in 1996. He became chairman and CEO of CNN in 2001, and then president and CEO of the Aspen Institute in 2003.

He is chair emeritus of Teach for America. From 2005-2007 he was the vice-chair of the Louisiana Recovery Authority, which oversaw the rebuilding after Hurricane Katrina. He was appointed by President Barack Obama and confirmed by the Senate to serve as the chairman of the Broadcasting Board of Governors, which runs Voice of America, Radio Free Europe, and other international broadcasts of the United States, a position he held from 2009 to 2012. He had been a member of the New Orleans City Planning Commission.

He is a member of the American Academy of Arts and Sciences, the Royal Society of the Arts, and the American Philosophical Society. He is a fellow of Lowell House at Harvard and of Pembroke College at Oxford. He  serves on the board of United Airlines, Bloomberg Philanthropies, the Society of American Historians, New Schools for New Orleans, the U.S. Defense Department Innovation Board, and My Brother’s Keeper Alliance. He is an advisory partner at Perella Weinberg, a financial services firm based in New York City.

All email inquiries should be sent to Lindsey Billips: lbillips@tulane.edu

Ivory Power – How genetic scientists at Berkeley raced to the labs and created a high-speed test for the coronavirus.

Should the Rich Be Allowed to Buy the Best Genes? A letter from Quebec City and parts west … 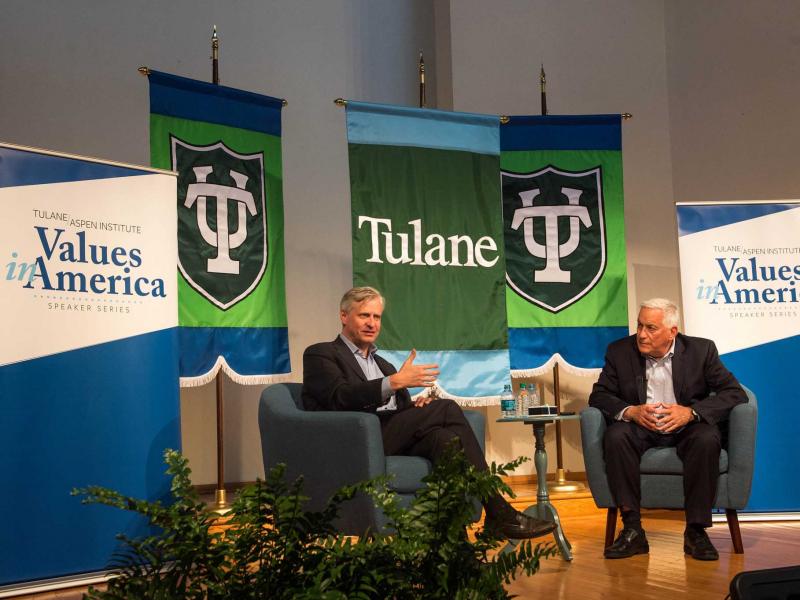