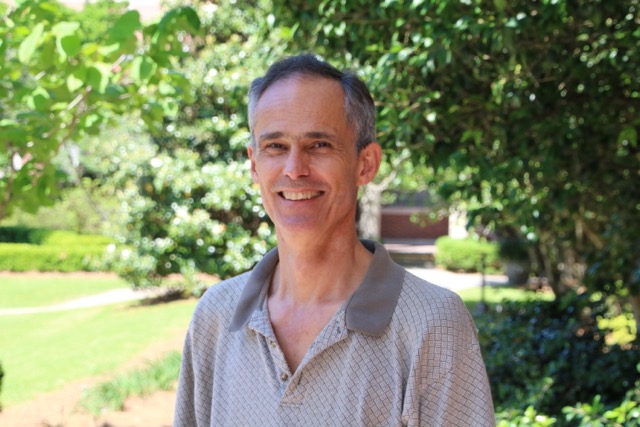 Harry Howard received his Ph.D. in Linguistics from Cornell University in 1993, having worked with Margarita Suñer on focalization in Spanish and English in the Principles and Parameters theory of syntax. Since then, he has branched out into computational modeling of language and cognition. The first milestone in this research was Neuromimetic Semantics: Coordination, quantification, and collective predicates, published by Elsevier Scientific in 2004. The main goal of this monograph is to build simple models of the logical coordinators and quantifiers using principles of computational neuroscience. A second milestone is the multi-agent model of the evolution of Spanish diminutive meanings to appear in the volume Language, Mind, and the Lexicon forthcoming from Peter Lang. He is currently trying to meld together the neuromimetic and multiagent approaches to computational modeling in an embodied theory of language and cognition, using the Webots mobile robotics simulator for the agents and their environment and the Neural Circuit Simulator CSIM as a neurologically realistic controller for the Webot agents.