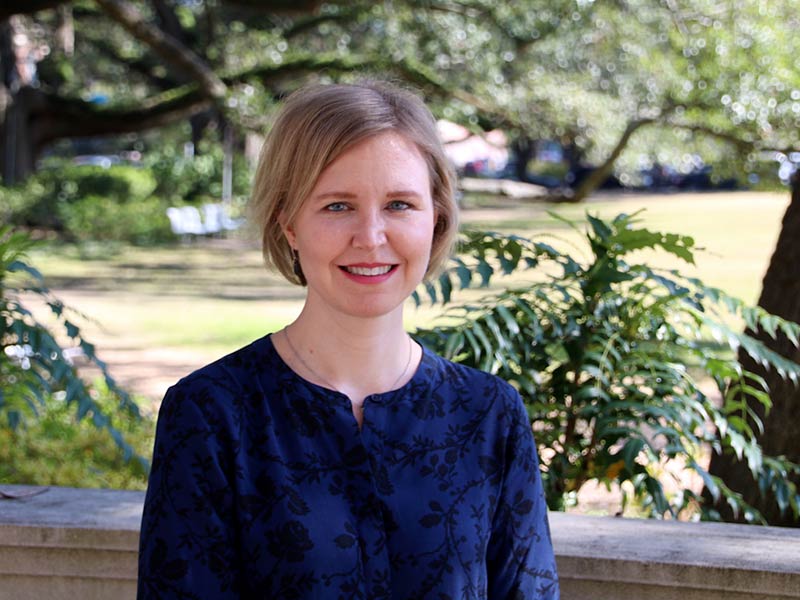 Rebecca J. Atencio is Associate Professor of Brazilian Cultural Studies in the Department of Spanish and Portuguese, and an affiliate faculty member  of the Stone Center for Latin American Studies at Tulane University. She is a member of the Executive Committee of the Brazilian Studies Association. Her research focuses on reckoning with dictatorship in contemporary Brazil and the role of artistic-cultural production in human rights struggles and processes of transitional justice in particular.

Her book, Memory's Turn: Reckoning with Dictatorship in Brazil (2014), explores the slow turn to memory in Brazil, showing how testimonial literature, telenovelas, literary novels, theatrical plays, and memorials have interacted with policies adopted by the Brazilian state, often in unexpected ways. Atencio proposes the cycle of cultural memory as a model for theorizing this interaction, which plays out in the case studies examined in each chapter. Memory's Turn is the first book to analyze Brazil's reckoning with dictatorship through both institutional and artistic-cultural means.

She is currently completing a new book project that tells the story of Brazil's national truth commission through the analysis of a series of literary, cultural, and performance interventions in the country's memory politics. Recent and forthcoming articles appear in Revista Anistia, Latin American Perspectives, and Luso-Brazilian Review. She is winner of the SECOLAS Sturgis Leavitt prize for best article on an interdisciplinary Latin American topic (2011).

She is founder and editor of the blog Transitional Justice in Brazil, which she maintains with the help of graduate and undergraduate research assistants. The blog provides English-language coverage of breaking developments pertaining to Brazil's national and local truth commissions, attempts to criminally prosecute state repressors, the reparations programs, and memorialization initiatives.

She directs Tulane's program in Portuguese and Brazilian Studies, and has led the university's summer abroad program for undergraduate and graduate students at PUC (Pontifícia Universidade Católica) in São Paulo. Recent course topics include Globalization and Brazilian Literature, Jogo Bonito: Soccer in Brazilian Culture, and The Emerging Middle Class in Fiction, Telenovela, and Film.