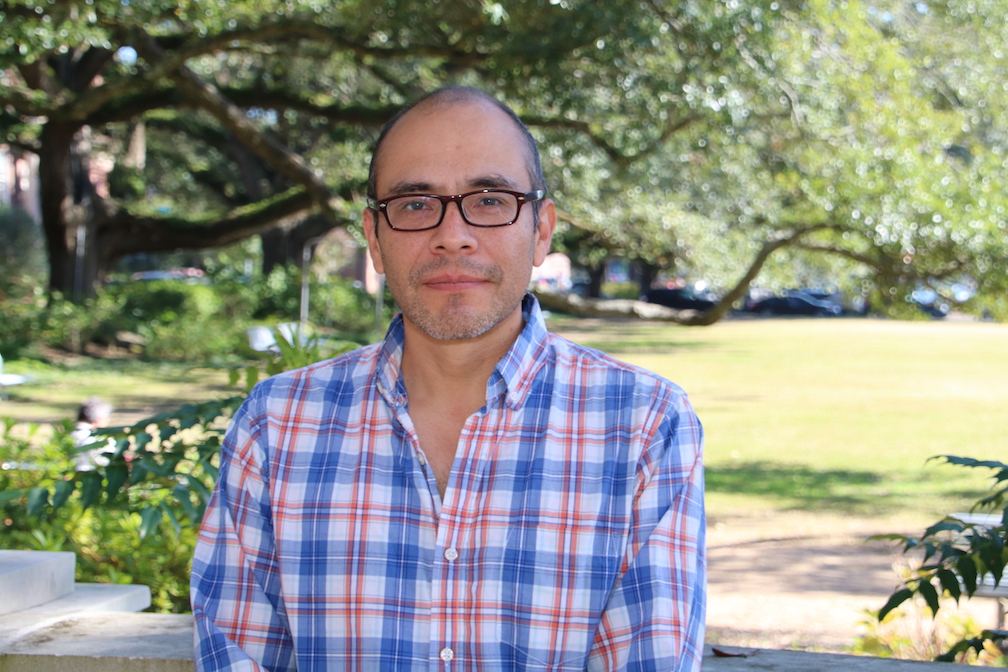 Yuri Herrera (Actopan, Hidalgo, México, 1970). Received his BA in Political Science at UNAM, MFA in Creative Writing at the University of Texas at El Paso, and Ph.D. at the University of California at Berkeley. His first novel Trabajos del reino (in English: Kingdom Cons) won the Premio Binacional de Novela Joven 2003 and received the “Otras voces, otros ámbitos” prize for the best novel published in Spain in 2008; his second novel, Señales que precederán al fin del mundo (Signs Preceding the End of the World) was finalist of the Rómulo Gallegos Prize. His third novel is La transmigración de los cuerpos
(Transmigration of Bodies). The three novels have been translated into multiple languages, and published in English by the British publisher And Other Stories. He has also published two books for children in Mexico: ¡Éste es mi nahual ! and Los ojos de Lía.

In 2016 he shared with translator Lisa Dillman the Best translated Book Award for the translation of Signs Preceding the End of the World. In 2016 Rice University and Literal Publishing published Talud, a collection of his short stories. Also in 2016 he received the Anna Seghers Prize at the Academy of Arts of Berlin, for the body of his work. His latest books are the historical narrative A Silent Fury: The El BordoMine Fire, and the sci fi short stories collection Diez planetas. He has taught literary theory, creative writing and Latin American literature at the Universidad Iberoamericana, in Mexico; an d at the University of North Carolina-Charlotte, before coming to Tulane University, where he is an Associate Professor.