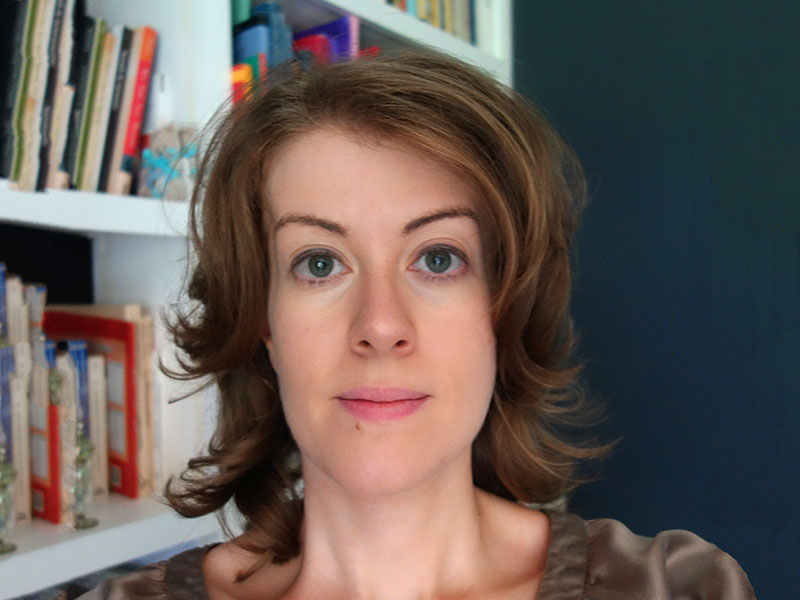 Edwige Tamalet Talbayev is a literary scholar working at the intersection of Maghrebi literature, Mediterranean Studies, and Critical Ocean Studies.

Her first book, The Transcontinental Maghreb: Francophone Literature across the Mediterranean, was published by Fordham University Press in 2017. Studying a Mediterranean-inspired body of texts from Morocco, Algeria, Tunisia, and Gibraltar in French, Arabic, and Spanish, the book argues for a transmaritime deployment of the Maghreb across Mediterranean sites to which it has been materially and culturally bound for millennia. Through a reflection on allegory and critical melancholia, the book shows how the Mediterranean decenters postcolonial nation-building projects and breathes new life into Maghrebi claims to an inclusive, democratic national ideal yet to be realized.

She is the co-editor of Critically Mediterranean: Temporalities, Aesthetics, and Deployments of a Sea in crisis (Palgrave 2018), which probes the critical relevance of the Mediterranean as a theoretical entity and an aesthetic, hermeneutic, and theoretical category for the interpretation of culture in the modern era. The critical Mediterranean outlined in the book is plural and performative—a medium through which subjects may negotiate imagined relations with the world around them in times of crisis.

She is currently at work on several projects that delve into the materiality of water as a site of alternative epistemologies and experiences of being. Among them, her book in progress, The Residual Migrant: Water Necropolitics in the Anthropocene, draws on biotheory, border studies, and ecocriticism to theorize the dissolutive ontologies specific to drowned migrants whose submerged bodies are amalgamated into ecologically ravaged, deep-sea environments. A second book-long project, a co-edited volume entitled “Water Logics,” examines the epistemological models that a focus on seawater as an analytical category can purvey. “Water Logics” was the focus of an international conference at Tulane on April 11-12, 2019.

Talbayev is Editor of Expressions maghrébines, the leading peer-reviewed journal of the Coordination Internationale des Chercheurs sur les Littératures Maghrébines (CICLIM), which has been housed in the Department of French and Italian since 2014. She is a member of the PMLA advisory committee (2021-2024) and has served on the editorial boards of several other journals, including Yale French Studies (2009-2013). She currently chairs the MLA CLCS Mediterranean Forum Executive Committee (2022). She serves as co-Vice President of the Center for Francophone Studies at the University of Leipzig, Germany. She has recently held visiting appointments at the University of Tunis (Doctoral School, 2014), Institute of Contemporary Art, Miami (Knight Foundation Art+ Research Center, 2021), Università Ca’ Foscari Venezia (Middle East Studies/DSAAM, 2021) and Université Toulouse Jean-Jaurès (Laboratoire Cultures Anglo-Saxonnes, 2022). Prior to coming to Tulane, Talbayev was Assistant Professor of French at Yale University and an affiliate of the Council on Middle Eastern Studies and the Council on African Studies at the MacMillan Center at Yale.