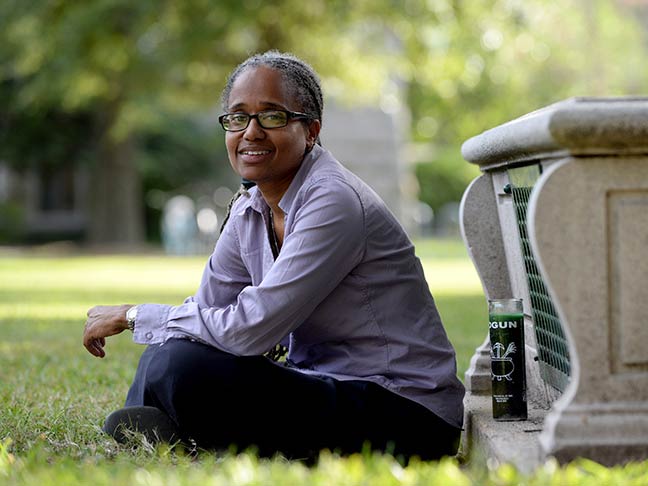 Laura Rosanne Adderley specializes in the History of the African Diaspora; the Atlantic Slave Trade, Black Enslavement in the Americas, Caribbean History, and African-American History.

Professor Adderley works primarily as a comparative slavery historian focusing particularly on the 19th century, and the era of slave trade abolition and emancipation. Although the bulk of her research has concerned British slave trade suppression and the Africans affected by it, because of the nature of the 19th-century Atlantic slave trade, her research work has various transnational components across multiple colonial and geographic boundaries, including most significantly interaction between the British and Spanish colonized Caribbean and North America. Adderley is author of “New Negroes from Africa” : Slave Trade Abolition and Free African Settlement in the Nineteenth-Century Caribbean (2006).  The book was a co-winner of the Wesley-Logan Prize for African Diaspora History, jointly awarded by the American Historical Association (AHA) and the Association for the Study of African-American Life and History (ASALH).

Her current book project is entitled Practicing Emancipation:  Slave Ship Survivors, Atlantic Abolition, and the Everyday Politics of Freedom. This work focuses on the earliest Africans rescued from illegally operating slave ships and re-settled by British colonial authorities between 1807 and 1819, mostly in Antigua, the Bahamas and Tortola.  Focused on years of particularly intense debates over what should happen to black laborers if widespread abolition occurred, The book uses records related to the settlement of these Africans to reconstruct a black-centered commentary on those policy debates about the everyday meanings of freedom.  Other projects include a micro-history involving sexual assault aboard a 19th-century slave ship, and a collective biography of free African soldiers who worked for British authorities in Havana Cuba in their efforts to police illegal slave trading in the 19th-century.

From 2013-2020 Professor Adderley served as the administrative director for the Africana Studies Program at Tulane. She currently serves as as one of two Tulane representatives on the Board of the Amistad Research Center. From 2013 to 2019 she was a board member for the academic Association for the Study of the Worldwide African Diaspora (ASWAD), serving for three years as ASWAD Secretary.  She is also a part of a New Orleans based effort to research and create public education around the life and legacy of African-American Episcopal saint, Frances Joseph Gaudet–an early 20th-century and educator and prison reform advocate.  Adderley is also broadly interested in public history projects related to black enslavement and its legacies around the Americas; with a focus on how high quality public history projects can influence visionary public policies and strong community culture in the present.