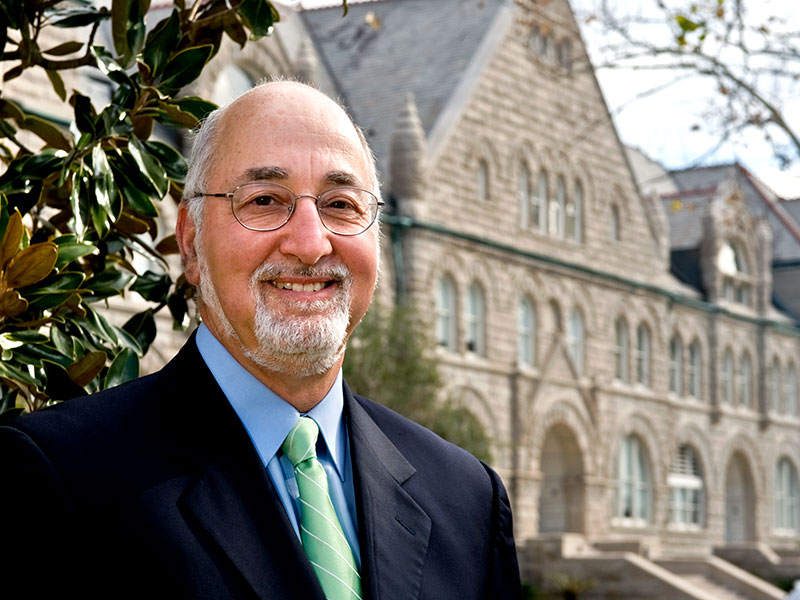 Steven M. Sheffrin joined the Tulane faculty in 2010. He received his B.A. from Wesleyan University and his Ph.D. in Economics from the Massachusetts Institute of Technology. He began his career at the University of California, Davis and served as both department chair of Economics for seven years and dean of the Division of Social Sciences for ten years. Sheffrin has been a visiting professor at Princeton University, the London School of Economics, Nuffield College in Oxford, and Nanyang Technological University in Singapore. He also served as a financial economist with the Office of Tax Policy Analysis, U.S Department of the Treasury.

He is the author of twelve books and over one hundred articles in macroeconomics, international finance, and taxation, including work in federal and state corporate taxation, taxpayer compliance, the psychology of taxation, and property taxation. His most well-known books are Rational Expectations, Property Taxes and Tax Revolts: The Legacy of Proposition 13, and Tax Fairness and Folk Justice. Building on his prior work in tax policy, he has been active in tax reform efforts in Louisiana including having served on the Task Force on Structural Changes in Budget and Tax Policy and currently serves as a member of the Louisiana Tax Institute.