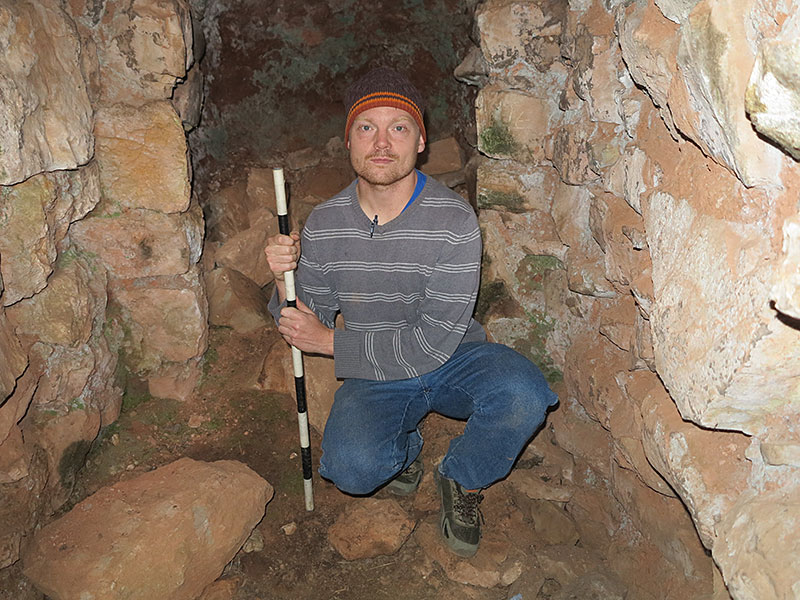 Jason Nesbitt specializes in the archaeology of the central Andes, with a focus on the Initial Period (1700-800 BC) and Early Horizon (ca. 800-300 BC) of Peru. Prior to coming to Tulane, he conducted archaeological research on early monumental architecture on the central and north coast of Peru. Currently Jason is working on the "Chavin Hinterlands Project" (2014-present). Co-directed with Bebel Ibarra (PhD student, Tulane University), this project examines the nature of hinterland communities in the Huari region of the north-central highlands of Peru during the time of urban growth at the site of Chavín de Huántar. Nesbitt also participates in the Campanayuq Rumi Project (2013-present) in the Department of Ayacucho, in collaboration with Yuichi Matsumoto (Yamagata University), Yuri Cavero (Universidad Nacional Mayor de San Marcos), and Edison Mendoza (Pontificia Universidad Católica de Perú). This project is aimed at understanding exchange and interaction and the role that it played in both local and regional socioeconomic and religious transformations during the late second and early first millennia BC. Recent research has employed pXRF in order to study obsidian interregional obsidian exchange systems between Campanayuq Rumi and contemporary centers during the Early Horizon.

2010 Provincial Religious Centers in the Inka Empire: Propagators of Official Ideology or Spaces for Local Resistance? In Comparative Perspectives on the Archaeology of Coastal South America, edited by Robyn Cutright, Enrique López-Hurtado, and Alexander Martín, pp. 213-229. Memoirs in Latin American Archaeology, University of Pittsburgh. (Published in English and Spanish as part of a bilingual series).

Ryan Scott Hechler(2015-present) is a first year PhD student. Ryan holds a BA degrees in Art History and History from Virginia Commonwealth University and an MA in Anthropology from McGill University. His research is based in the Andes between northern Ecuador and southern Colombia, particularly with a focus on the transitional colonial experiences faced in the region under the Inkas and subsequently the Spanish. At a broad level he is interested in imperialism and colonialism and their effects on community and identity. Recently he has been concerned with understanding the Late Horizon to Early Spanish Colonial transformation of Andean notions of difference, with recent studies concentrating on disability and gender. He is an archaeological anthropologist that actively incorporates ethnohistory into his research.

Bebel Ibarra (2013-present) is a third year PhD student. Before coming to Tulane, Bebel studied at the Universidad Nacional Mayor de San Marcos. He has spent almost two decades engaged in archaeological research in the north-central highlands of Peru and has published two edited volumes on the archaeology of the region. Bebel’s dissertation research focuses on changing mortuary practices in Huari, Ancash, during the period between approximately AD 500 and the 16th century. Other areas of interest include the investigation of Inka administrative architecture in the north-highlands.