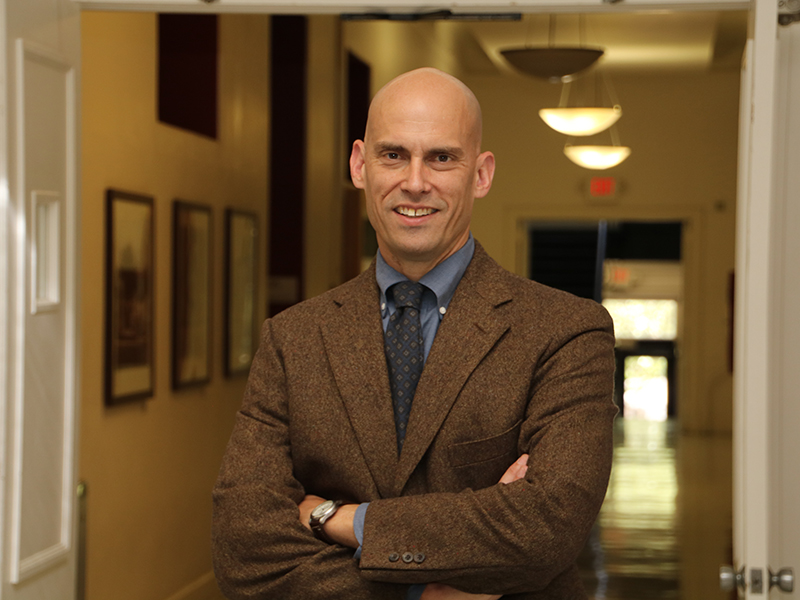 Adam McKeown teaches and writes on sixteenth- and seventeenth-century English and Trans-Atlantic literature. His particular areas of interest are visual culture, community, and rhetoric, and he has published articles on these topics in The Sidney Journal, Studies in English Literature, and Early American Literature. His book, English Mercuries: Soldier Poets in the Age of Shakespeare (Vanderbilt, 2009), studies community and the militarized state through the perspective of Elizabethan war veterans who came home to carve out literary careers. His current book project focuses on literature, military architecture, and the reinvention of community space in the early modern Atlantic world. He teaches English 200 Literary Investigations in addition to a wide range of undergraduate and graduate courses on the Renaissance and the early modern period. His Ph.D. is from New York University and his B.A. and M.A. are from the University of New Hampshire.