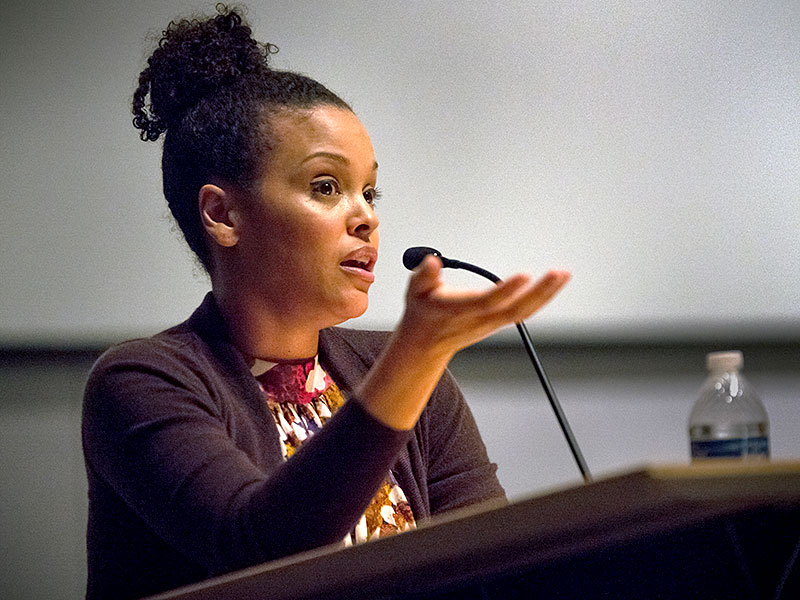 M.F.A. The University of Michigan

Jesmyn Ward received her MFA from the University of Michigan and is currently a professor of creative writing at Tulane University. She is the author of the novels Where the Line Bleeds and Salvage the Bones, which won the 2011 National Book Award, and Sing, Unburied, Sing, which won the 2017 National Book Award. She is also the editor of the anthology The Fire This Time and the author of the memoir Men We Reaped, which was a finalist for the National Book Critics Circle Award. From 2008-2010, Ward had a Stegner Fellowship at Stanford University. She was the John and Renée Grisham Writer in Residence at the University of Mississippi for the 2010-2011 academic year. In 2016, the American Academy of Arts and Letters selected Ward for the Strauss Living Award. She received the prestigious MacArthur Fellows “Genius Grant” from the John D. and Catherine T. MacArthur Foundation in 2017. Her 2020 book, Navigate Your Stars, is based on her 2018 Tulane University commencement speech about the value of hard work and the importance of respect for oneself and others.

Jesmyn Ward in the News