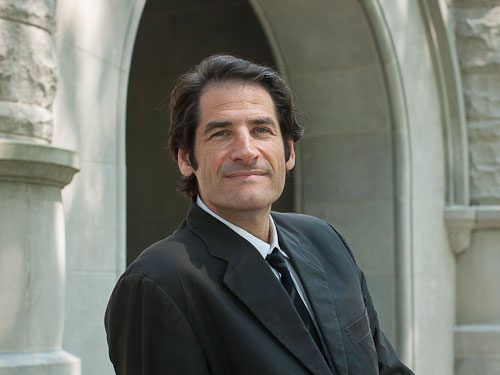 While my four books differ in terms of form and genre, they share a great deal in terms of their preoccupations: the dynamics of relationships, a sense of place, and a preoccupation with the nature and effect of time.

My first collection of stories, Seduction Theory (1995), alternates between a series of romantic entanglements and scenes from the childhood of a character named Alex Fader. My second book, a novel, The Sleep-Over Artist (2000), a New York Times Notable Book and L.A. Times Best Book of 2000, has Alex Fader as a central character. My third book, How to Be a Man: Scenes from a Protracted Boyhood (2005), collects essays written over a period of more than ten years than cover a variety of subjects. My fourth book, “J.D. Salinger: The Escape Artist,” won the New York City Book Award for Biography/Memoir, a category meant to include both kinds of nonfiction, but fitting for the book’s hybrid nature.

My work has been reprinted in Best American Short Stories, The Art of the Essay, and numerous other anthologies. I have edited four anthologies of essays. From 1990-2010, I edited the small press and magazine, Open City Magazine and Books. My current projects include a novel, an investigation into the subject of lead and the environment; a rumination on the experience of playing basketball; a book about the refugee experience of my family in 1938. My fifth book, Lost in the Game: A Book About Basketball, is about NBA basketball, playground basketball, and city life. It will be published in November 2022 by Duke University Press.

I am a long-time contributor to the New Yorker and also write for The New York Times, Vogue, Town and Country, and The Threepenny Review among others.

"Stages of Arrival," in Tulane Magazine, about moving to New Orleans and Tulane: https://news.tulane.edu/news/thomas-beller-stages-arrival