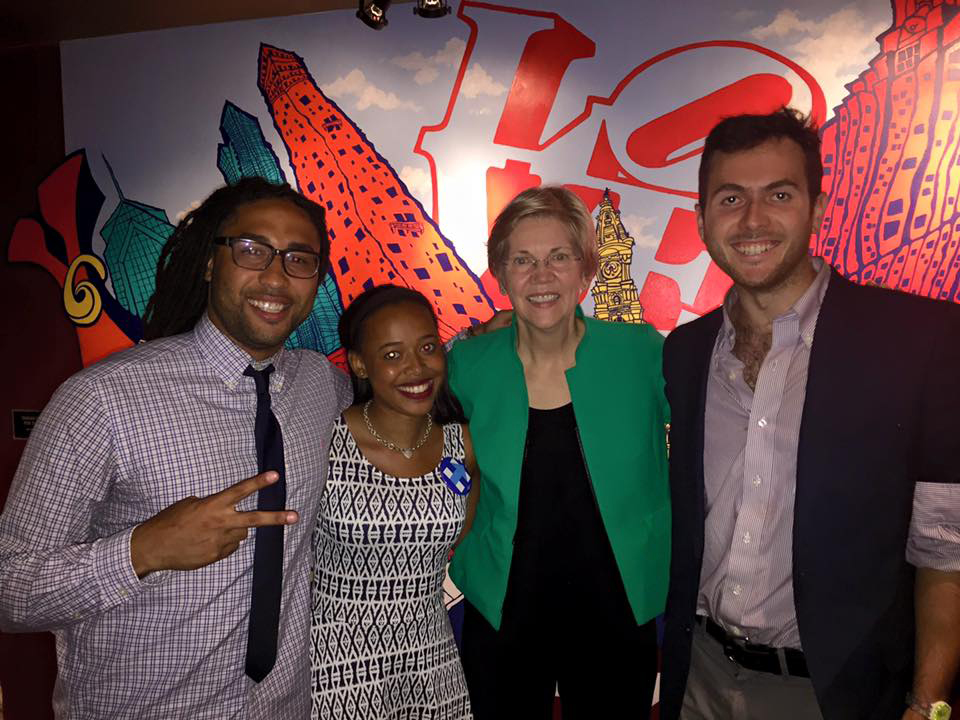 Samuel Fishman, (SLA '16) with Elizabeth Warren at her DNC after party

Two months after graduating from the School of Liberal Arts I packed up my bags and drove north to Philadelphia to accept a job on the Hillary Clinton campaign. There I worked as an Organizer, managing volunteers, staffing campaign events, and launching canvass and voter registration drives. I was able to attend the Democratic National Convention, and former Secretary of State Madeline Albright’s sister treated me to a soda. Obviously- it was an exciting and fast paced four months. While we may not have succeeded in electing Hillary Clinton, the two Philadelphia wards I supervised turned out for Hillary at 94 and 96 percent respectively, which I think is pretty respectable, especially in the face of a national loss.

My time at Tulane was critical for my personal success on the campaign in two ways. First, while I know it seems trite, the connections you make at school will be crucial for your career advancement. One of my fellow Political Economy majors who graduated a year before I did was a campaign supervisor in PA. He posted the job listing on Facebook and interviewed me for the position. Without him, I never would have even known about the opportunity. In addition, a number of other Organizers in PA were Tulane alums or students taking time off. I met a fellow Tulanian at my first day of training, which made me feel more comfortable in an unfamiliar city and work environment. 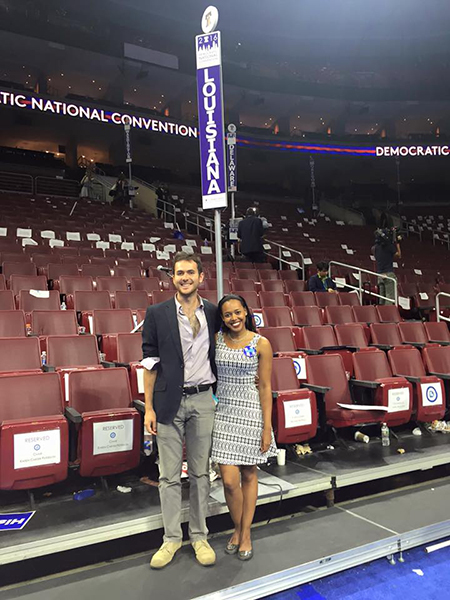 Samuel Fishman (SLA '16) at the DNC in front of the LA convention section.

Second, my Spanish minor and my experience studying abroad in Havana gave me the language skills I needed to work in the heavily Puerto Rican neighborhoods of North Philadelphia. If I hadn’t gone abroad I would have been unable to assist my coworkers who relied on me to speak Spanish to volunteers and voters. An immersion abroad program is an invaluable experience that I believe all students should take advantage of.

Overall, my time at Tulane was a perfect springboard into the campaign. I am confident that every Tulane graduate has the skills to be an effective Organizer, and it is a great entry-level position for recent graduates interested in politics or advocacy.

I am currently serving a 10-month English Teaching Assistant (ETA) Fulbright grant in Paraguay and will return to the USA in 2018.