“When Carole and Ken Boudreaux endowed this series, their vision was to help bring internationally famous creative writers to our campus, where they could interact with students and members of the Tulane and greater New Orleans community.”

Check back in September for the announcement of our 2022 speaker! 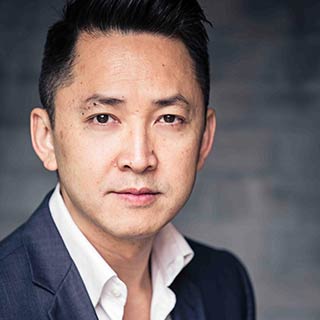 Author Viet Thanh Nguyen, inaugural speaker of the Carole Barnette Boudreaux ’65 Great Writers Series, is the winner of the 2016 Pulitzer Prize for fiction for his novel The Sympathizer. He is a University Professor, Aerol Arnold Chair of English, and Professor of English, American Studies and Ethnicity, and Comparative Literature at the University of Southern California. He is a MacArthur Fellow (2018-2022), a fellow of the American Academy of Arts and Sciences, and a Guggenheim Fellow for 2017-2018. He has also been a fellow of the American Council of Learned Societies (2011-2012), the Radcliffe Institute for Advanced Study at Harvard (2008-2009) and the Fine Arts Work Center (2004-2005). He has received residencies, fellowships, scholarships and grants from the Luce Foundation, the Mellon Foundation, the Asian Cultural Council, the James Irvine Foundation, the Huntington Library, the Djerassi Resident Artists Program, the Bread Loaf Writers’ Conference, Creative Capital and the Warhol Foundation. Nguyen’s second novel, The Committed, was published in 2021 as a sequel to The Sympathizer. HBO is turning The Sympathizer into a TV series for 2023, directed by Park Chan-wook.