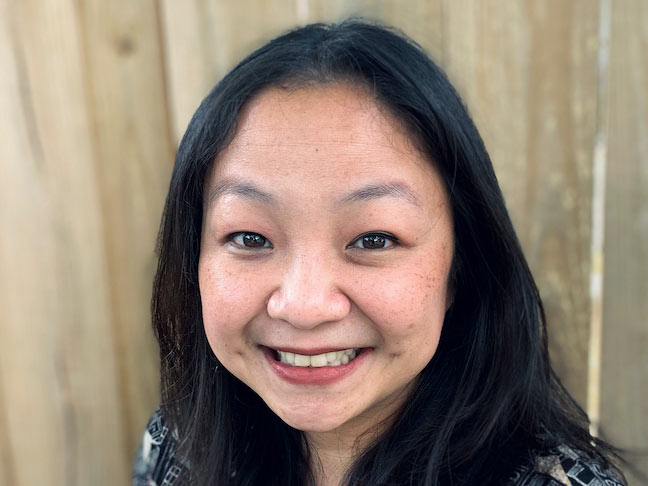 Cheryl Narumi Naruse (nah-roo-seh) is an Assistant Professor of English and the Mellon Assistant Professor of the Humanities at Tulane University. Her research and teaching interests include contemporary Anglophone literatures and cultures (particularly those from Southeast Asia and the Pacific Islands), diasporic Asian and Asian American literature, postcolonial theory, cultures of capitalism, and genre studies. Recent courses she has taught include “Literatures of Tourism,” “Race, Empires, and Asian America,” “Asian Diasporic Literature,” “Love and Capitalism,” “Postcolonial and Diasporic Southeast Asian Literature,” “Literary Investigations,” and “Postcolonial Theory.” In 2022, she was awarded a Faculty Appreciation Award by the Graduate Studies Student Association for excellence in mentoring and teaching.

Naruse’s first book, tentatively titled Global Asia and Its National Cultures: Genre and Postcolonial Capitalism in Singapore, theorizes Singapore's transpacific cultures of capitalism using the tools of literary and cultural criticism and demonstrates the ongoing significance of postcolonial nationalism in our current economic moment. The book moreover demonstrates how studying economically exceptional “Asian Tiger” sites like Singapore are crucial for comprehending constructions of global inequality and offers an expanded, contemporary vision for postcolonial theory. Other current projects include Detours: A Decolonial Guide to Singapore, a collection she is co-editing with Joanne Leow and Alfian Sa'at, and a second monograph, Editing Between Empires: Critical Regionalism and Anglophone Literatures of Southeast Asia, which examines the curative role of editors in producing the literary, regional imagination of Southeast Asia from the post-1945 decolonization era to the present.

Naruse’s publications include articles in biography, Genre, and Verge: Studies in Global Asias as well as chapters in The Cambridge Companion to Literature and Economics and Singapore Literature and Culture: Current Directions in Local and Global Contexts. She has also co-edited a number of special issues: "Literature and Postcolonial Capitalism" for ARIEL: A Review of International English Literature; a Periscope dossier “Global Asia: Critical Aesthetics and Alternative Globalities” for Social Text Online; and "Singapore at 50: At the Intersections of Neoliberal Globalization and Postcoloniality" for Interventions: International Journal of Postcolonial Studies.

Naruse earned her Ph.D. and M.A. degrees in English from the University of Hawaiʻi at Mānoa, with a certificate in International Cultural Studies from the East-West Center. Her research has been supported by a postdoctoral fellowship with the Global Asia research cluster at Nanyang Technological University in Singapore (2015-16). For the MLA, Naruse served as the inaugural chair of the Southeast Asia and Southeast Asian Diasporic Comparative Literature and Cultural Studies Forum (2018-19). As former chair of the MLA Delegate Assembly Organizing Committee (2018-19), she led the Delegate Assembly through a discussion on power differentials in graduate education. Naruse also serves as a consultant reader for ARIEL and as the Southeast Asia section editor for Oxford's Year's Work in English Studies.