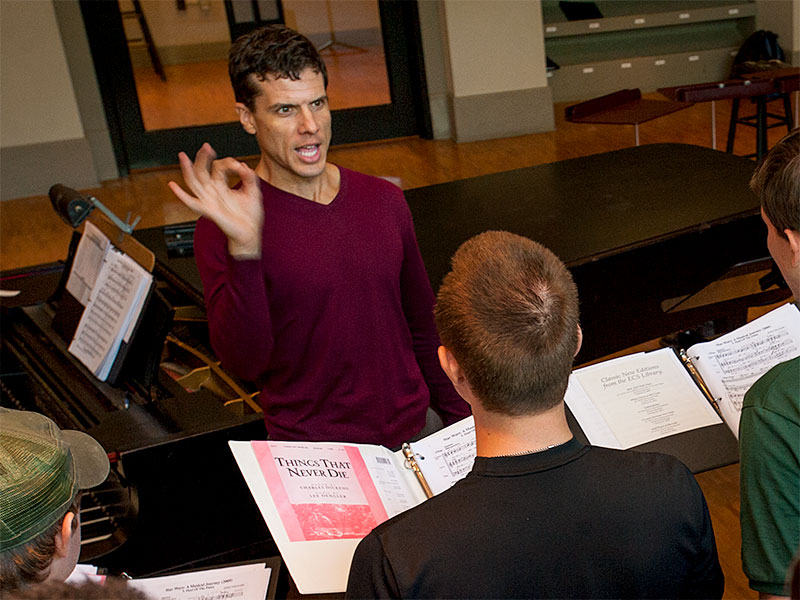 The Virginia Beer Professor of Music

C. Leonard Raybon, a native of the Mississippi Gulf Coast. After earning a bachelor’s degree from William Carey College in music education, he won a Rotary Ambassadorial Fellowship to study in York, England, where he earned his master’s. His doctorate, from Louisiana State University, is in choral conducting with a minor in vocal performance.

He has been on the faculty of Tulane for thirteen years, and currently serves as chair of the Newcomb Department of Music. At Tulane, he is the Director of Choirs, resident musical director and conductor for the prestigious Summer Lyric Theatre at Tulane, and a voice teacher.

He has presented papers in Honolulu, Hawaii, Oklahoma City, Oklahoma, and has had an article on Bach’s Jesu, meine Freude published in The American Organist. In 2009 he was invited as guest conductor in Tel-Aviv, Israel. Raybon has won two Big Easy Awards for musical direction in Pirates of Penzance and Man of La Mancha at Summer Lyric at Tulane.

He was recently a featured soloist and chorister the Monteverdi Vespers at Marigny Opera House. Leonard and his choirs performed in Rome, Florence, and Venice in 2013. In the Summer of 2014, in Rome, he presented a paper on his innovative beginning voice teaching approach based in Aristotle, and an article on the topic will be published in the International Journal of Arts Education.