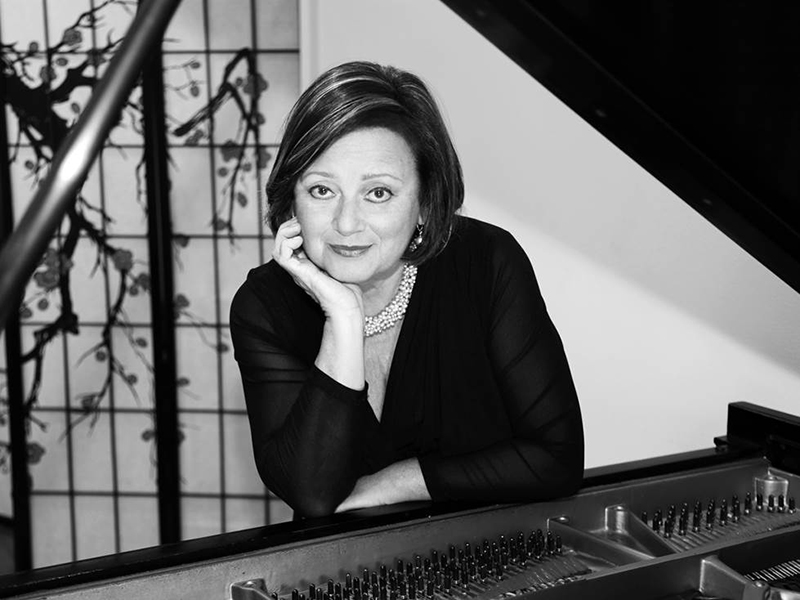 " . . . The qualities she prizes most are clarity of line and transparency of texture . . . Powerful, direct performances . . . an incisive clarity remained her hallmark."

"Her technique is sure and ample . . . her tone varies from a beautiful, singing lyricism to a more matter-of-fact solidity"

"The piano seemingly changed into a magical spinning wheel on which she wove the most imaginative musical ideas. Two hours spent basking in her glorious music making was not enough"

Faina Lushtak was born and raised in the Soviet Union. She began her piano and composition studies at the age of six, taught by her mother, Evgenia Lushtak. She went on to study at the Stoliarsky School for Musically Gifted Children in Odessa under the tutelage of Eleonora Levinson, followed by the Moscow Tchaikovsky Conservatory, where she was taught by Genrietta Mirvis, Yakov Zak and Tikhon Khrennikov, and earned degrees in piano performance and composition.

Her performances have earned widespread critical acclaim. At her debut at Alice Tully Hall, The New York Times wrote, “The qualities she prizes most are clarity of line and transparency of texture. Incisive clarity remained her hallmark.” The Times-Picayune wrote that “her technique is sure and ample” and spoke of her “beautiful, singing lyricism.” At the Bachauer Festival, The Salt Lake Tribune commented that “two hours spent basking in her glorious music wasn’t enough.”

Ms. Lushtak is the Downman Professor of Music at Tulane University, where she heads the piano division. She also serves on the faculty of the Orfeo International Music Festival in Italy. She is a Steinway Artist. Ms. Lushtak’s performance of works by Rachmaninoff and Scriabin was recorded on the Centaur label, as was her performance of Chopin Mazurkas. Ms. Lushtak’s recording entitled “La Poésie de la Vie”, produced by E.F. Virgin records, features some of her favorite pieces by various composers from Bach to Débussy. Her most recent CD showcases her own piano compositions, ranging from simple pieces for children to works for musically sophisticated audiences.

Ms. Lushtak’s compositions for piano have been published by Willis Music, and by the British music publisher Boosey & Hawkes.