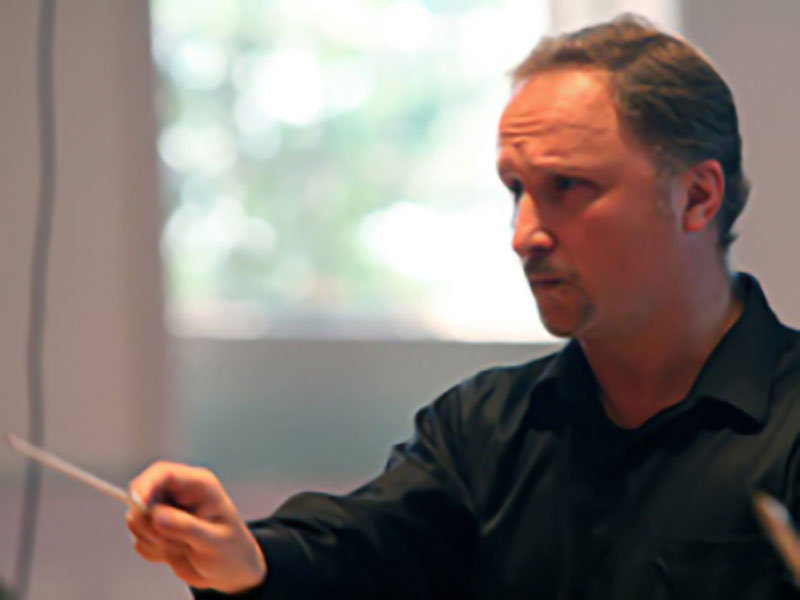 Maxim Samarov was born in Moscow, Russia in a family of musicians and started his music studies at the age of five. He studied cello at Junior College of the Moscow Conservatory and later at Jerusalem Music Academy and Southern Methodist University, and performed extensively as a cello soloist, chamber music player and orchestra member in Russia, Europe, Israel, and the United States. He received his degrees in orchestral conducting from University of Missouri-Kansas City and Michigan State University, in addition to studying extensively with Kenneth Kiesler in summer workshops and privately.

He has appeared as a guest conductor with Pleven Philharmonic and Rousse Philharmonic in Bulgaria, Sinfonia Bucharest in Romania, and Fleur de Lys Chamber Orchestra in New Orleans, and conducted the premiere recordings of Symphonies #4, 6, and 7 by Canadian composer Alan Belkin. Dr. Samarov made his operatic debut conducting Verdi's "Rigoletto" at State Opera Burgas (Bulgaria) in 2014 and later conducted Puccini's "Madama Butterfly" and Verdi's "La Traviata" at State Opera Stara Zagora, Bulgaria. In 2016, he co-founded New Orleans Chamber Orchestra, a professional ensemble with a mission to showcase the rich classical music tradition of New Orleans.

As a composer, Mr. Samarov is the author of a symphony, a guitar concerto, an opera "Feast at the Time of Plague," and a number of chamber works; his cantata "Ars Moriendi" was premiered by New Orleans Chamber Orchestra in June 2018. He performs regularly as a substitute cellist with Louisiana Philharmonic and is in demand as a high school/youth orchestra clinician. Dr. Samarov resides in New Orleans with his wife Tanya, a pediatrician, and their son Julian.