Last year, we established a new practice in SLA - recognizing outstanding teaching, service, and research. As befitting a school less than five years old, we now can call this practice a tradition, although given that we are still improving the format of these awards, I admit that it is a tradition still in the making. In addition to the awards we gave last year, we have added a new and much deserved honor that recognizes an outstanding staff member. The names of this year’s and last’s year’s winners have now been placed on plaques in the SLA conference room. In the years to come, this list will continue to grow, reflecting the outstanding nature of our faculty and staff. My one regret in this process is in selecting one individual for each award, we cannot recognize all who deserve to be honored. 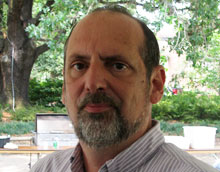 The outstanding teaching award goes to Jim Boyden of the History Department. Jim has been recognized for his graduate teaching, previously winning an award in 1996, but, as his chair wrote in the nomination, he "has been an exception teacher at both the graduate an undergraduate level." A specialist in early modern Spain, he has been essential to the graduate programs in late medieval and early modern Europe as well as Latin American history. A mentor to scores of students, he serves as advisor, editor, coach, and advocate. On the undergraduate level, he is often stolen by the honors’ program where he was instrumental in developing the new freshman honors colloquium. On their evaluations, students reward him with outstanding scores and apply adjectives to him such as "amazing," "intelligent," and "excellent" even though - or perhaps because - he demands a great deal from them. 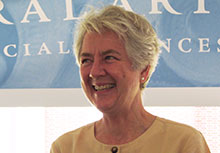 The award of service this year goes to Jane Carter of the Classical Studies Department. Jane has completed three terms as chair of the Department, creating an outstanding group of faculty members who all share her dedication to the University and its mission. Spearheading her department’s SACS initiative, she has used the findings to improve the students’ experience and skills. In addition, she has served on almost every major LAS and SLA committee including the Executive Committee, the Nominating Committee, the Curriculum Committee, and the Grievance Committee. Her wisdom, generous spirit, and organizational skills have been recognized by all who are privileged to work with her. As her colleagues who nominated her wrote, "Jane exemplifies a faculty member who devotes herself to the university, and…always displays the spirit of cooperation that helped our university recover so strongly from Hurricane Katrina..." 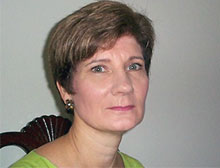 SLA’s award for outstanding scholarship is given to Linda Pollock of the History Department. Linda is an internationally recognized scholar of British history. Her first book Forgotten Children was a major revision of scholars’ understanding of parent-child relations in the early modern period. The book won a national book prize in Britain and has been translated into Spanish and Japanese. Her second book With Faith and Physic: The Life of a Tudor Gentlewoman, Lady Grace Mildmay 1552-1620 made the life and beliefs of a woman accessible to scholars during a period when such women were often invisible or forgotten. She has now entered the field of values and emotions an and is working on a new book entitled Emotions and Values in Early Modern England from which she has already published cutting- edge articles on anger, honor, and kindness as well as on female bonding and patriarchy. As might be expected, the editor of Past and Present has labeled her work as "landmark." As her chair wrote in his nomination, "the quality of Linda’s scholarly records and scholarly development of over her career is unsurpassed and makes her one of the most distinguished scholars in her field anywhere." 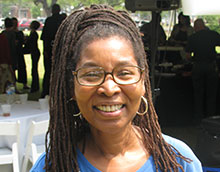 For the first annual staff award, we have selected Marie Davis of the Communication Department who received not one but three nominations. Marie not only runs a one-person department of twenty full and part time faculty but she does it with efficiency, patience and good spirit. Her chair describes her as the "life blood of the Department of Communication and School at large… serving as the Administrative Secretary, budget officer, accountant, work-study supervisor, and overall facilitator of all we do…" According to another nominator, she is "the guardian angel" of the Department who works under a "mantle of care and compassion." Staff members throughout the school and indeed the university contact Marie for information and guidance. In fact, when I wanted to appoint a staff member to serve on SLA’s Strategic Planning Committee the natural choice was Marie Davis. Not surprisingly, she was an essential to the planning, offering invaluable insights and guidance. As one of her nominators concluded, "she is a smart and perceptive colleague and a totally indispensable member of our departmental team."