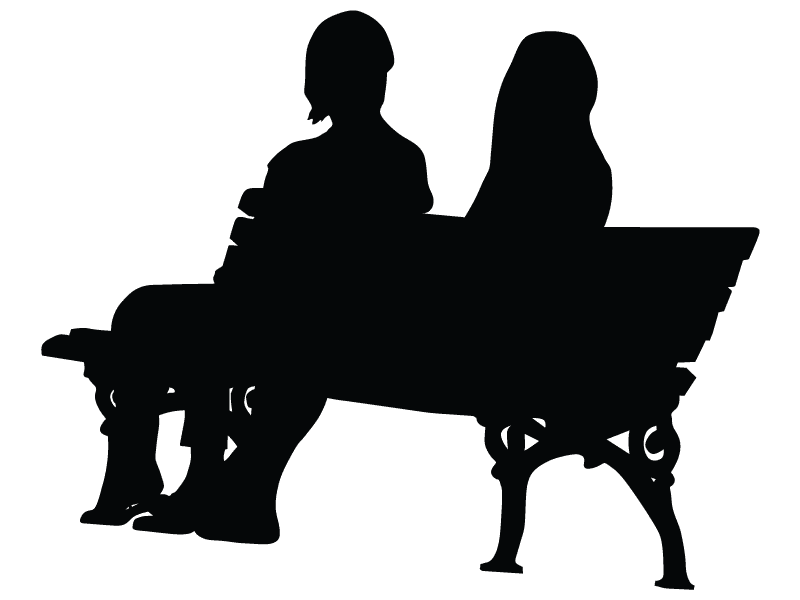 It was two blisters instead of one this time. Two circles of distorted and pulsing flesh at her left ankle and heel.

Sitting on a bench in front of a late-night diner, Bren crossed her leg foot-to-knee observing the sore brought on by her no-good shoes that tried her every day. Maneuvering her foot to return sensation to the paining areas, Bren wanted to cry. Or emit a moan. Yet that required energy the world milked from her day in, day out.

Bren glanced through the restaurant window at the clock. 12:15. The night was thick, too thick given the eclipsed stars and with the moon—Bren’s only guiding light toward home—being partially hidden by fast-approaching clouds. The wind of rain to come blew gently, just enough to momentarily break the Mississippi heat, just enough to bring leaves to gather at her sore feet. And in this moment, Bren recollected her mother. Luanne. A short and stout woman with a gentle, underlying hue of wine at her earth-colored cheeks and hands. She would walk two miles from her various jobs of cooking, laundry-working, sweeping off front stoops to the one-room shack where the colored children—sitting shoulder to shoulder—learned from books tattered and held together by any adhesive available. And from there she would walk home. One child carried, another hanging to the bend of her arm, bags of hand-me-downs or groceries dangling from her fingers. Be it rain or sweltering heat, she moved along the unpaved road to a home sometimes empty, sometimes filled with a husband’s drunken lamentations. Stuck sifting for mites in the bag of rice nearing its end and praying that the children will at least have enough. So, when Luanne sat in church and hollered out, “Come here, Lord!” Bren knew she meant, “Damn this world.” But church was not equipped to allow expression of such a grief. Mama love too easy and live too hard, Bren would tell her brother. I ain’t gone be like that. I can’t.

Yet, here she was, bearing weeping feet, praying the lights would still be on when she got home, wondering if her mother, too, had to scrub the stain of a white man’s hand touching her behind just to ask for a Coca-Cola refill. And when the hand was hesitantly removed, the white face turned to the well-accustomed red, scornful look as he yelled, “Black bitch!” Spit springing at -ch and landing on an area shock disallowed her from pinpointing, customer faces giving not looks of pity but of the same scorn. The only difference between Bren and her mother was her child wasn’t dangling from her arm and, instead, stuck out from an outfit unfit for an expecting mother.

Bren distracted herself by rubbing her leg to the harmonica riff bouncing from the juke joint across the street.

“Soak them in Epsom salt for an hour. Be like new come morning.”

Bren, assuming herself to be the only one sitting in front of the diner, turned her head startlingly toward the voice.

“Jean? Girl, I reckoned you was home by now.”

A tall woman of indigo-flowing skin approached her, dropping a cigarette to the pavement. She carried a solemn face that seemed to always search for signs, or spirits. Like a preacher in search of a shoulder to touch.

“I would be if there was something to go home to,” Jean said, releasing a sigh as she eased on the bench as if it were a struggle to simply sit, to simply rest.

“Same here. And these feet too weary to travel anywhere.”

“Oh, girl. What you mean ‘same here’?” Jean said with a chuckle from the chest. “You too young to act like trouble following you. You ain’t but how old? Twenty?”

“Twenty-two,” Bren said as she allowed her ulcered foot to touch the ground. The coolness of the concrete shocked the foot into relief. “And why you speaking like you old? Just found your way out of the twenties.”

“Honey, around these parts of the world, my age has my body searching for a dying bed.”

They each laughed, and their laughs came out sincere yet labored like their bodies. Labor was like that; even in moments of joy and leisure, it found its way into the body.

“Jean, let me ask you a question.” Bren stretched her legs, slowly reclining her back to bring it comfort.

“Have you ever loved?”

Jean leaned forward as if the question knocked wind from her chest. Her elbows rested on her knees, hands dangled in the space between. She released a grunt before answering, “Question is, has love ever loved me?”

“I hope I ain’t cause any harm by the question. I know you’re married and all, but what I learned from my folks is marriage can be just a mask.”

“Oh, no harm felt, honey.” Jean allowed silence to follow her response, for silence was a companion. Silence was never truly silence. Jean knew this. Answers roamed in silence, revelations clung to the neck of silence. Yet, she avoided the question. Too much sorrow, too much bereavement in it. Instead, she relied on, “You hinting around to Little One’s daddy?”

A wash of mourning crossed Bren’s face. “Sadly,” she replied.

“You know his whereabouts?”

“Naw. Picked up and left quicker than I could say the word baby.” Bren waited a beat. “You still haven’t–”

“I know about brothers too happy in the feet,” Jean interrupted, knowing the words to come. “Never chase after wandering men. That’s what my mama said. Don’t even bring yourself to miss em. Funny thing is you never know you got a wandering man till your soul dried up. He’ll be lying in bed, clothes hung up in the closet, dirty shoes on the porch. Dirt from em still fresh. And he be gone. Just gone.”

“Bren, girl, in so many words I have.” Jean, still leaning forward, turned her head to look at Bren. “I got four boys bout grown, all raising hell and bringing it home to me. Clinging to my skirt tail like they still babies. I got a husband with no get-and-go about him, probably sitting in the same spot I left him this morning. On top of that, ain’t got no type of love in him.” Jean returned her gaze to the pavement. Speaking sorrow to another was not the burden. It was the receiver’s eyes. Every depression, every mourning was held there, and given back in undulating agony. “I’ve walked this earth thirty years with no name, no land, no money, no loving. Can you dig that? Thirty years and all I got to show for it is grief.”

Bren returned to the harmonica riff. She was left bereft by the answer. But that was Jean. A straight speaker. No sense in metaphors, slick poems, smooth talking.

Jean sensed Bren’s depletion. “But this just sorrow from the belly speaking,” she said, nudging Jean with a grin of light. Perhaps a dim light but light indeed.

Bren emitted a sighing laugh. “I seen my mama love a man bent on working others into grief. Laid on her dying bed holding to a love running, always running. You see, is it possible to get love? I mean love. You ain’t got to walk for it, run after it, pine for it. Can you have that? Is there a love like that?”

Jean placed her hand on Bren’s knee. “Surely there is. It’s got to be. And we got to believe that to keep from going under.”

“Of course. You s’posed to be. Bringing a little one into the world and all. And besides, you got ole Jean. Might get crossed up in my feet sometimes. But you got me. Sure as you born.”

Bren smiled, caressing the words laid before her. There was a fullness that embraced the air, a reassurance not easy to come by. Like finding a sermon without a church, a lesson with no teacher. Bren felt foolish yet not shamed. Here she was bent on a love as if it was the only one offered. As if children didn’t cease their play, their laughs when a friend slipped on a mud patch. As if women didn’t halt their rocking, standing on the porch-front until the sixteen-year-old girl shuffling from work made it into the house. As if men didn’t slip silver dollars into the pockets of boys weeping for presence long gone. As if friends didn’t sit on benches, talking to the other burdened down by weary feet and a mourning spirit. Bren smiled, indeed, a smile that stretched the skin under her chin.

Jean looked at her, smiling the same smile. “Let me get you home, girl. Ain’t no way you make it alone with those feet.”

They rose up laughing and began to walk in the dark eased only by the peeking moon.