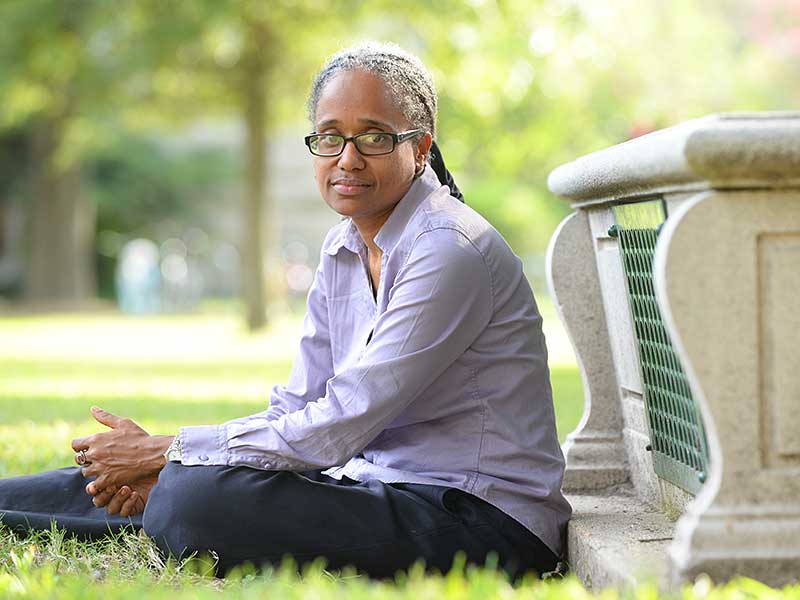 Within days of arriving for a semester at the Gilder Lehrman Center for the Study of Slavery, Resistance and Abolition at Yale University, it was easy to feel overwhelmed by the sheer scale of library, archive and electronic resources available. For researchers in the humanities and social sciences, the Sterling Memorial Library has what can seem like limitless abilities to collect both conventional and digitized materials. For my own work on illegal slave trading in the mid 1800s it is particularly useful that this is one of only a small number of U.S. libraries which owns a complete microfilm version of the single largest document collection from the British Foreign Office concerning British anti-slave trade efforts during the nineteenth century. This collection alone consists of just over 2000 manuscript volumes, or over 1000 reels of microfilm. Although I have spent more than a decade searching for specific materials in British and Spanish archives, this enormous collection is the single most important document source providing context for any research on British slave trade suppression. Having it available for reference seven days week is invaluable in my current work.

The primary goal of my time here is working on a detailed history of a single slave ship case which involved not only violations of laws against slave trading, but also multiple instances of assault committed against Africans aboard the Spanish vessel. Also useful for this project will be the Beinecke Library collection of 750 anti-slavery pamphlets focused on the views of both U.S. and British abolitionists. While the book I am writing focuses on its own story—largely derived from government documents—one of my greatest hopes for the project is to situate that story within the wider context of abolitionist discourse about black rights in the mid nineteenth century. While there is no practical way to make an exhaustive review of abolitionist publications of this era, collections such as the Anti-Slavery Pamphlets at the Beinecke Rare Books Library offer precisely the kind of archival entrée that my contextual research demands. For the specific content of book relating to the illegal slave trade to Cuba, also useful will be the Muriel and William Peters collection, which focuses on the well-known Amistad slave ship mutiny but also includes documents relating more generally to Cuban slave trading between the 1820s and 1850s.

For my writing process itself, the Gilder Lehrman Center annually hosts more than a dozen of 'brown bag' presentations and more formal seminars during my time here. The subject of my current book project is unquestionably grim, but so too is much of the social history of slavery. A major goal of the Center’s brown bag and seminar series is to collectively figure out how to do this kind of writing well. My stay at Yale is mostly supported by a fellowship provided directly by the Gilder Lehrman Center from February to May. The Glick Fellowship from the School of Liberal Arts will allow me to extend my stay into the mid-summer, providing more time for the most thorough use of 1000 reels of microfilm, 750 pamphlets, and whatever other treasures my research uncovers this spring. 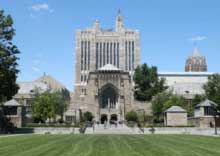 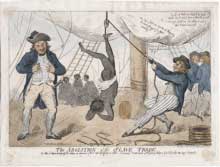 The abolition of the slave trade, or, The inhumanity of dealers in human flesh exemplified in the cruel treatment of a young negro girl of 15 for her virjen [sic] modesty; Cruikshank, 1792