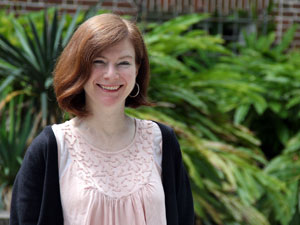 If you've ever taken an art history class, you've probably heard of Giorgio Vasari. In 1550 Vasari published a book on Italian architects, sculptors, and painters who worked between about 1300 and Vasari's own time. Vasari's biographies are filled with lurid stories, but one of the most graphic and gory is about an artist called Andrea del Castagno, who worked in Florence in the years around 1450. According to Vasari, Andrea was a great painter but an evil human being. He became very jealous of another artist, and murdered him in cold blood to get rid of the competition. We now know that the story isn't true (Andrea died four years before the other painter), but it allows Vasari to comment on the violence that he sees in Andrea's art in particular and in fifteenth-century painting in general.

I've been working on a book, Castagno's Crime: Painting and Change in Fifteenth-Century Florence, which begins from Vasari's story. My goal is to use Andrea's work to look at the bigger shifts in art around 1450. Many of our modern ideas about art took shape in Florence in these years: that a painting should be a kind of window onto a world recognizably like our own, for instance, or that individual artists should have individual styles. Andrea del Castagno constantly experimented and he was very successful in his short career, but he also came up with ideas that were not repeated by later artists. His work was, as Vasari implied, a kind of dead-end.

This past year, I was a Samuel H. Kress Senior Fellow at CASVA, the Center for Advanced Study in the Visual Arts in Washington, DC. It was the perfect place to finish the first draft of my manuscript. CASVA is part of the National Gallery of Art, and it was created as a kind of think-tank for art and art history. Scholars, curators, and conservators come together there from all over the world.

My time at CASVA was wonderful and productive. There were ongoing discussions and research forums to exchange ideas and to talk about art history as a field. The National Gallery also has rich collections of Italian art, including two paintings by Andrea del Castagno, and being at the Gallery gave me hands-on access to these artworks.

In addition to my fellowship at CASVA, I gave my first keynote address in Melbourne, Australia, in February, and I was appointed to the international committee to evaluate university art history departments for the Israeli Council for Higher Education. The research leave also gave me time to work on smaller projects - I was even able to weigh a small panel from Duccio's iconic Maestà! It was a good year, and I'm very grateful to both CASVA and Tulane. 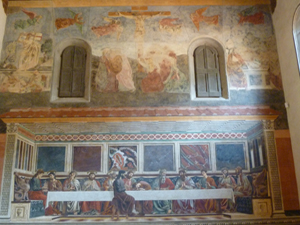 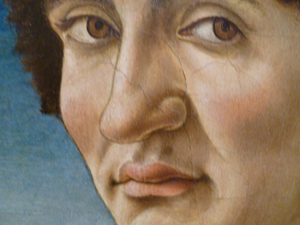