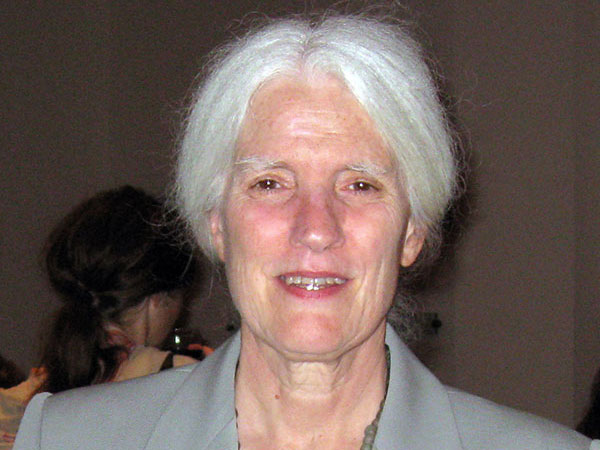 Like colleagues who contributed to the Dean’s Newsletter before me, I will play the role of foreign correspondent reporting back on what is happening in my corner of the world. I am in Paris, France, where the opposition party, the Socialist Left, scored a sweeping victory in the regional elections in late March. I am here on sabbatical leave writing a book on the French notion of patrimoine, i.e. heritage, and because my research often takes me out of the library and into the streets, my first news clip is about the grand mobilization that took place just after the March elections, that is, the national strike that shut down the metro, rail, and other public sector institutions, such as hospitals, schools, parks and gardens, mines, custom check points, and automobile plants. The unions in France are strong, so strong that management even has its own union.

Today’s militants have an advantage over the revolutionaries of 1789, because their demonstrations are orchestrated by Google, whose maps provide meeting places and itineraries for each region. From Rousseau country in the Alps to the French Riviera, strikers are aligned into a hierarchy (the most powerful groups march last) and lodged under banners representing their political stripe, from the Trotsky-Left movement to the more mainstream Marxists, greens, feminists, ecologists, and socialists, all of whom marched this time in unison—a rarity. The operative words here are poverty, precariousness, and exclusion, all problems that shape the political discourse in France. The mobilization is directed in particular against the “reactionary” politics of upping the retirement age to 60 years for full benefits. This does not sound too bad for an American. For a New Orleanian, there was a sense of déjà vu in the march that brought workers down the boulevard towards the Bastille, now a monument, where the French Revolution was born. Stepping to the sounds of rap, reggae, jazz, and percussion, they exuded the festivity of Mardi Gras, also chanting slogans like “We are all Greeks” in solidarity with that nation’s current debt crisis.

Now it is April, and Parisians wait expectedly for the song “April in Paris” to become a reality. The title is a misnomer, because April usually brings chill and heavy winds from the north Atlantic. However, the nation’s capitol had a friend in George Gershwin, whose symphonic piece “An American in Paris” portrays the city awaking from slumber to become a vibrant capitol in its celebration of springtime. Beginning with street sounds of honking horns and traffic jams, the piece moves from a melancholic bassoon to the piccolos of birdsong, to the mellow tones of lovers walking in the city parks, to the buzz of errand boys and flower girls, all sounds evoking Parisian life in the 1920s. The piano then sounds the witching hour, and lullabies suggest dreams that seem to arrive on stardust. Swing, jazz, blues, and sights and colors, all are mixed together into a composition that still gives rhythm to our days. My day?? Well, yes, in fact, as a place where poetry and prose may still come together to make meaning in our lives.