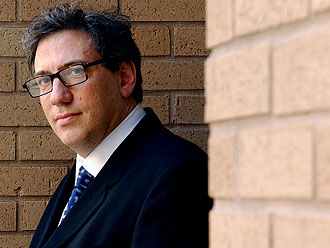 After finishing seven years as director of Jewish Studies and having watched the program grow three-fold in majors, minors, grants, and public lectures, I left New Orleans for what hoped to be a fruitful summer in Heidelberg, Germany. What happened there was shocking.

I had a bike accident (incidentally it occurred right outside the surgical clinic, so all they had to do was drag me off the road and into the building), then my five-year old son made me ride the famous Heidelberg Bergbahn (a train up into the mountains) countless times, and in Berlin, thanks to his love for buses, I saw more of double-decker bus number 100 than I did of the Brandenburger Tor, that imperial gate standing at Under dem Linden, the Fifth Avenue of Berlin. 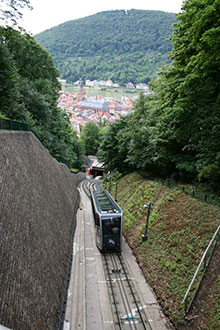 But I had other reasons to feel proud. Chosen as a Humboltianer, a winner of an Alexander Von Humboldt Scholarship, I was a Herr Doktor-Professor in a country where titles such as Baron or Duke still matter. I set down to my research on the Jews of Russia in the Slavisches Institut and their very special library, which at one time was the center for groups of Russian students who lived and studied in Heidelberg in the nineteenth and early years of the twentieth century.

A word on beautiful Heidelberg: it is true that the Nazis wanted to make the city a symbol of an “idealized past,” but before the world had ever heard of Hitler, Heidelberg was famous in the Jewish mind as a Zionist city. Among the professors of math was Hermann Shapira, who before Theodor Herzl dreamed of a Zionist bank for the colonization of Palestine and a Jewish university in Jerusalem. Moreover, the great Hebrew poet Shaul Tchernichovsky and intellectual Leib Jaffe studied in Heidelberg. Among legends about the Russian-Jewish students in the city were night-long debates about socialism and communism accompanied by inspiration and no doubt vodka.

Once settled in, I started work on my project on Jewish nationalism in Russia. In particular, I was reading about Vladimir “Zeev” Jabotinsky (“Zeev” means wolf in Hebrew). Jabotinsky piqued my interest because in his day in the 1920s and 30s, he was one of the most hated Jews in the world. A militarist, he left the Zionist Congress and organized his own Revisionist “Betar” Zionist Party. In response to rising anti-Semitism worldwide, Jabotinsky encouraged Jews to get a gun and learn to shoot it. Self-defense was provocative, but in light of what happened in Europe during the Second World War, can you blame him? When most labor Zionists spoke of peace and cooperation, Jabotinsky warned clearly that the dream of any self-respecting Zionist was a Jewish majority on both sides of the Jordon River and that it was impossible to lie to everyone, to Arabs, the British, and Jews around the world that Zionists were going to be able to gorge a state out of Palestine with the consent of the local Arab population. 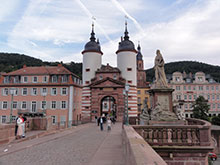 At the same time this same Jabotinsky was indisputably a great writer, a leading talent as a Russian novelist and translator, and a fiery speaker and journalist in some ten languages. Somehow in this country of dictators and German humanism, the paradoxes of Jabotinsky became clearer to me. The ideals of culture as humanism and militarism joined together – Bismark and Beethoven – made me realize how much early Zionism was related to Central European impulses and ideas and the biggest question of all was posed to me: how is nationalism and humanism related and how can peoples be different and unique, retain their culture without the violence and bloodletting that has accompanied nationalism at least until today?

Brian Horowitz is the recent recipient of the prestigious Frankel Center Fellowship at the University of Michigan for the academic year 2011-2012.