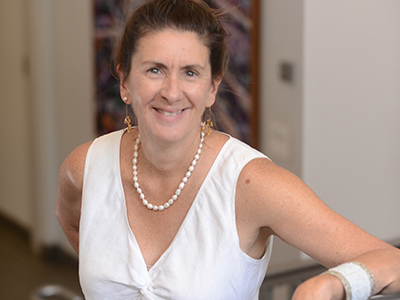 Professor of political science Nancy Maveety, an expert on the topic of the U.S. Supreme Court, is closely following the selection process for a new chief justice.

Somewhat eerily, my new book on the president and federal judicial selection was released just days prior to the death of Associate Justice Antonin Scalia, in February 2016. The nation has already begun what will likely be a long and contentious debate over his replacement for a seat on the U.S. Supreme Court. Picking Judges provides a context for understanding the current and unfolding battle between President Obama and his GOP controlled Senate.

The book is somewhat different than my previous work, in that it is styled as a presidential briefing book offering counsel to a chief executive tasked with staffing the federal courts. Its inception is really owed to my late colleague and friend Thomas Langston, who was the American presidency specialist in the Political Science Department. Tom was the founder and editor of a series of presidency studies titles, each utilizing the executive briefing book concept. What a clever approach, I agreed, to present the academic literature on presidential leadership, foreign policy and diplomacy, and the like in an accessible and exciting way. “You need a book on presidential power and federal judicial appointments,” I chided, “that’s the place where presidential leadership and presidential legacy is really felt.” “Why don’t you write one, then?” Tom suggested, eyebrow raised. And so I did.

For many years, in my Judicial Process seminar, I had taught about the historical development of the Constitution’s appointment power, shared between a president who nominates and the Senate that advises and confirms that nominated candidate. Or does not confirm. Students love those stories of struggles between presidents and senators over judicial appointments, particularly Supreme Court appointments. Surely my prospective readers would too. In preparing the book, I tried to write as if I were speaking, in seminar, conversationally, but also tried to think systematically, to map out the factors that shape and condition presidential choices and senatorial responses.

Picking Judges describes the key transformational events and moments that serve as historical and systemic mileposts--or teaching moments--for chief executives and their staff. Subsequent chapters address the qualifications of nominees, the role of White House judicial selection staff, and the institutional and strategic dynamics of the confirmation process. The book ends with a reflection on legacy, how the lifetime federal judicial appointees may be a president’s most lasting one, in that through the decision making of their judges, presidents’ influence on U.S. policy can endure for decades.

What is Obama’s legacy going to be? The stakes could not be higher in today’s appointment politics. And should a presidential candidate need some sound advice, I know just the briefing book to recommend. 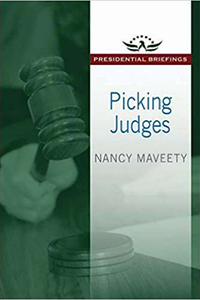