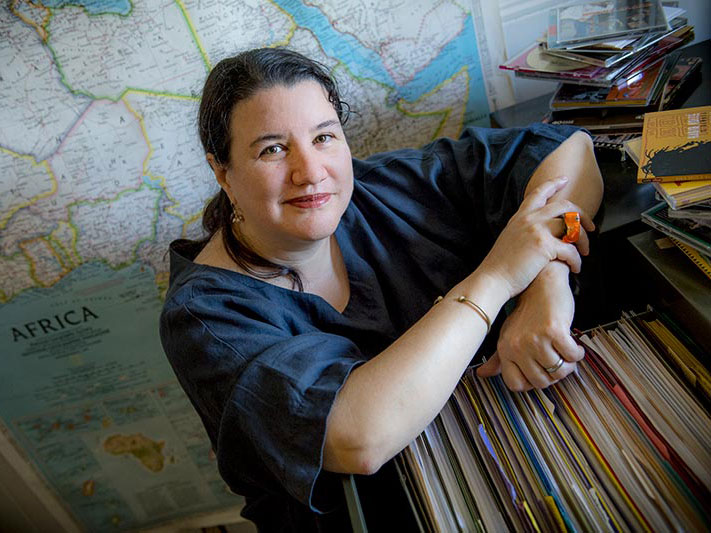 The piles of pink fluff against the curb and brick walls of the picturesque street startled me as I walked to the National Archives of the United Kingdom in Kew, England. I blinked, thinking I was looking at pink snow, and then I realized the “pink fluff” contained piles of flower petals that dropped from the cherry and hawthorn trees in the gardens of the houses on the street. The walk to the National Archives of the United Kingdom is an idyllic trek from the nineteenth-century train station down streets lined with tiny, beautiful gardens, each one unique. While May can be a dreary month in London, rainy and cold, walking to the National Archives, located in the neighborhood of Kew Gardens, is always stunning and it takes away the gloom. However, it isn’t accidental that this walk is so beautiful, this one short street between the train station and the archives encapsulates the British Empire because one of the first things British explorers did when visiting a new territory was collect seeds and send them back to Kew Gardens. Kew Gardens is still an important location for the global collection of seeds and rare species of plants, as evidenced by the recent theft of a rare African water lily that only grows naturally in one place in Rwanda. It was to study the history of the British Empire that brought me to Kew. As a historian of Africa, I focus on British East Africa and the changes brought to the region by the colonial government.

In May 2013, I traveled to Kew, thanks to the support of a Young Mellon Professorship, in order to look at the history of development in eastern and southern Africa. Instead I found many histories of development over the late nineteenth and twentieth centuries. I decided to focus my work on the ways in which Europeans tried to reshape African societies through the creation of model villages. Western missionaries who traveled to the continent in the nineteenth century often set up model villages for their converts, however many of their ideas were used in the recent project of Jeffrey Sachs' Millennium Villages, which led me to the question "why the village"?

What has "the village" represented to both Africans and westerners and why have so many people approached development on the continent of Africa through the form of the village? In the archives of Kew I found records from across the continent discussing the different villagization movements over time. Nineteenth century missionaries used villages in South Africa in order to keep their newly converted flocks living Christian lives. 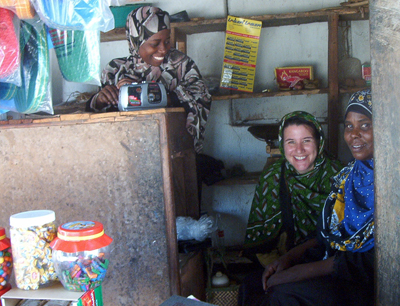 McMahon on the Island of Pemba, Africa

Sometimes villages were developed in order “to teach” Africans western ideals of agriculture, education and public health, as found in Zanzibar. In Zambia and Mozambique, colonial governments created new villages for people displaced by the large dams built on the Zambezi River, in order to power some of the world’s largest copper mines. No single reason existed for creating new villages and yet many of these model villages failed to bring western modernity to African communities. One goal of this project is to think about how we can reconsider (and reframe) the ways in which societies approach development cross-culturally.

As I have worked with the documents I collected from the National Archives in the UK I have come to understand the differing goals of what has been called “development” in Africa. So much of development in Africa in recent years has been defined as a “failure” because African societies are not modernizing in expected ways. I was struck by the question “why did development work so well during the colonial era and not now?” In studying these documents, I have come to see that our narratives of what development was supposed to achieve over time have changed dramatically. Thus, model villages built by the British government were designed to control colonized populations, produce healthier workers to exploit the natural resources of African colonies and rebuild European economies in the post-World War I and II eras. These villages were not necessarily created to modernize African economies, which is what people in the present day presume development in the early and mid-twentieth century was supposed to do. This dynamic is why using model villages in the present day as a development tool has been so problematic, model villages were not designed to industrialize Africa societies. Thus, while development seems to be “failing” I think it is that western approaches to development have been based on practices that were not designed to modernize and industrialize African societies. My research has reinforced to me the importance of looking to social innovation practices, such as collaborative project development between African and western partners, to create successful development in Africa. The Millennium Seed Bank Partnership at Kew Gardens is a terrific example of using social innovation thinking to reframe an old paradigm. All those seeds collected by British explorers are now being used to preserve endangered plant species around the world. Lucky for me, Tulane is one of the schools at the forefront of social innovation in the United States, so my research is a perfect match. 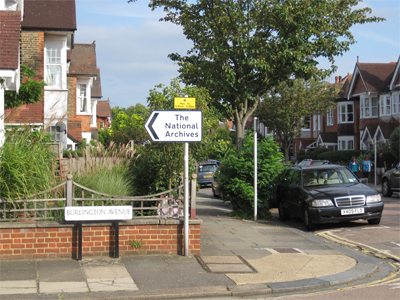