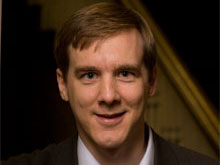 In the first philosophy class I took as a student, the professor said: “The wonderful thing about doing philosophy is that one gets paid for solving one’s childhood problems.” — As a moral philosopher and Kant scholar, I spend my days working on some of the most basic and elusive questions we all face: For instance, what is right and wrong, and why? Or what is the significance of such popular terms as dignity, autonomy and respect for persons? Philosophy is about common phenomena central to our lives, which often defy clear understanding and cannot convincingly be settled by empirical sciences.

For instance, we have feelings and thoughts; these mental phenomena do seem to have a close connection to one’s body, and in particular one’s brain. If one is tired or intoxicated, for instance, the mental capacity is impaired. But is the mind just the brain? If five scientists could look at a brain scan and determine that the person is in love, but if they themselves have never been in love, they would not know what it feels like to be in love. Does this mean that the mind is a separate entity over and above the brain? But if we cannot explain how a brain can have feelings and awareness, the introduction of another entity, a mind or soul, likewise does not explain how this entity can have feelings and awareness.

Another phenomenon is the meaning of language. We speak to each other, in doing so we convey meaning. If you try to warn me of an avalanche, I hopefully understand the meaning of your shouting, and get out of harm’s way. But what is meaning itself? It is not just the subjective thoughts I associate with your words: I might be wrong in my associations, and the same words will evoke different things for different people. On the other hand, it also does not seem to be something objective that exists independently of language users, akin to a world of meaning that would exist in addition to the physical and mental world.

These are some illustrations of basic philosophical problems. My own research lies primarily in moral philosophy, or the question: What ought I to do? My first book was on the idea of human dignity. Imagine the following puzzle: If there is a train heading straight towards five people, may one turn it in another direction if doing so can be expected to kill one person? To many people, it seems permissible to turn the train, and thus to kill the one so as to save five. But most people also believe that one may not kill an innocent visitor to a hospital in order to save five other people’s lives with his organs. What is the difference? When I studied at Oxford the common answer was that killing the visitor to the hospital would have undesirable consequences: No one would visit hospitals anymore. In contrast, I wanted to explore the idea that the visitor has a right not to be killed, and whether the right could be based on the idea of human dignity.

My current research focuses on the nature of moral obligation. What does it mean to be morally bound to perform a certain action? Many people believe that morality involves the idea that one ought to perform an action independently of what one desires. But how can that be? Imagine a situation in which none of your desires speaks in favor of doing the morally right action: A tyrant demands that you give false testimony about an innocent man. If you do not comply you and your family will lose your life, etc. What could underpin the obligation to tell the truth and refrain from giving false testimony? Again it could not just be a subjective feeling. People’s feelings differ, and someone might feel guilt she should not feel. On the other hand, introducing a source of normative obligation outside oneself merely begs the question: Why is one obliged to follow those dictates? What, if anything, could be the source of obligation?

I am spending my sabbatical in Cambridge, where I have been able to attend and give quite a few talks in my field, and where I know the libraries and several people from my graduate days.