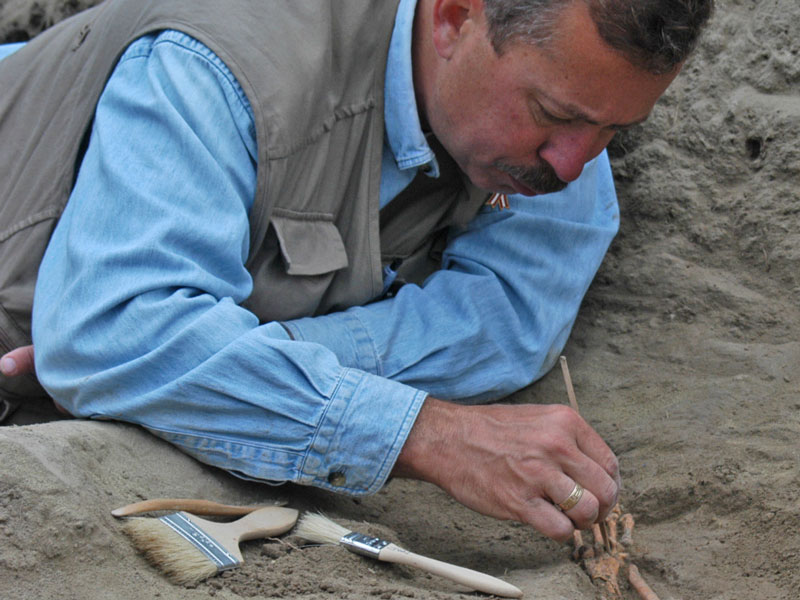 With the help of a sabbatical leave, I’m making 2013-14 my “writing year”, with the goal of finishing a book I have been promising my colleagues for some time now. It is the culmination of many years of data collection at archaeological sites in Peru (where I’ve been doing fieldwork continuously since 1983) and in museums in Peru, Europe, and the United States. The book has been delayed by a few distractions over the years (other archaeological field projects and publications, teaching and mentoring of students, and service at various levels to my department, school, university, and profession), but it is now on the front burner. Its working title is Holes in the Head: the Art and Archaeology of Trepanation in Ancient Peru.

A little explanation for those to whom “trepanation” is not a household word. Trepanation (or trephination as it is also known) is a procedure in which a hole is made in the skull by scraping, drilling or cutting. It is the oldest form of surgery known, dating back to Neolithic times in Europe and to at least the fifth century BC in South America. Trepanation had a surprisingly wide distribution in the past, and survived until recently in a few remote areas of the world.

Why make holes in your head? Well, if you ask a neurosurgeon you'll get some practical answers (they do this on a regular basis), but why would such a potentially dangerous operation be done in ancient times, with what were in most cases simple stone tools? This is something I have pondered for a long time, particularly because I do fieldwork in Peru, which has the distinction of having more prehistoric trepanned skulls (approximately 1,000) than the rest of the world combined. 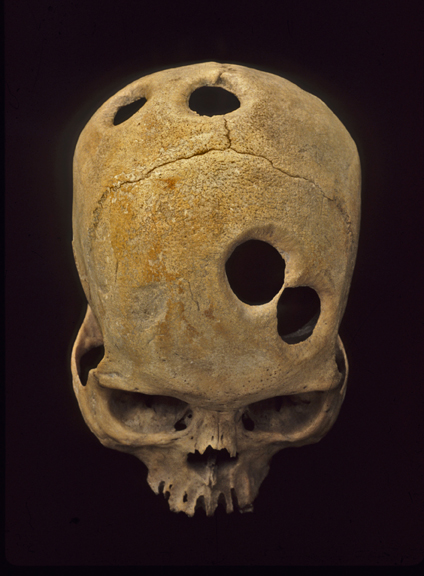 Why was this region a center for trepanation for over two thousand years? Why did the ancient Peruvians do it, and how good were they? Well, to answer the second question first, they started off with rather limited success (as can be assessed by healing of the margins of holes), but eventually, during Inca times, could brag of a 75-80% survival rate—quite a bit better, by the way, than nineteenth century neurosurgeons, who lost up to 90% of their patients to infection and other complications. To answer the first question, there is good evidence that ancient Peruvian trepanations were done for practical reasons: to treat head injuries such as skull fractures and penetrating wounds. Many trepanations are located adjacent to skull fractures. In other cases, however, it is unclear why holes were made, particularly in skulls that have four, five or even seven healed trepanations. Perhaps some patients returned for recurring symptoms such as headaches or dizziness?

Unfortunately we have neither medical records nor eyewitness accounts for these ancient surgeries, so we must rely on what the skulls can tell us. What I hope my book will accomplish is to call attention to a lost chapter in the history of medicine: the story of ancient Peruvian trepanners, who developed an indigenous tradition of skull surgery that flourished in the Andean region for more than 2,000 years.