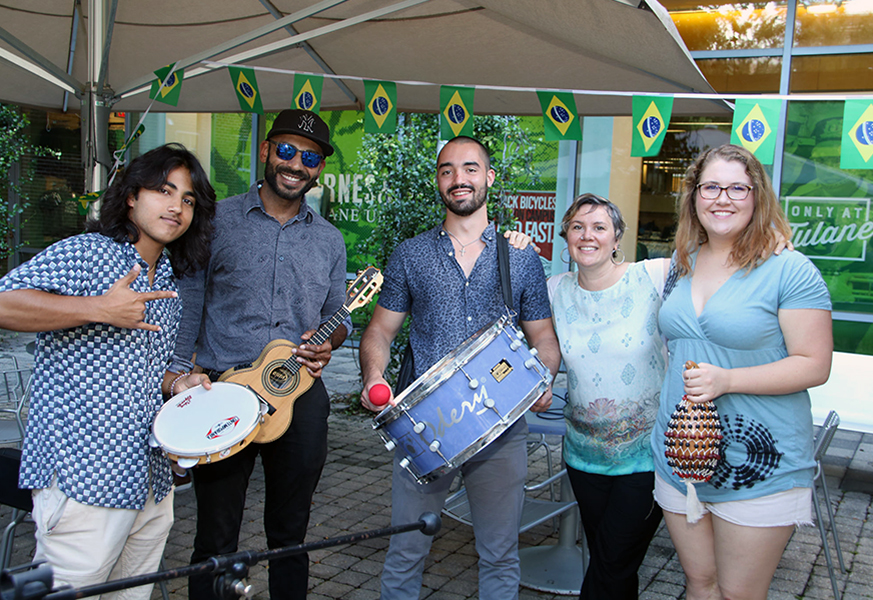 This fall I have had the opportunity to begin my first semester studying Portuguese with Senior Professor of Practice Megwen Loveless. Additionally, I have spent the past few weeks learning different styles of Afro-Brazilian music with Leo Olivera in his Brazilian Music Ensemble. The ensemble, which meets every Thursday, has been an exciting way for me to build upon my knowledge of the Portuguese language.

Regardless of musical or Portuguese language abilities, all students are welcome to join the ensemble. Olivera, who is a musician from Sao Paulo, performs with the New Orleans-based group Amigos do Samba and does a phenomenal job at engaging every member of the Brazilian Music Ensemble. As Maura Skye Turner, a sophomore Altman Scholar majoring in economics and finance, describes, “with Olivera’s direction, I can now play several types of Brazilian music including Samba-Reggae and Forró. The ensemble also provides incredible opportunities to practice listening to and speaking Portuguese, beyond the classroom setting.”

Olivera’s unique style of teaching encourages students to try out different traditional Brazilian instruments. Similar to Professor Loveless’s language learning philosophy, which is “speak to learn, not learn to speak,” Olivera places significant emphasis on experimental learning. Moreover, Alec Devaprasad, a sophomore Altman Scholar studying international development and finance, believes “the ensemble promotes interactive learning and collaboration among peers—whether it be a difficult pronunciation or a tricky new rhythm, the collective nature of the ensemble allows students to learn from each other and to tackle common obstacles together.”

The Brazilian Music Ensemble also offers a multidisciplinary connection to the cultural elements that students study in their Portuguese language classes. For example, professor Loveless recently introduced our class to Candomblé, which is an Afro-Brazilian religion that mixes Christianity with various African religious traditions. After Professor Loveless’s class, it became clear that all the songs we have been learning this semester in the ensemble are related to Candomblé and honor various orixás, who are deities that create a connection between humans and the spiritual world.

I am thrilled to participate in both Intensive Portuguese and the Brazilian Music Ensemble this semester. This course and program make me excited to get out of bed each morning and have completely convinced me to study abroad in Brazil next semester. 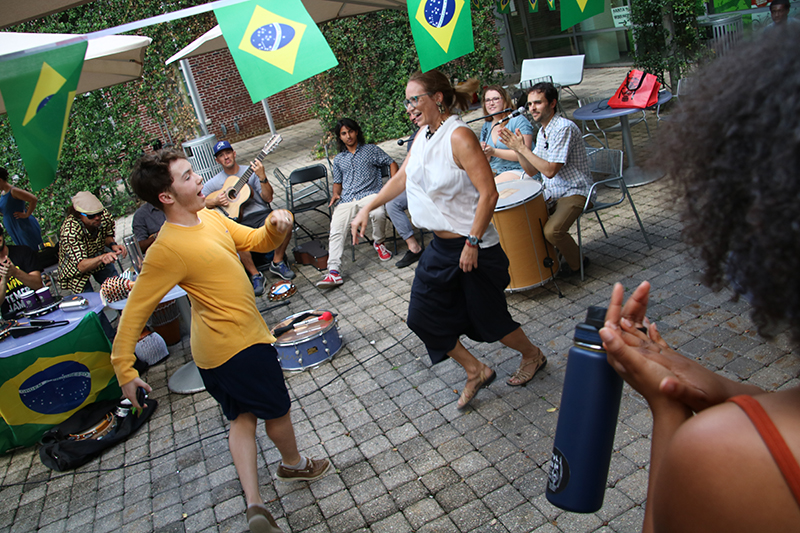 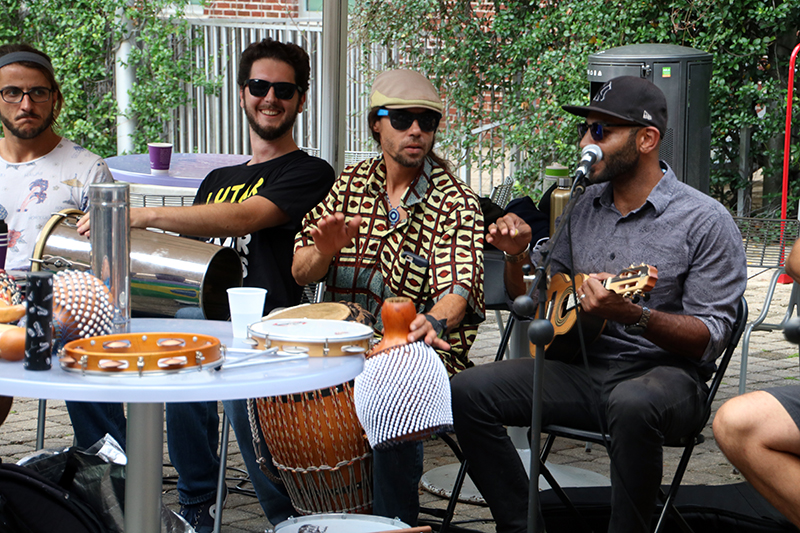 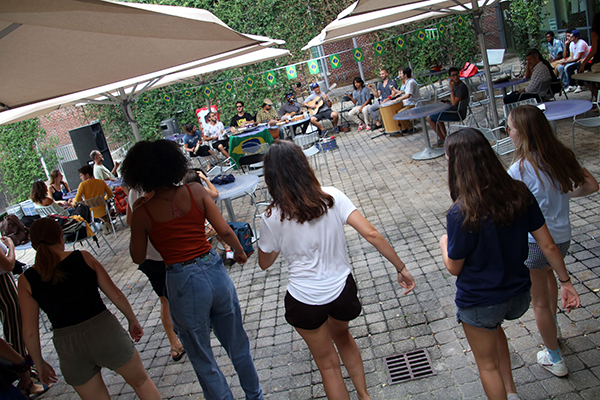 The PORTrait of Brazil event featured live samba music by the Brazilian Music Ensemble and Brazilian food, and was sponsored by Tulane's Center for Global Education, Department of Spanish and Portuguese, Newcomb Department of Music, Office of Multicultural Affairs, and the Roger Thayer Stone Center For Latin American Studies.

Patrick Urbine is a sophomore Altman Scholar pursuing a B.A. in international development and a B.S.M. in business management. While at Tulane University, Patrick has studied Spanish, Portuguese, and Mandarin, and plans to spend his junior year abroad in Rio de Janiero, Brazil, and Bogotá, Colombia.