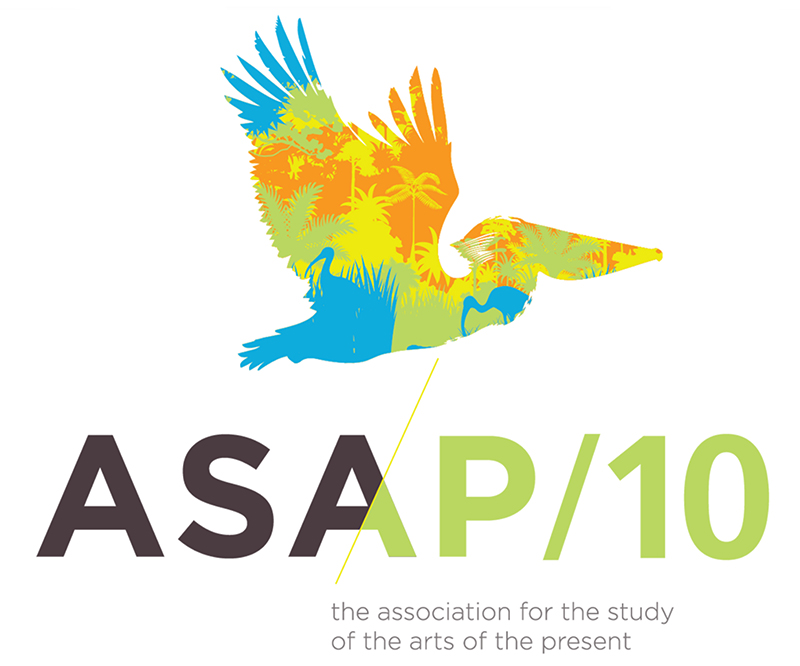 The School of Liberal Arts’ New Orleans Center for the Gulf South and local arts organization Pelican Bomb hosted the 10th annual Association for the Study of the Arts of the Present’s conference (ASAP/10) October 17 - 20, 2018.

Internationally renowned contemporary artists Trevor Paglen and Dread Scott individually spoke at Tulane last week in conjunction with the Association for the Study of the Arts of the Present’s annual conference (ASAP/10). Hosted this year by the School of Liberal Arts’ New Orleans Center for the Gulf South and local arts organization Pelican Bomb, the conference brought scholars and artists to New Orleans for sessions about contemporary art.

Beginning the conference with a discussion on surveillance, power, and visual art, Paglen presented a lecture Wednesday evening for the Sandra Garrard Memorial Lecture Series in the Newcomb Art Department. Paglen’s practice includes image making, journalism, writing, sculpture, and many other disciplines. Throughout his lecture, he shared anecdotes about how he strives to “develop a visual vocabulary” for the internet through his work—from encountering German police as he tried to photograph American intelligence bases overseas, to his interest in what satellites are capturing above us. As Paglen described in his lecture, he explores “image making as a way to exert power,” questioning ownership, government surveillance, and how technology is impacting the way we perceive and interact with each other.

Following a full day of presentations on intersections of visual art, performance art, and music with issues of our contemporary moment, Scott presented a keynote lecture Thursday evening describing his artistic practice of making “revolutionary art to propel the world forward.”

Scott began by asking the audience to engage with the question Do you have hope for the future? He continued, asking questions about whether or not members of the audience felt supported by our current political administration, and protected by police. While humorous in delivery and interaction, it quickly became apparent that Scott was encouraging audience members to think critically about how they could challenge current situations to create a more vibrant and inclusive future. Speaking first about his work “What Is the Proper Way to Display a US Flag,” 1998, which he created as a student at the Art Institute of Chicago, Scott shared that the reactions to this work helped him see that “art could be an important part of changing the world.” He closed his lecture connecting these ideas to his upcoming project “Louisiana Slave Rebellion Reenactment,” which will restage Louisiana’s slave rebellion of 1811 on the outskirts of New Orleans.

The ASAP/10 conference brought together hundreds of artists, writers, and scholars from New Orleans, the nation, and the globe discussing topics ranging from New Orleans and the South, to water, the African diaspora, capitalism, politics, utopias, literature, space, and time among many other subjects.