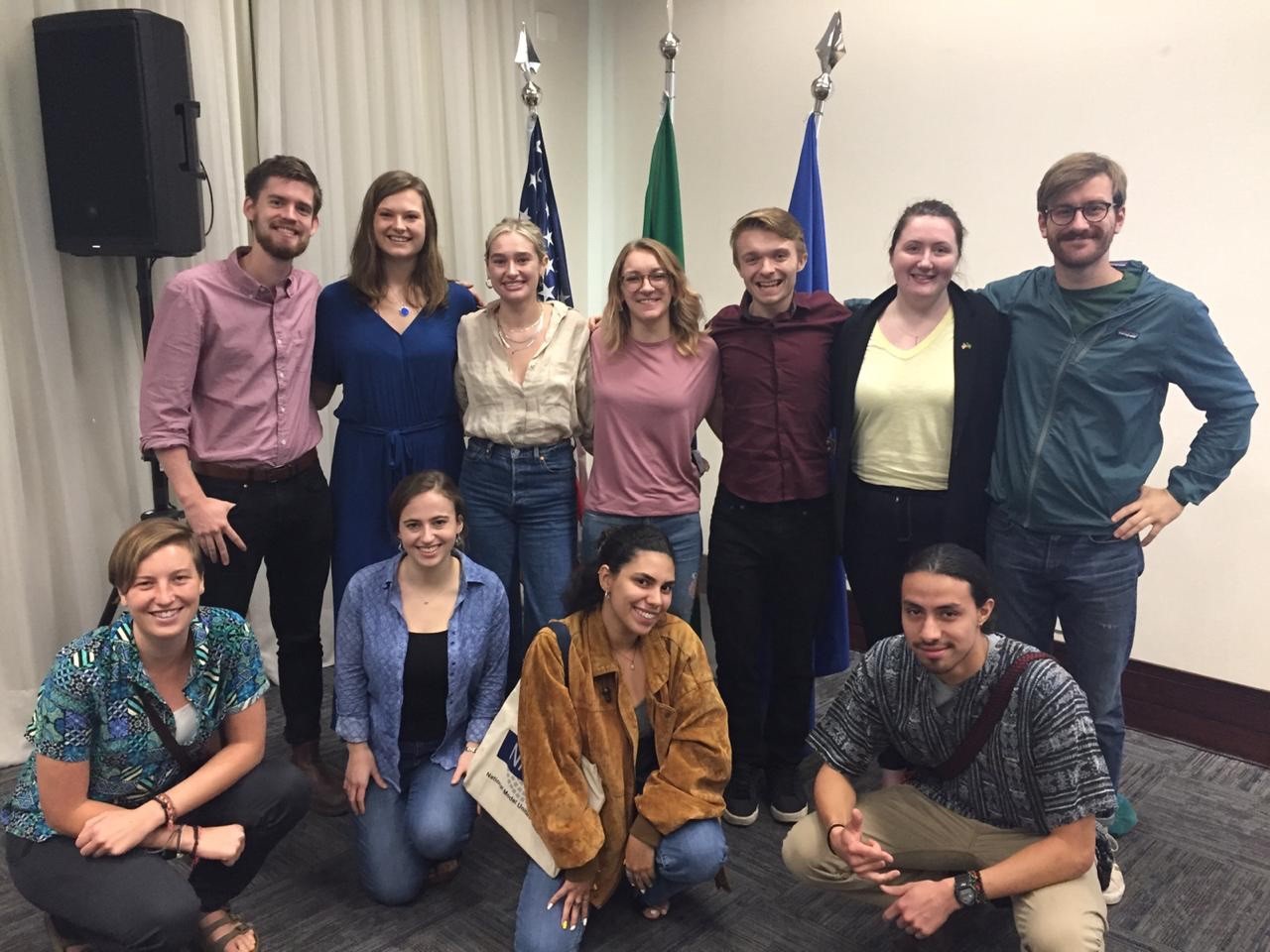 Five weeks after starting his Fulbright English Teaching Assistant position in Brazil, Nicolas Javier Lopez Casertano had to return home to Washington D.C. It was March 2020, and the rapid spread of Covid-19 was being felt worldwide. Suddenly, Lopez became one of the many Fulbright fellows returning home with no plans for the upcoming year.

Deans across Tulane took note of this devastating outcome and responded quickly by developing the Tulane University 2020 Peace Corps and Fulbright Initiative, which offered scholarships and incentives for students returning from their host countries to enroll in the university’s graduate programs. According to James Huck, the graduate advisor for the Stone Center for Latin American Studies, seven new master’s students were admitted to the Latin American Studies Program through the initiative. “These students are very organized and driven, and we’re confident they will create a dynamism in our program and at Tulane,” explained Huck. “Because the students are coming from Peace Corps and Fulbright fellowships, most of them are very interested in linguistics and development issues, as well as issues of race and ethnicity. And all of the students have an abiding interest in studying more about their host countries.”

Huck’s description aligns with the reasons many students chose to apply to the Latin American Studies Program within the School of Liberal Arts, including Lopez. “Tulane is very well regarded for Latin Americanists, but I was also drawn to the Mayan Language Institute and the Foreign Language and Area Studies (FLAS) fellowship,” said Lopez. During his time at Tulane, Lopez hopes to continue reflecting on what he learned and experienced during his short time in Brazil, while also incorporating his other research interests in linguistics, immigration, and community organizing. He looks forward to studying with esteemed faculty such as Judith Maxwell, a professor in the Department of Anthropology who also teaches in the Mayan Language Institute. “My family is from a small town in Guatemala that experienced the genocide against indigenous peoples in the 70s and 80s. I left Guatemala when I was young, so it’s important for me to continue learning about this history and the languages of the area so I can communicate with my family and the community,” explained Lopez. Understanding the region’s history opens doors to examining the disparities within and across Latin American countries and the U.S. “I want to build a portfolio of my own ideas that can help shape the future of these countries, and I’m thankful that Tulane created an opportunity for me to do so when I was no longer able to teach and study in Brazil.”

Huck explains that for many of these students, like Lopez, their work reaches far beyond the academic setting. “The Fulbright and Peace Corps students are excelling academically and involved in community engagement—two pillars of an education we uphold at Tulane. Because of this, many of the students are also interested in translating the community involvement they were planning abroad, to New Orleans.” For Lopez, this means spending his free time in New Orleans learning more about immigrant populations and, hopefully, applying his previous work in humanitarian organizing.