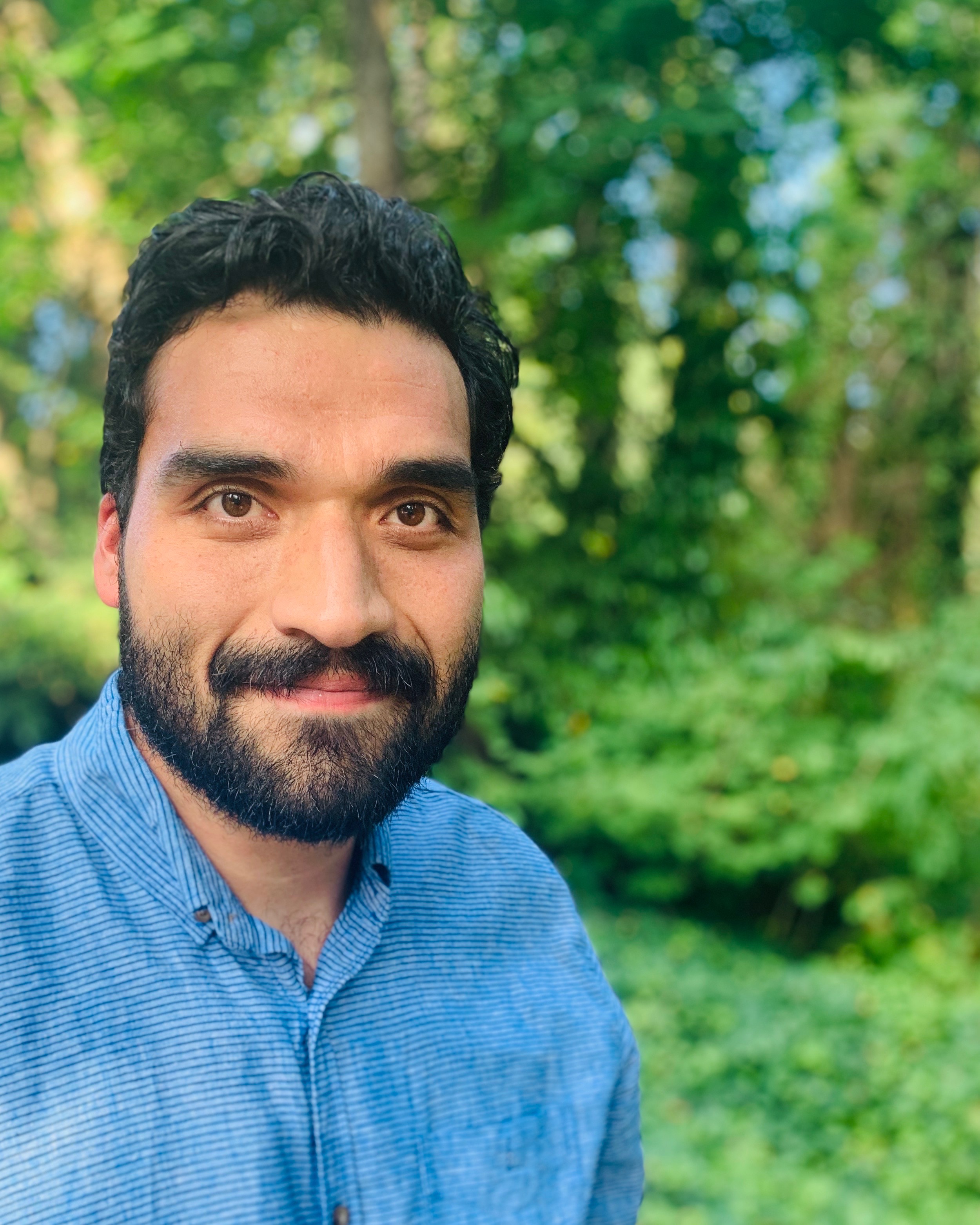 Jesús Ruiz (Ph.D. '20) is the recipient of the 2020 ACLS Emerging Voices Fellowship.

In August of 1791, after a more than decade-long war, African and African descendant slaves in the colony of Saint Domingue revolted against their French colonial rulers, becoming the first nation in the Atlantic World to permanently ban slavery. Their revolt-turned-revolution eventually created the independent nation of Haiti, which was ruled by nonwhites and formerly enslaved individuals. But what can an uprising on a Caribbean island in the 1800s teach us today? Jesús Ruiz (Ph.D. ’20) is committed to investigating this question by highlighting the importance of the Haitian Revolution. “There is a very deep tradition of liberation that comes out of the Haitian Revolution, not just for them as a country, but for the broader Americas and beyond. I believe it's the most important revolution in the Western Hemisphere during the Age of Revolutions,” said Ruiz.

A School of Liberal Arts doctoral alum from the Latin American Studies Program, Ruiz is inspired by both revolutions around the world and Haiti’s presence in New Orleans. As he began diving into the political history of the Haitian Revolution, he quickly realized that the majority of the history had been recorded from Anglo- and French-centric perspectives. Determined to write the history of the Haitian Revolution from a Spanish and West African perspective, Ruiz has conducted research at archives in Spain, France, and Haiti with support of notable programs and organizations such as the Fulbright Institute of International Education and the Schomburg Center for Research in Black Culture. In summer 2020, Ruiz was awarded the prestigious American Council of Learned Societies (ACLS) Emerging Voices Fellowship to continue his scholarship.

Through his ACLS Fellowship, Ruiz is working with the John Hope Franklin Humanities Institute at Duke University, one of the premier destinations for Haitian historians. Throughout this fellowship, Ruiz will be teaching history and digital humanities courses at Duke, working with other professors and professionals in his field through mentorship, and developing his research into additional articles and a book. Tackling a new endeavor, Ruiz will also be learning more about how to share this history digitally.

“The Haitian Revolution is the first ever successful slave revolt-turned-revolution-turned-independent nation-state in the world, and this revolt inspired slave revolts and liberation movements all over the world,” said Ruiz. He points to the fact that Haiti gained independence by emancipating enslaved individuals in 1804, a process that was not mirrored by France until 1848, the U.S. in 1865, and Brazil in 1888. “Even through we’re looking at the 1800s, this history is just as important now as we continue to support ‘history from below,’ as historians of the oppressed say,” explained Ruiz.

Ruiz believes uncovering more complex aspects about the political history of the Haitian Revolution will be empowering for those individuals whose stories have been silenced in the region and around the world. He sees his focus on the digital humanities as an important aspect of this process—increasing digital archives in Haiti can grant access to many historical records that currently remain in colonizing countries, such as Spain and France. “Understanding Haiti’s history, understanding how individuals came together to create a truly free nation, can help us continue the push toward black liberation, especially in moments like we see in our country today,” explained Ruiz. 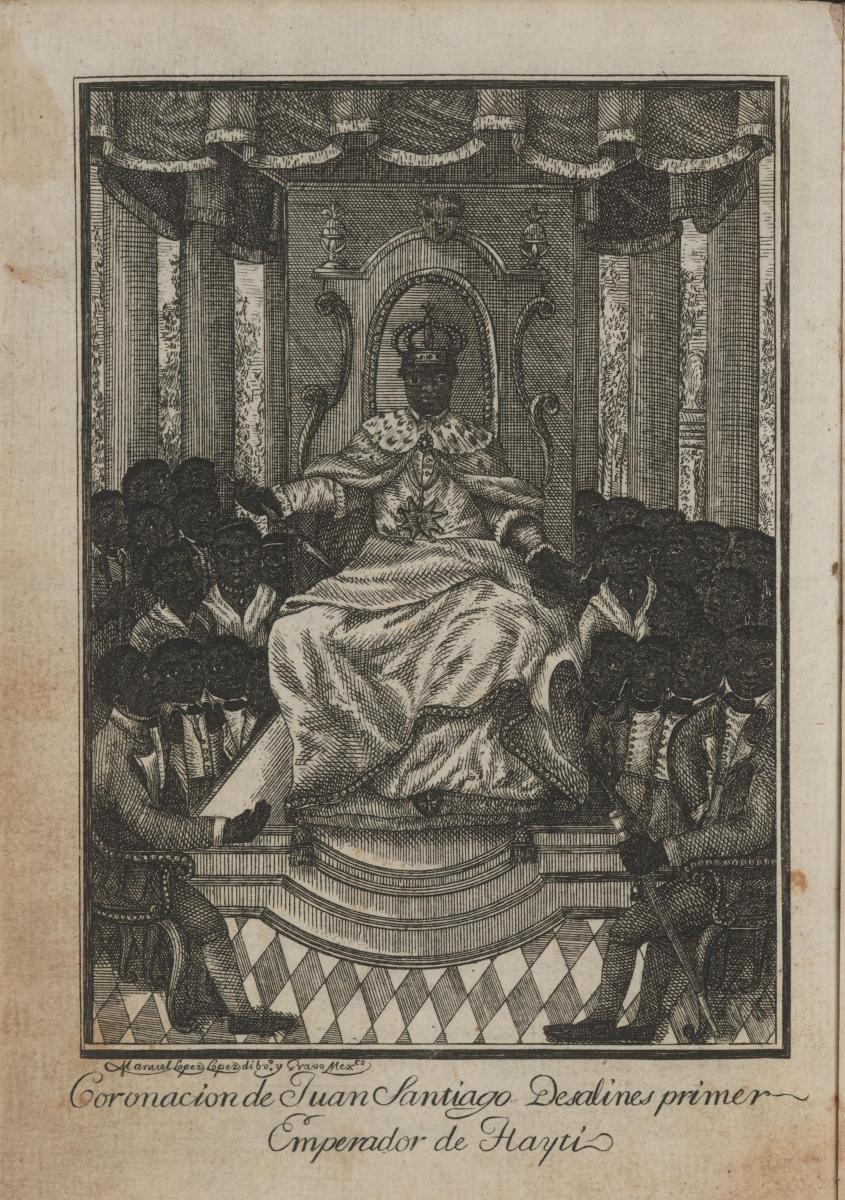 "The Coronation of Jean-Jacques Dessalines, first Emperor of Haiti," from the John Carter Brown Library at Brown University. Image provided by Jesús Ruiz. 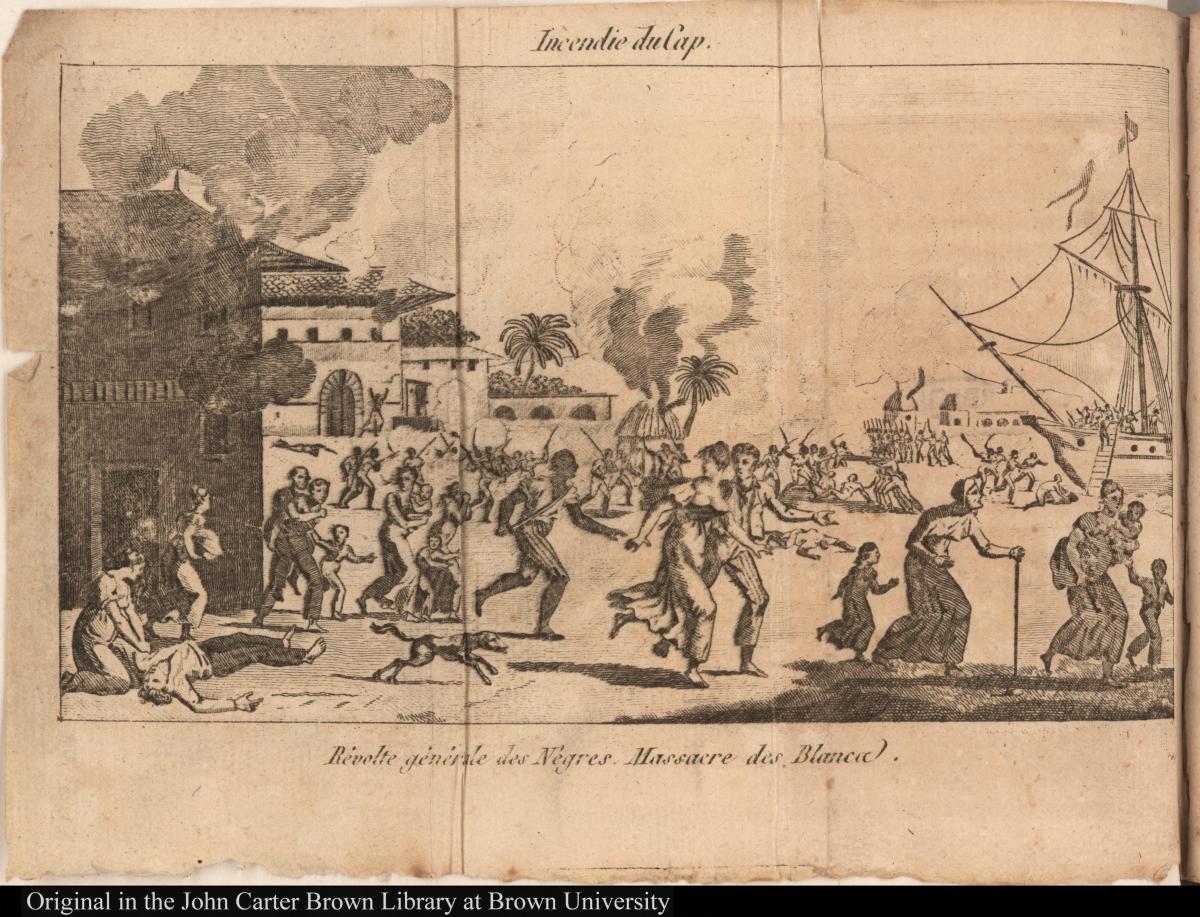 “General Revolt of the Blacks, massacre of the whites," from the John Carter Brown Library at Brown University. Image provided by Jesús Ruiz.