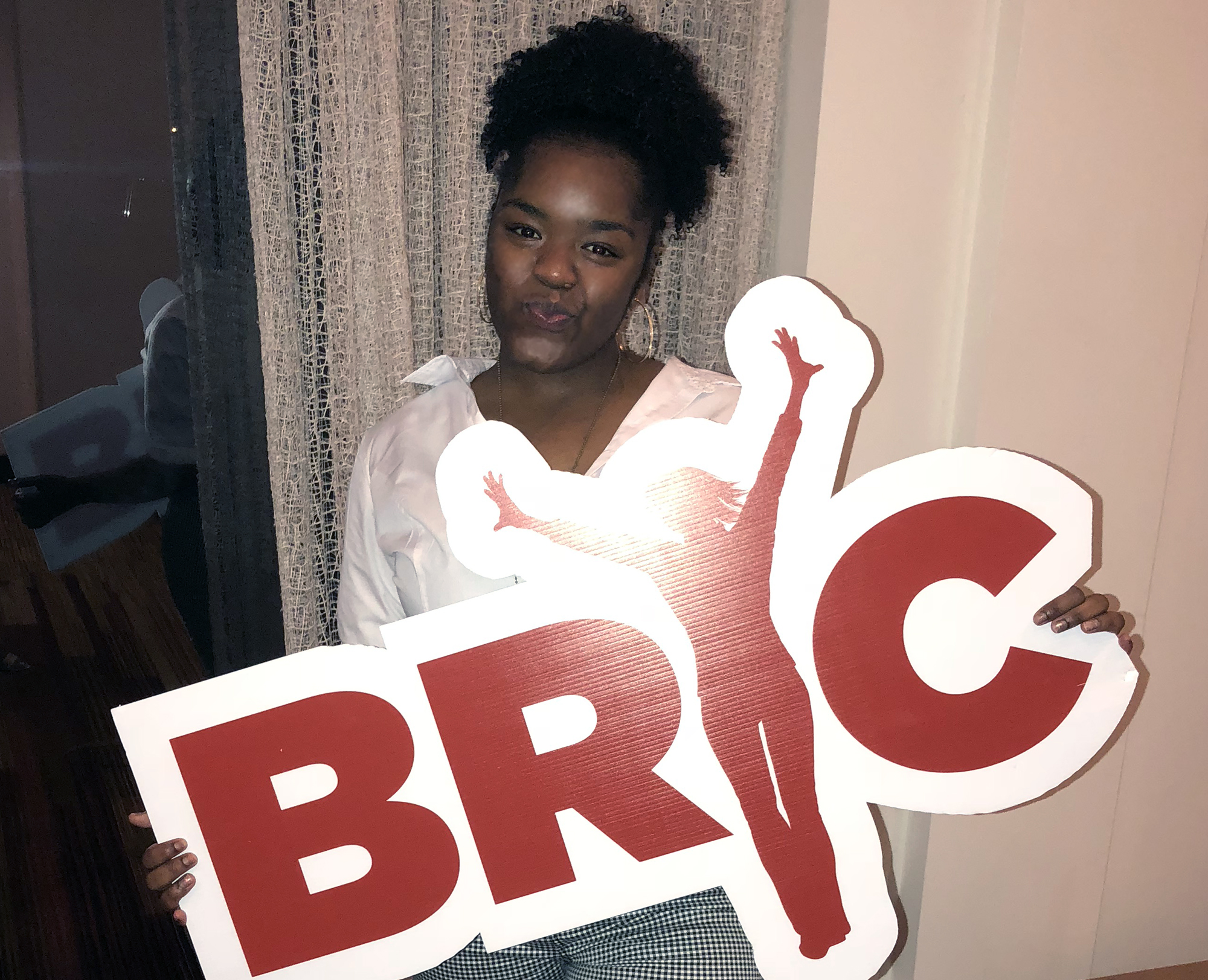 “Share the joy. Share the love,” expressed Ron'Janiele "Nelly" Bruce (SLA ’22). “Sharing only serves us as a society.”

Bruce, a first year student studying social policy and practice in the School of Liberal Arts, was born and raised in New Orleans. After Katrina, Bruce evacuated to Baton Rouge where she lived with her family until just last year, when she moved back to New Orleans and began her coursework at Tulane University. “It was important for me to come back to the city that raised me.”

In Baton Rouge, Bruce began working with local youth and their parents through the Baton Rouge Youth Coalition, an organization dedicated to preparing high school students to enter, excel in, and graduate from college. During this time, the discrepancy in students' access to resources—from transportation to and from school, to healthy meals and tutoring services—to help them excel in school became clear. Since moving back to New Orleans, Bruce has continued to fight for literacy justice for youth in under-served communities. She dedicates many hours each week to Our Voice Nuestra Voz (OVNV), a local nonprofit that is dedicated to building the capacity of parents in the New Orleans area to act as advocates to ensure educational equity for all students. Volunteering with OVNV, Bruce works directly with Latino and black parents in the New Orleans area listening to their needs, learning about the parents’ and their children’s literacy obstacles, and sharing the tools and resources of OVNV, such as English language tutoring. She also promotes the organization’s resources at community events, such as the recent Que Pasa Fest in Metairie that celebrates Latino arts and culture in Louisiana.

In between her coursework, writing and performing slam poetry, and participating in Tulane’s Black Student Union, Bruce continues to make time to give to her community. “Without the resources I had, I wouldn’t be where I am today. I’m so thankful for the people that helped me with my schoolwork, that mentored me, that made sure I was safe, and that pushed me further than I thought I could go—I want to give that back to young people today.”