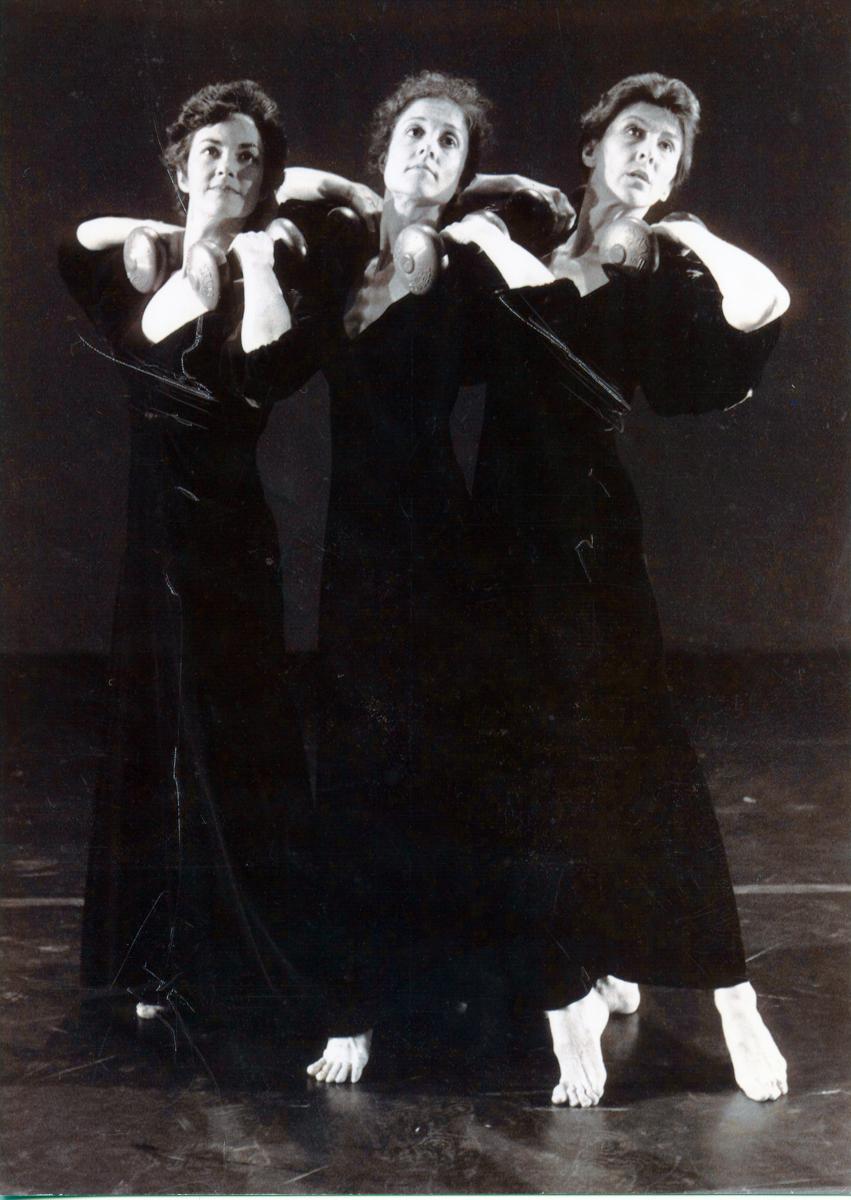 In 1982, professor Alice Pascal Escher joined Tulane’s faculty to teach dance in the women’s physical education department. From the moment she began teaching, Escher worked to establish a dance company that she and dance professor Beverly Trask later founded in 1984. With the formation of the Newcomb Dance Company, the extracurricular dance club that originated in the 1940s morphed into a program that the university recognized academically for the first time, naming dance as a minor in 1985. Since then, the dance program has continued to grow. Today, students can major or minor in dance, and each semester more than 400 students enroll in dance classes in the School of Liberal Arts.

The Newcomb Dance Company will celebrate their 35th anniversary March 22-24 with a series of performances and events in Dixon Hall. The weekend will include performances by more than 20 local and visiting alumni in new dances choreographed by current faculty, as well as Escher, Trask, and professor Barbara Hayley performing “Lullaby,” choreographed by Phyllis Lamhut, which they originally performed together in 1989. Throughout the anniversary weekend, dancers will also perform restagings of pieces that were “set on” the dance company by visiting choreographers in their esteemed Guest Artist Program. Since the 1970s, the Guest Artist Program has welcomed artists such as Kitty Daniels, Jane Comfort, and Robert Small for two-week residencies during which they develop a piece for the students in the Newcomb Dance Company to perform.

The Newcomb Dance Company has grown into a vibrant program welcoming artists from around the world, and as Escher notes, the program embodies more types of dance and dancers since its inception in the 1940s. Now offering courses in classical ballet, modern dance, jazz, hip hop, musical theatre, African dance, Brazilian dance, and tap, the program’s growth gives students many more opportunities to engage with dance. “There are great health benefits in dance, of course, but dance also helps people express themselves through their bodies. It really is a different experience to express yourself physically,” said Escher. “There is a huge level of vulnerability involved—it’s a great way to learn how to take criticism and gain confidence. Moreover, no matter what you do in life, you have to think creatively, and dance prepares you for this.”