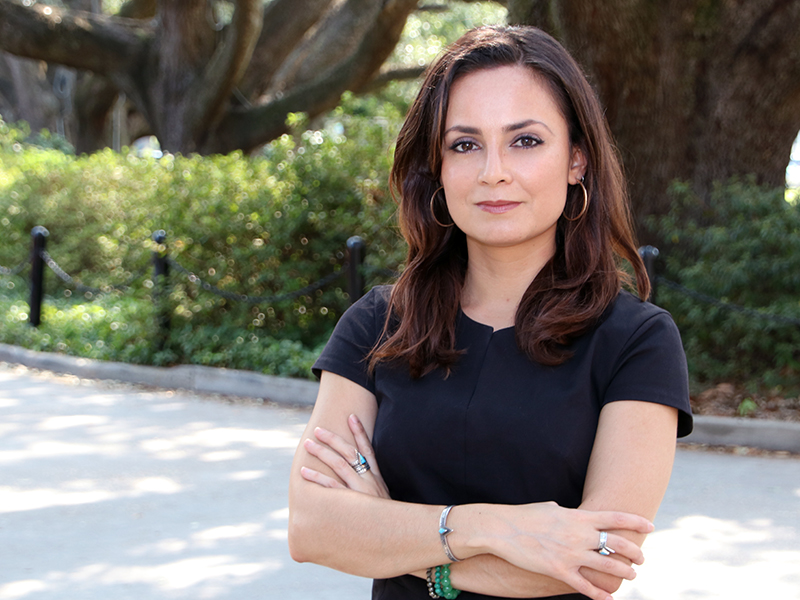 Claudia Chávez Argüelles, professor in the Department of Anthropology.

Each semester, professor of anthropology Claudia Chávez Argüelles poses a brief but provocative question to her students: What is culture? Throughout her introductory cultural anthropology course, Chávez focuses on helping students understand “how we constitute ourselves through culture and the value of different cultural expressions around the world,” as she explains. Amid discussions of intersecting forms of power and oppression along the lines of race, gender, class, sexuality, ethnicity, nationality, and religion, students are challenged to question what they take for granted and learn how human behaviors are not natural or arbitrary, but culturally informed.

“The class is really about paradigm shifts,” says Chávez—a theme that carries over into her more advanced undergraduate and graduate seminars. In her “Indigenous Movements in Latin America” course, Chávez and her students look at cases in Guatemala, Bolivia, and Mexico, studying the structural obstacles that curtail Indigenous peoples’ access to justice, while also analyzing Indigenous movements’ creative strategies of resistance. And through her “Politics of Fieldwork” course, Chávez further prepares her students for anthropological work by encouraging them to be sensitive to the complex positions they will likely find themselves in as they embark on field research. “We come to different settings with our own notions of what it means to ‘collaborate,’ and I try to teach my students that a better way to approach research is to question those notions, become aware of our biases, and to make them explicit to our interlocutors in the field. And from there, to engage in deep dialogue with these actors in order to make their concerns and perspectives the central focus that informs the research questions, methods, and interpretations.”

Chávez often shares her own experiences as both a lawyer and anthropologist when teaching, tying in her research on state violence and Indigenous peoples’ movements and access to justice, mainly in Latin America. Last summer, Chávez continued her fieldwork in Mexico City and Chiapas, Mexico for her forthcoming book on the Acteal Massacre, which occurred in 1997. In this case, paramilitaries targeted Indigenous peoples in the state of Chiapas, killing 45 members of the Maya organization Las Abejas, the majority of which were women and children. Chávez describes the Acteal Massacre as one of the most emblematic cases of state violence that used a paramilitary component where the army supported the assailants, but the government continues to deny this support. “This massacre remains in impunity,” Chávez explains, “and this situation has perpetuated violence in the region, provoking more fragmentations among communities and new forced displacements. Just recently, Las Abejas were the target of another attack by an opposition group, which left many houses and their autonomous health clinic in Acteal completely destroyed.”

“I am interested in this case because it is an example of what happens when Indigenous peoples go to the state courts to ask for justice in cases of state violence. I’m trying to show that it’s a very problematic process, because, in the case of the Acteal Massacre, the testimonies of the survivors were erased from the legal record. That’s how the legal truth about this massacre was created.” Chávez understands how many become frustrated by the tragic outcomes of events such as these, and is often asked how someone living in a different area can help. “There are certain things you can do in the place where you live to make a contribution to struggles for justice. One way to begin is by questioning how you use your privilege to raise some voices above others. The small decisions we make in our everyday lives, such as how we retell stories of violence, can make a big impact.”

You can hear more about Chávez’s current research at Friday’s at Newcomb on Friday, November 8, when she presents her talk “Justice Otherwise: Maya Survivors’ Decolonial Struggle After the Acteal Massacre.” 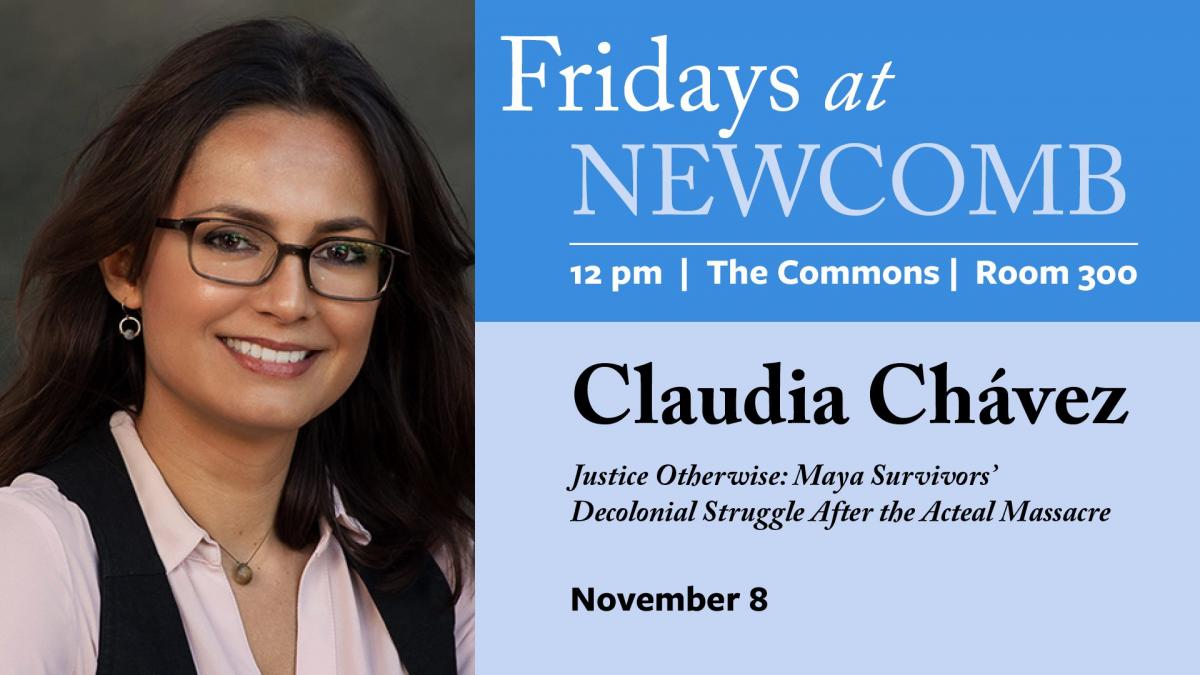