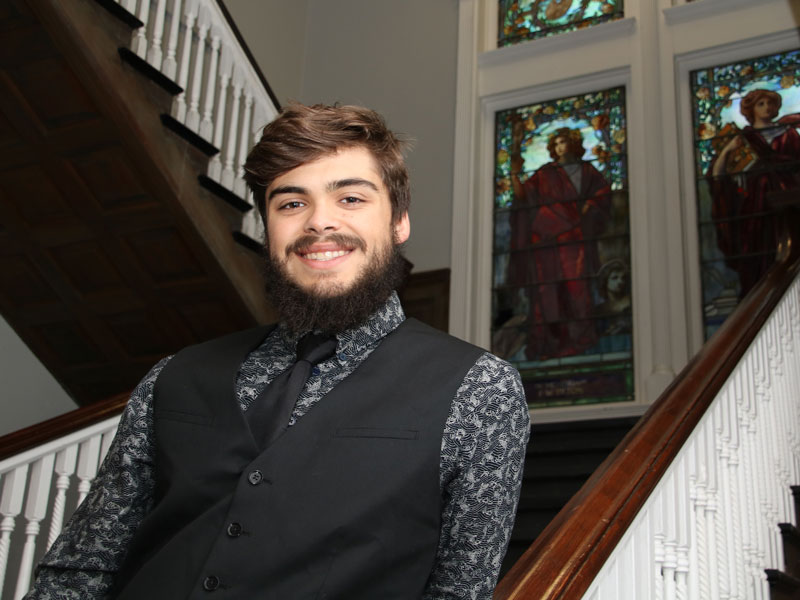 I remember Homecoming weekend of my freshman year like it was yesterday. It was the first time I had seen my family since I had become a “real adult” and gone off to college, and I was eager to show them around campus, drag them into Bruff for a significantly better-than-usual lunch, and introduce them to some of my professors during the School of Liberal Arts open house. As soon as the event opened, I drug them to 112 Newcomb Hall, the home of the New Orleans Center for the Gulf South (NOCGS), and the main office of the Musical Cultures of the Gulf South (MCGS) coordinate major. We were greeted by a warm welcome from Regina, the center’s executive secretary, and I introduced my folks to the current student workers, Clark Executive Director (and Emmy Award winner) Rebecca Snedeker, and Assistant Director (and my MCGS advisor) Dr. Denise Frazier. Then, my mom asked the question I knew was coming: “so… what can you do with a major like this?” The answer that Director Snedeker gave is one that I myself would take to heart and remember more often than any other idea I’ve learned in my undergraduate career: in order to completely and fully engage in democracy and our collective destiny, knowledge of place is incredibly valuable. Or, as we often said during the year that I worked for the NOCGS, in order to understand how and why we are the way we are, we need to understand where we are.

During the first half of my undergraduate career, I took this message to heart. I began to ask questions and dig deeper into the strange and complex history and geography of a city with a world-wide reputation for being unique. During my time as an MCGS major, I’ve learned about the rich heritage of the black community in New Orleans by observing the Skull and Bone Men wake up the 7th Ward on Mardi Gras day, while also learning of the atrocities and systematic racism committed by the white ruling class of the city, whose lasting effects can be seen throughout the same neighborhood. It was during my year abroad, however, that I was able to truly understand the value of understanding place.

I was fortunate to spend my Junior year abroad at the University of Edinburgh in Edinburgh, Scotland. The first day I arrived, I realized that, while the language spoken in my new home was the same, the place was completely different in every sense of the word. So, using what I have learned in my time in the MCGS program, I started engaging directly with the community, and began understanding Edinburgh as a place. As a member of the Edinburgh University Cycling Cub, I learned about the benefits of placing the medieval city between the famed “seven hills of Edinburgh.” During an out of class discussion with a classmate, I was able to remove the rose-tinted lenses of American exceptionalism, as I learned of the enormous sacrifices the Scottish made during the two World Wars, most of which came before the United States decided to join the conflict. I also learned of the deep history of tension between Scotland and the United Kingdom, and witnessed it firsthand, as massive groups of people donned their Scottish flags and marched on parliament as the UK left the European Union. After learning about Edinburgh as a place, I was better able to understand and more fully engage in the community in which I lived and make the most of my study abroad experience.

As I look forward to my final year of undergraduate study, I can’t help but look back on what I’ve learned so far. No matter where I end up, be it Edinburgh, New Orleans, or anywhere in between, I have learned to appreciate place. Thanks to the New Orleans Center for the Gulf South, I now have the tools understand where I am, and be a better citizen.