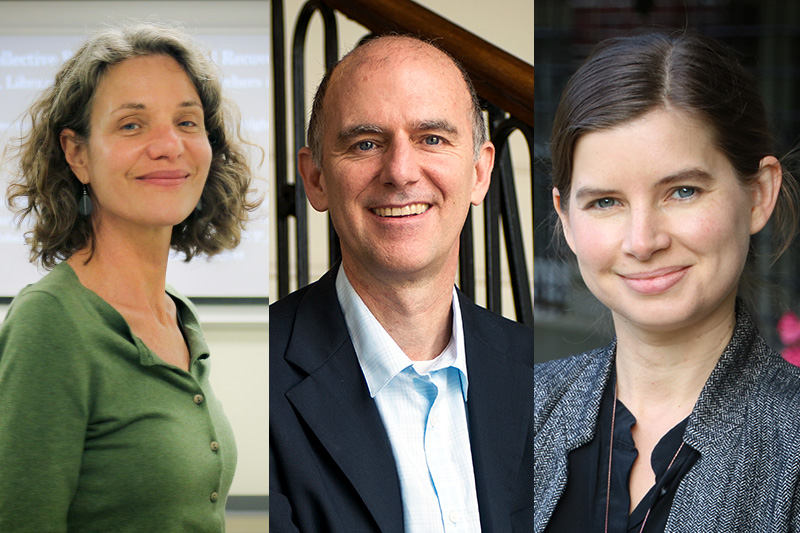 From left, Kate Adams, an associate professor and holder of the Martha McCarty Kimmerling Chair in Women’s Literature in the English department; Elio Brancaforte, an associate professor of German and chair of the Germanic and Slavic Studies department; and Allison L. C. Emmerson, an assistant professor in the Classical Studies department, are the recipients of prestigious fellowships from the American Council of Learned Societies. (Photos provided)

Three Tulane University professors in the School of Liberal Arts have been awarded prestigious fellowships from the American Council of Learned Societies, the preeminent representative organization for humanities and social-sciences scholarship in the U.S.

“For three Tulane scholars to win ACLS fellowships is a remarkable achievement.”

A private, nonprofit federation of 75 scholarly groups, the ACLS awards fellowships for either one semester or one academic year of research.

“For three Tulane scholars to win ACLS fellowships is a remarkable achievement,” said Robin Forman, senior vice president for academic affairs and provost, “one highlighting Tulane’s strong commitment to scholarship in the liberal arts, and befitting Tulane’s standing as one of the nation’s most distinguished research universities.”

Adams’ project focuses on how African-American writers and artists recast the relationship between race and global capitalism in the decades following emancipation.

Brancaforte, as part of a team with co-investigators at Florida State University and The Ohio State University, examines images in the 16th-century accounts of European explorers in Africa, Asia and the Americas.

Emmerson draws upon her excavation experience in Pompeii’s ruins to argue for how tombs were active spaces central to ancient social, religious and economic life.