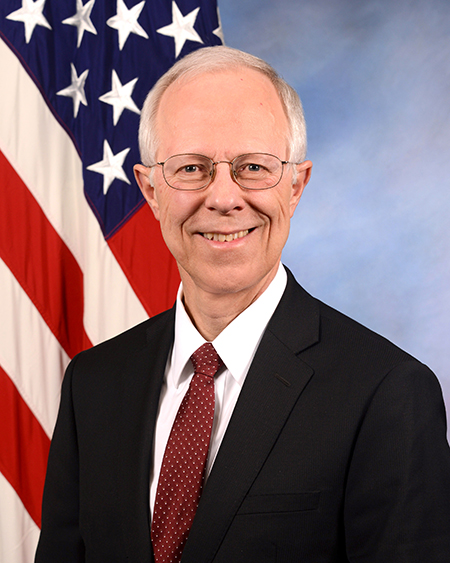 We all know that SLA students are bright and inquisitive. Daring to step outside their comfort zones – whether through study abroad, service learning, internships or challenging majors – they leave Tulane with skill, experience, and confidence. As a snapshot of just a few of our current graduating students makes clear, their visions have expanded; their horizons are nothing short of limitless.

David Berteau, a 1971 Tulane graduate, went from being a college student challenging the use of military force during the Vietnam War to working in the top leadership at the Pentagon. Just last year, President Obama nominated him as assistant secretary of defense for logistics and materiel readiness.

“These were really dynamic times to be asking the fundamental question, of ‘why are we here—in life and at Tulane—and what are we trying to do?’” says Berteau, a native of Ponchatoula, Louisiana, a small city north of New Orleans.

At Tulane, Berteau majored in English and minored in French, philosophy and mathematics. After graduation, he ran food co-ops, in Atlanta then Austin, Texas, as part of his belief in community-owned businesses as an alternative to chain-store capitalism.

“I had a view as a radical activist that you couldn’t change the system from within,” Berteau says.

Then, in 1977, he took a life-changing class with Walt Rostow, one of the principal defenders of the Vietnam War and adviser to presidents John F. Kennedy and Lyndon B. Johnson.

Berteau challenged Rostow on the Vietnam War after every lecture. Through the experience, Berteau came to a realization that it’s a self-manifesting outlook to assume that the system can’t be changed from within.

“I realized that maybe in fact you can, and it’s worth a shot,” Berteau remembered in his acceptance speech for the 2013 Distinguished Public Service Award from the Lyndon B. Johnson School of Public Affairs.

Early in his career, he worked in leadership at the Department of Defense under presidents Ronald Reagan, George H.W. Bush, and Bill Clinton.

Berteau credits his wide-ranging liberal arts education at Tulane as preparing him for a career that has crossed boundaries, both philosophical and practical. “I wasn’t prepared for anything in particular, but I was prepared for nearly everything.”

Over the decades, his career has moved between positions in government, academia, lobbying and think tanks. Most recently, he was a senior vice president at the Center for Strategic and International Studies, a Washington, D.C. think tank.

Berteau sees a common thread between protesting a war and working inside the Pentagon. Both seek, “a path to a stable, peaceful world in which all of humanity can thrive and aspire to a better life.”

His advice for Tulane students who want to pursue a career in public service: take the long view.

“I’ve been at this business in Washington for 35 years,” he says. “I get up every morning looking forward to going to work. You have to take the long view if you’re looking to make the planet a better place to live. Your work is never finished. You have to get comfortable with the infinite pursuit of the better life.”