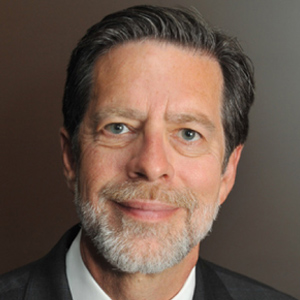 Wilson Magee, Tulane alumnus and chair of the School of Liberal Arts Dean’s Advisory Council, has recently made a gift that will have a lasting impact on the mission of the school and SLA’s New Orleans Center for the Gulf South. Through his generosity, the Center will begin work on a new online journal, Gulf South: A Journal of Call and Response.

Set to debut in 2017, the journal will publish essays by individuals who are awarded the Center’s prestigious Monroe Fellowships, a program designed to support key research on the region. According to Rebecca Snedecker, the Clark Executive Director of the center, “The journal will build on and amplify the success of the prestigious Monroe Fellows Research Grant program. Past recipients have excelled in a variety of disciplines and their work has met much acclaim.”

Snedeker envisions the journal to appeal to the general public, widening the reach of Monroe Fellows’ innovative research. Each essay will be specially written for the journal, appealing not only to scholars but to the broad community. This format will allow authors to publish their research in greater detail in academic journals as well.

The subtitle of Call and Response pays tribute to the interactive call-and-response traditions in the music of the Gulf South. “Each scholar’s essay will serve as a call, and each will be followed by two or three responses created by select community members, experts, and artists who have been invited to engage with the scholarship. These responses may take the form of a piece of artwork, a poem or short composition. Our hope is that the ways in which the responses connect with the essays will be enticing not only for general readers but also, hopefully, for the scholars as well,” Snedeker says. “And this format frames the scholarship as offerings to which anyone can relate.”

None of this could have occurred however, without the generous support of Wilson Magee. Magee, who majored in history and English literature at Tulane, is a Jackson, Mississippi native and is drawn to the many activities of the New Orleans Center for the Gulf South because of his strong roots in the area.

Now an investment manager in New York City, Magee welcomes Snedeker’s plans to build on the Gulf South Center’s strengths, both in terms of the online journal and in expanding the center’s reach into areas such as environmental studies. “I think there are many interesting opportunities for the center both academically and in terms of its potential influence on public policy,” Magee says. “The entire coastal region is one of the most important wildlife estuaries in North America and potentially the world. It should be clear to everyone how important this area is to the Gulf South and to the nation.”

Magee says that the center’s future possibilities are limitless. “I’m very optimistic about potential directions that I think the Gulf South Center can go from here.”