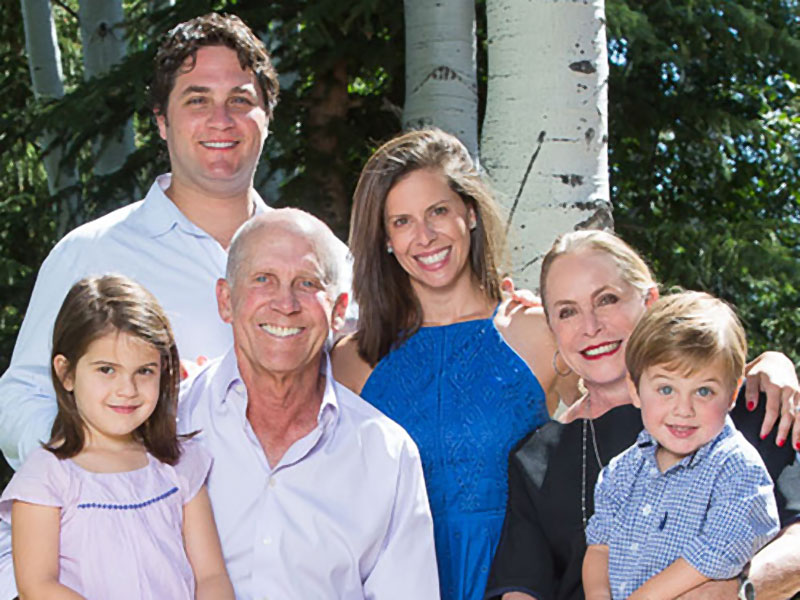 NEW ORLEANS - Last spring, over mulberries and pastries, I was fortunate to meet Ashli Rosenthal Blumenfeld (NC ‘03) and Todd Blumenfeld (B ‘03). Not far away, the sounds of the annual Tulane Crawfest were revving up, a perfect soundtrack for learning about the Blumenfeld’s love for Tulane, appreciation for Gulf South culture and cuisine, and desire to continue a family tradition of philanthropy tied to Ashli’s family’s fifth generation food research and distribution business in Texas. This dynamic young couple were in town to consider their first significant gift to Tulane, and they knew they wanted to explore ways to give back to the Gulf South region. As Todd explained, “Part of Ashli’s family’s—our family’s—culture is to give back and to help take care of the places that have taken care of you.” As director of the New Orleans Center for the Gulf South (NOCGS), I shared our team’s goal to cultivate respect and understanding for one another and this region through place-based interdisciplinary programming. I admitted that an essential area of inquiry has largely been missing from our programming: Gulf South foodways.

Fast forward months later, and I’m grateful to share the news that the Blumenfelds made a major gift to create the Rosenthal Blumenfeld Endowment to support the exploration, documentation, and study of the diverse food cultures of the Gulf South. The Rosenthal Blumenfeld gift will empower NOCGS to cultivate a program that deepens understanding of the role of food in our lives, economy, and environment and celebrates our region’s rich culinary traditions. The gift has already sparked adventure and developments, as we at NOCGS begin to shape plans that will touch students, faculty, and community members. We’ve begun meeting with scholars, oral historians, chefs, and merchants from the region whom the program may engage. NOCGS is supporting a course next spring called “Food, Migration, and Culture,” and a newly proposed TIDES (Tulane Interdisciplinary Experience Seminars) course about Gulf South foodways is now integral to plans for Third Coast, a Gulf South residential learning community for first-year students that will launch next fall, with access to a demonstration kitchen.

“It’s wonderful that the gift is already having an impact,” Ashli reflected recently. ”I’m hoping that it will also inspire other people our age to give to Tulane.” Her parents already have seen the tremendous potential to impact the region. When William “Billy” and Rozanne Rosenthal, P’03, learned about the establishment of the endowment, they decided to match Ashli and Todd’s gift and offer a challenge to their friends to contribute, too. Their daughter is thrilled, “It means so much to me, that they’re asking their friends to do something on our behalf.” For NOCGS, the Rosenthal Blumenfeld Endowment is transformational and will allow us to launch and sustain a dynamic program for many years to come, nourishing many here on campus and beyond.

Rebecca Snedeker is the James H. Clark Executive Director of the New Orleans Center for the Gulf South.